California Home and Design had a spread on Australian writer David Warwick Francis’ home. The “cottage” has some nice elements to it but overall I’m not crazy about it. Then why write about it? Because I do love when one is able to deconstruct the various elements that make up a room. I think it is particularly useful in discovering one’s own tastes. 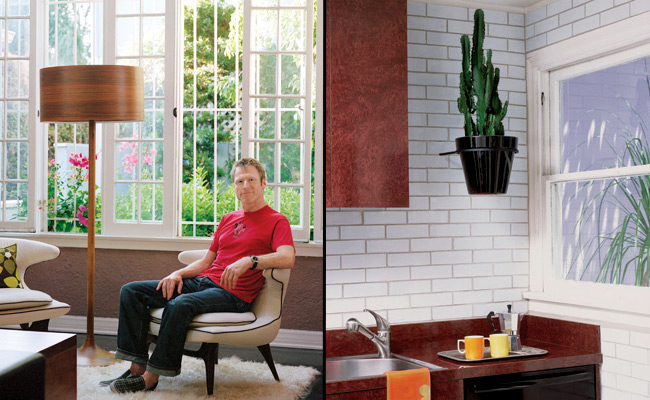 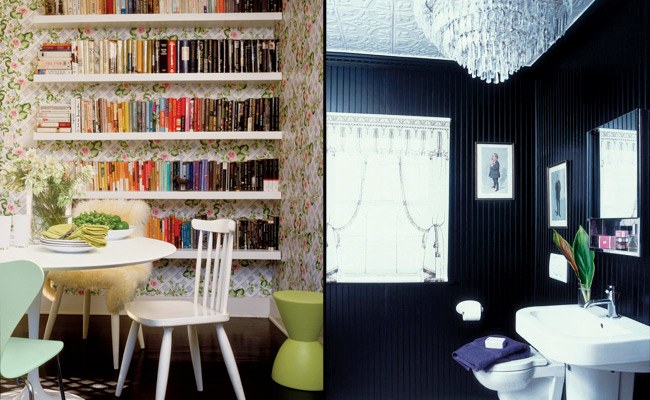 I do like this library room. Notice how the books are organized by color. That was a creative idea…at first. Recently I’ve been seeing a lot of it and the excitement is starting to wear off.

Now let’s take a look at some of the components that make up this room. Argentinean designers/brothers Juan Diego and Fernando Gerscovich were partly responsible for the overhaul of this home. A lot of the pieces that were used were from their design studio, Sundayland, which was established in 2003. For example, the “Woody Walnut” lamp in the living room.
What I like about the library room is the mixing-and-matching. The floral country-style wallpaper combined with the modern oval furniture makes for an interesting contrast. Some of these elements include Eero Saarinen’s pedestal table  and Philippe Starck’s Prince AHA Stool. Although it’s hard to tell… is that Arne Jacobson’s 7 Chair that is getting cropped in the left corner? 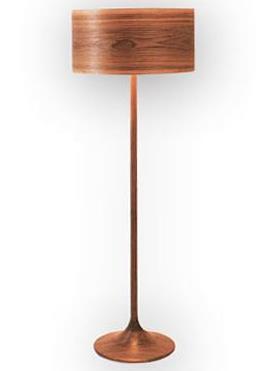 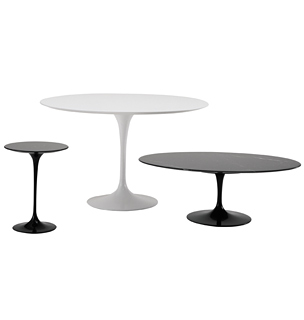 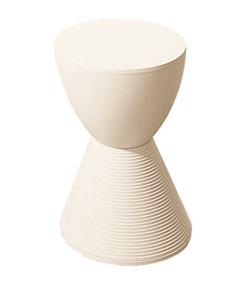 The bathroom combines classic Duravit  fixtures (I think it’s the “D-code” series) with this “Sylvia” chandelier from Sundayland. 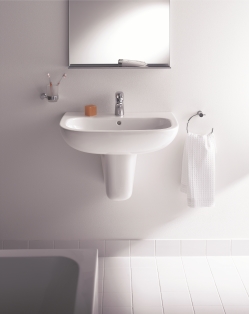 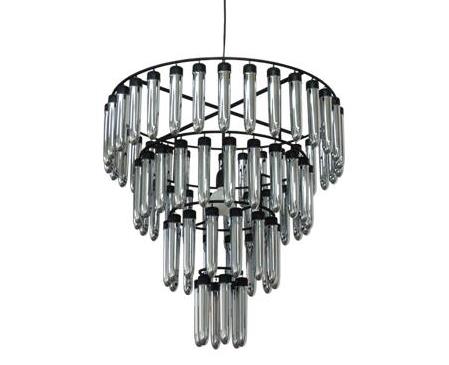 One Week of Cafes