November 15, 2007 / Johnny / Comments Off on Pius Walker for Amnesty International

I think these site-specific advertisements for Amnesty International, titled “not here but now” are magnificent and very telling. We so often watch the news and hear about horrific incidents happening all around the world, but then somehow dismiss them as if they were just a movie. However, these advertisements are effective because they invade our territory and place those horrific incidents in a context that we associate with. Absolutely stunning! Creative Director Pius Walker was responsible for series of 11 different advertisements, which won the 2007 Cannes Lions golden award. 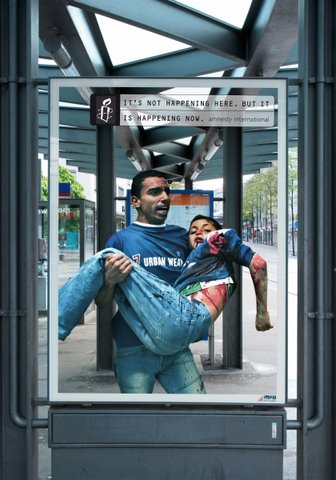 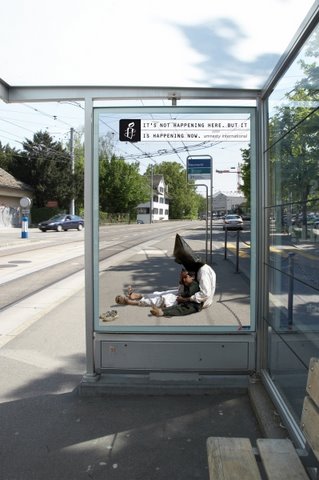 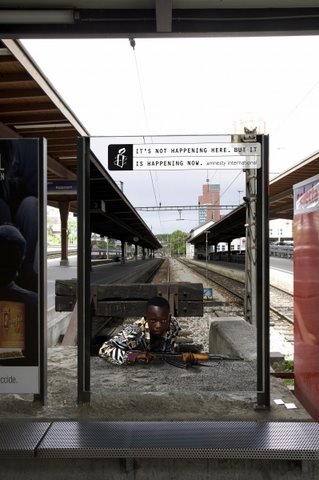 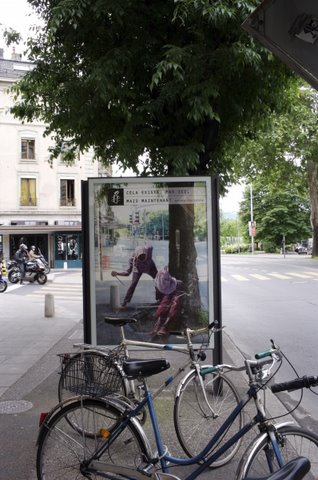