What a messy messy morning here in NYC. The snow looked so pretty last night until someone had to go and mess things up by turning on the rain…. I wish I was here ↓↓ right now, sitting by the river, sipping on a beer. 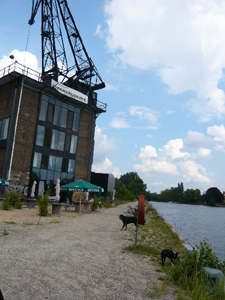 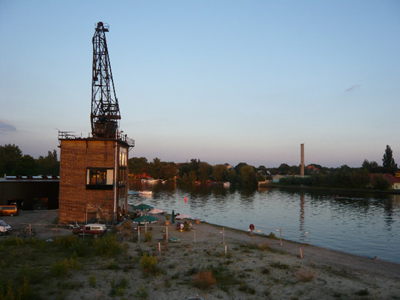 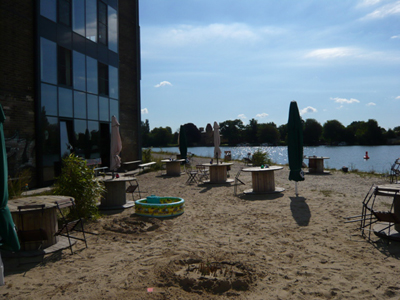 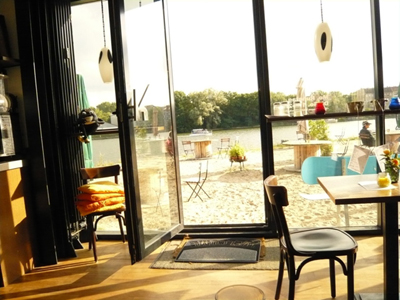 I don’t speak German but let’s just pretend that Kranhauscafe means “crane house cafe.” This structure was built in the 1960s after Germany emerged from a near-total collapse of their country and transitioned into a period of prolonged economic growth (Wirtschaftswunder). This crane house had been rusting for over 30 years until the current owner fell in love with it when he spotted it on a bike ride one day in 2002. He immediatly negotiated with the city to sell him the building, which he than fixed up a bit, per the photographic evidence. The first floor is a cafe that has become a darling to the locals. There is also a loft space upstairs where visitors can spend the night!