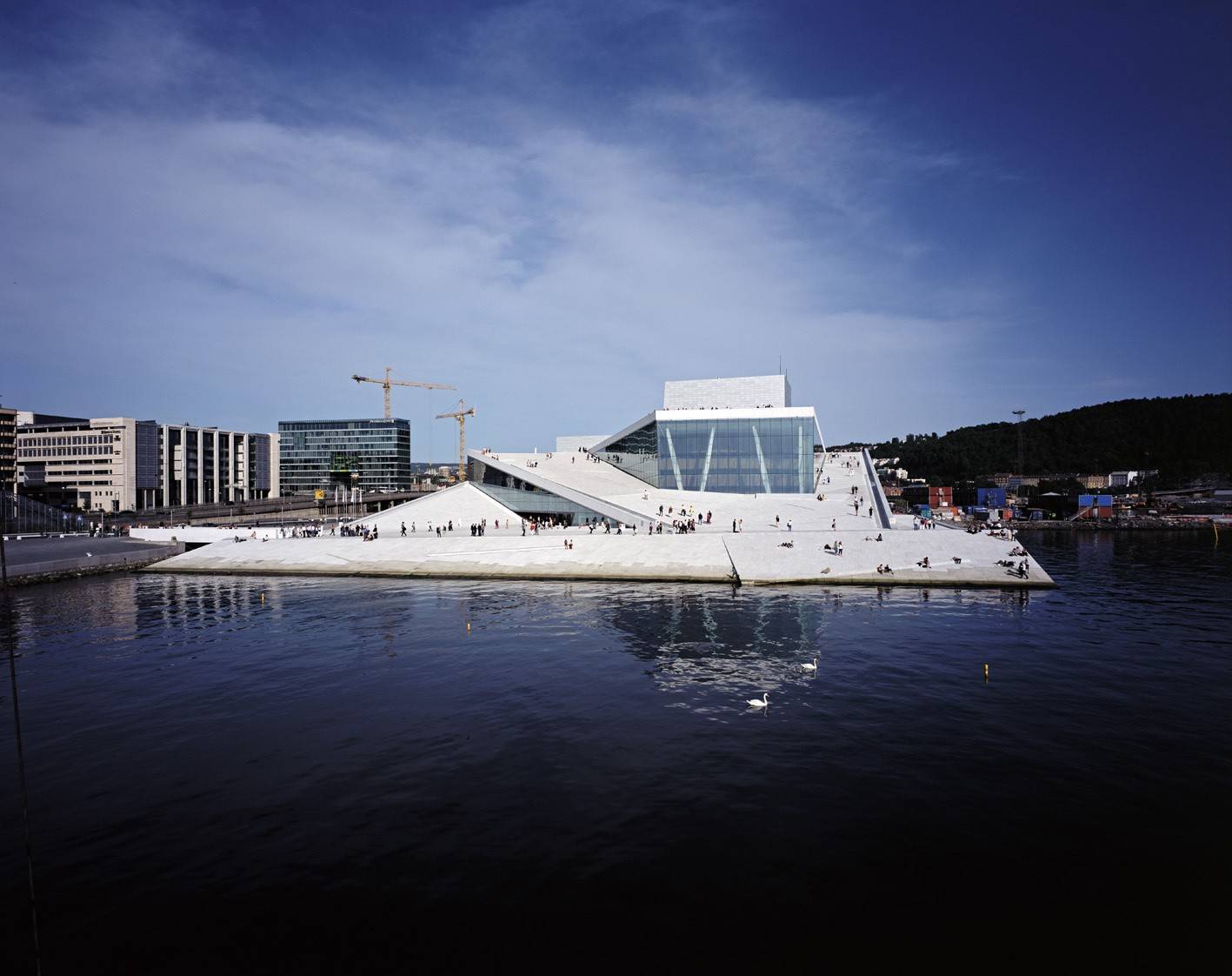 How would you like to take a dip and then take in an Opera?
Opera House in Oslo, Norway by Snohetta. 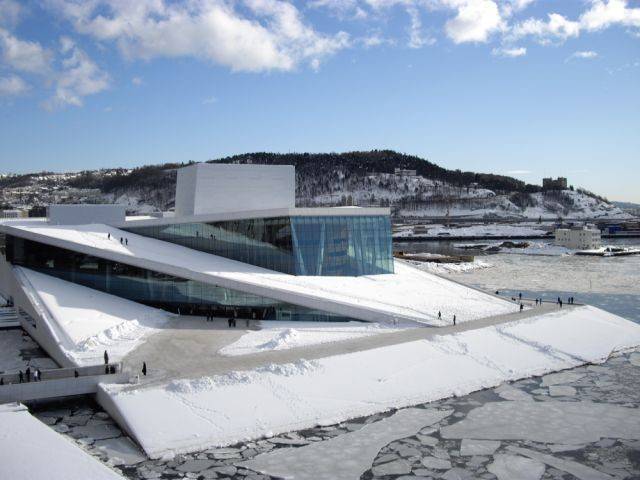 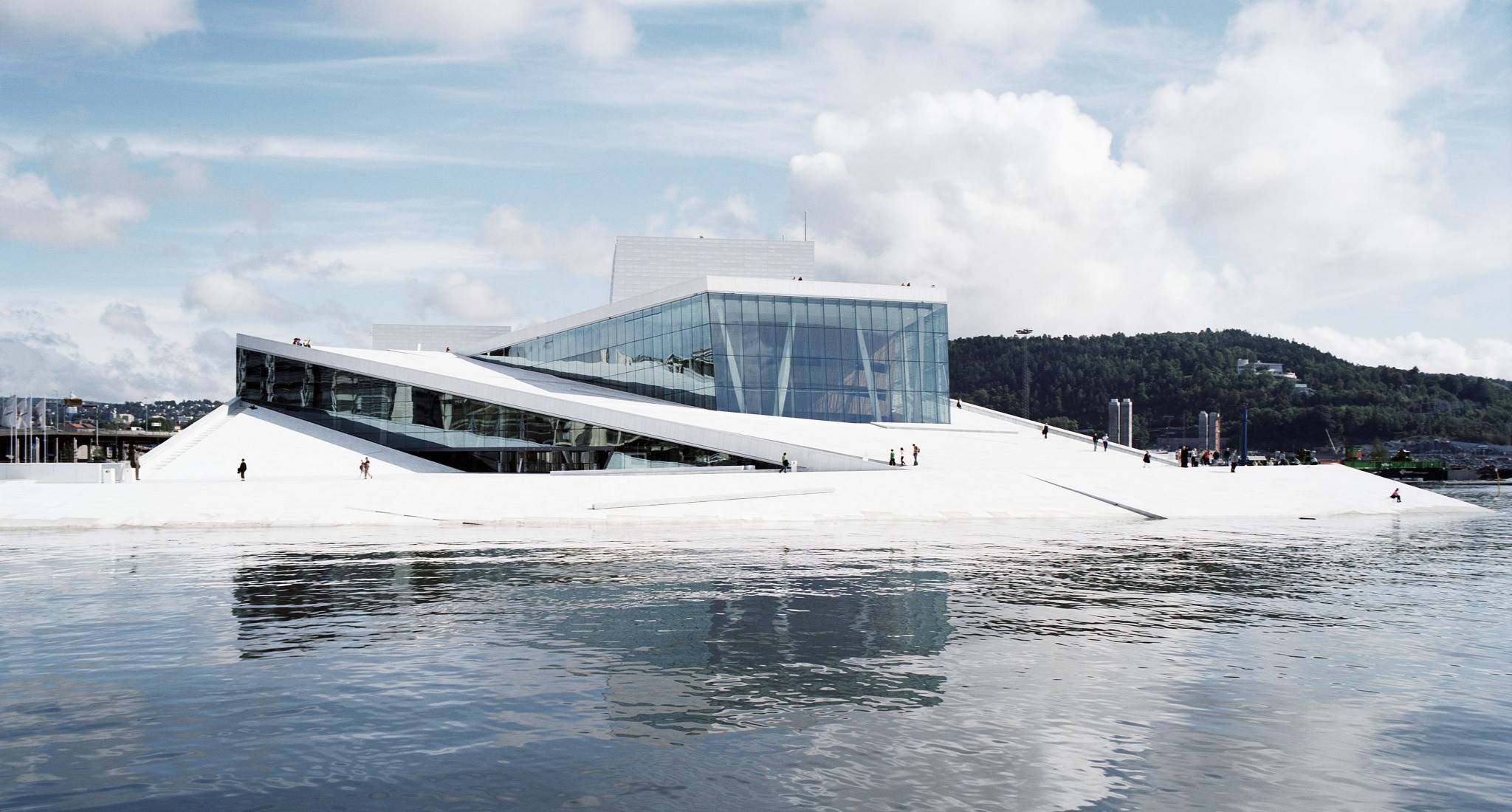 The Oslo Opera House (Norwegian: Operahuset) is home to The Norwegian National Opera and Ballet, and the national opera theatre in Norway. The building lies in Bjørvika, in the center of Oslo. It was built by Statsbygg, a government-run property owner. The architects were the Norwegian firm Snohetta who were also the architects of the Bibliotheca Alexandrina (the Library of Alexandria) in Egypt. 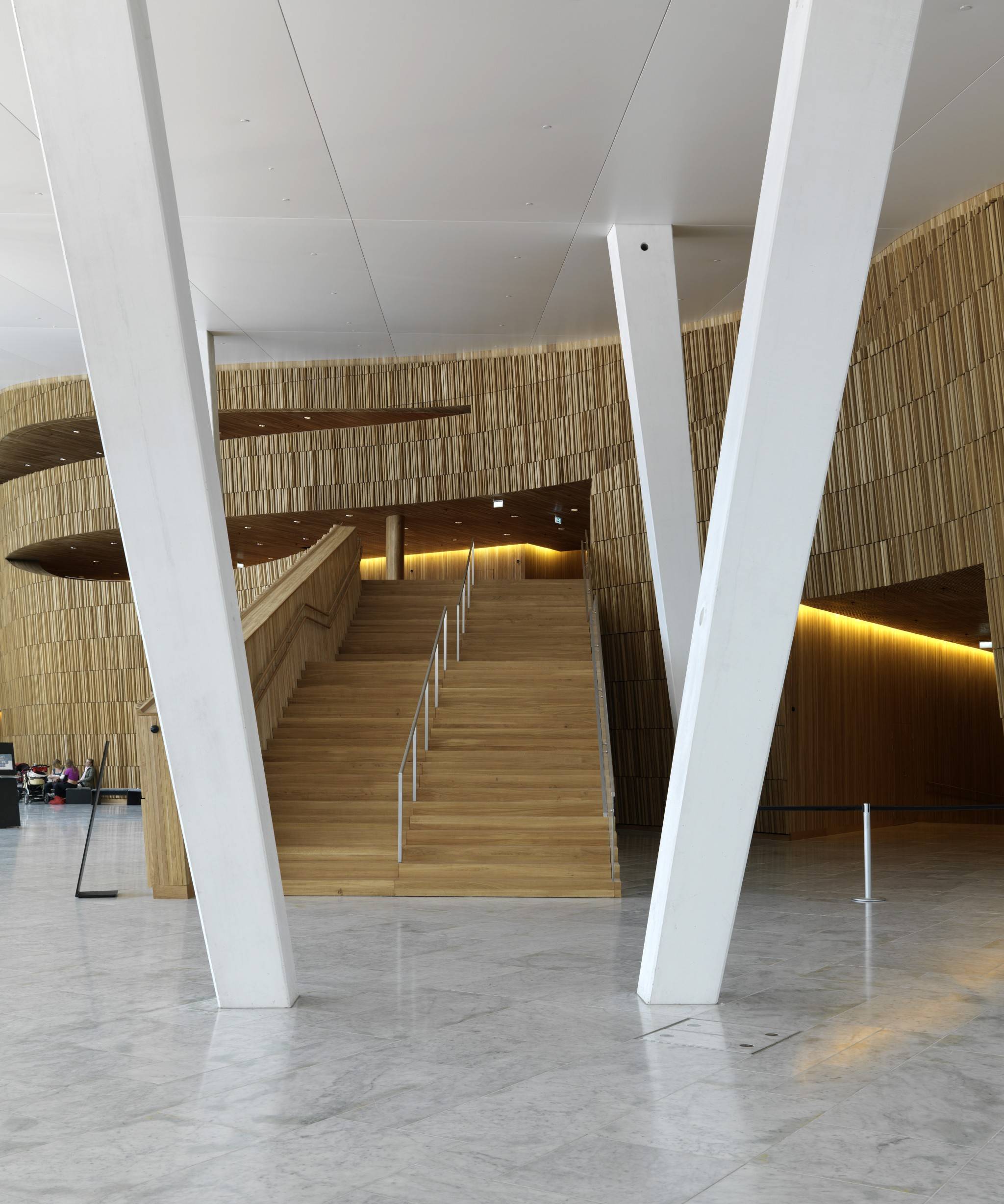 The theatre designers were Theatre Projects Consultants based in London, the acoustic designers were BrekkeStrandArup, a joint venture between local consultant Brekke Strand Akustikk and international acousticians Arup Acoustics.

Norwegian construction company Veidekke was awarded one of the largest building contracts of the project. The structure provides a total area of 38,500 m² and includes 1,100 rooms, one of which has 1,350 seats and another has up to 400 seats. The project broke ground in 2004 with a budget of 4.4 billion NOK, but finished ahead of schedule in 2007, and 300 million NOK under budget. At the 1-year anniversary the opera house had logged 1.3 million visitors.

And though the new Oslo Opera House was inspired by the image of two glaciers colliding, the architects at Snøhetta didn’t call on glaciologists to help fine-tune the details. They enlisted real experts in twisted planes: skateboarders. “We spoke to them about surface textures and the areas they prefer,” architect Simon Ewings says. His firm followed up the conversation with a statement in stone. 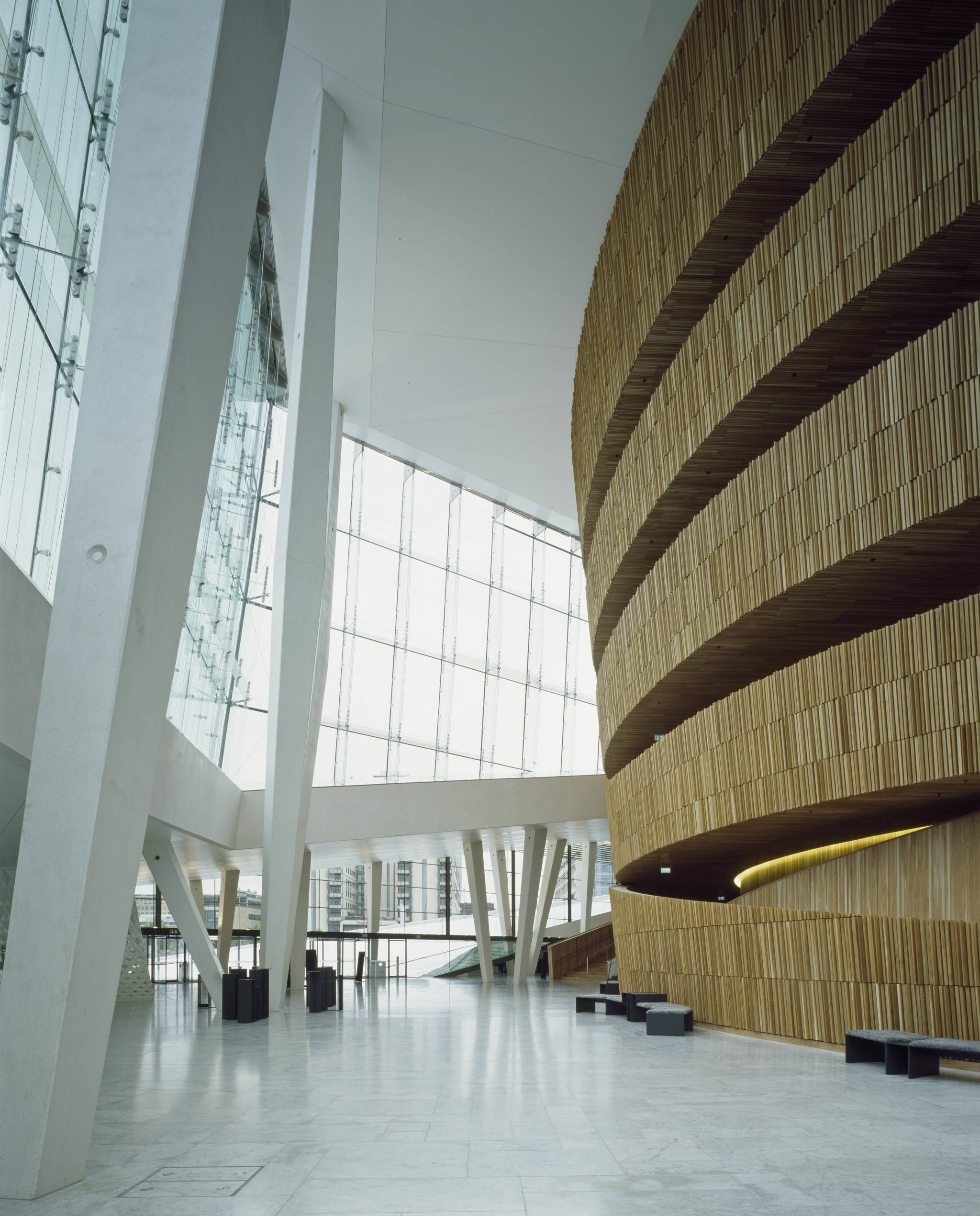 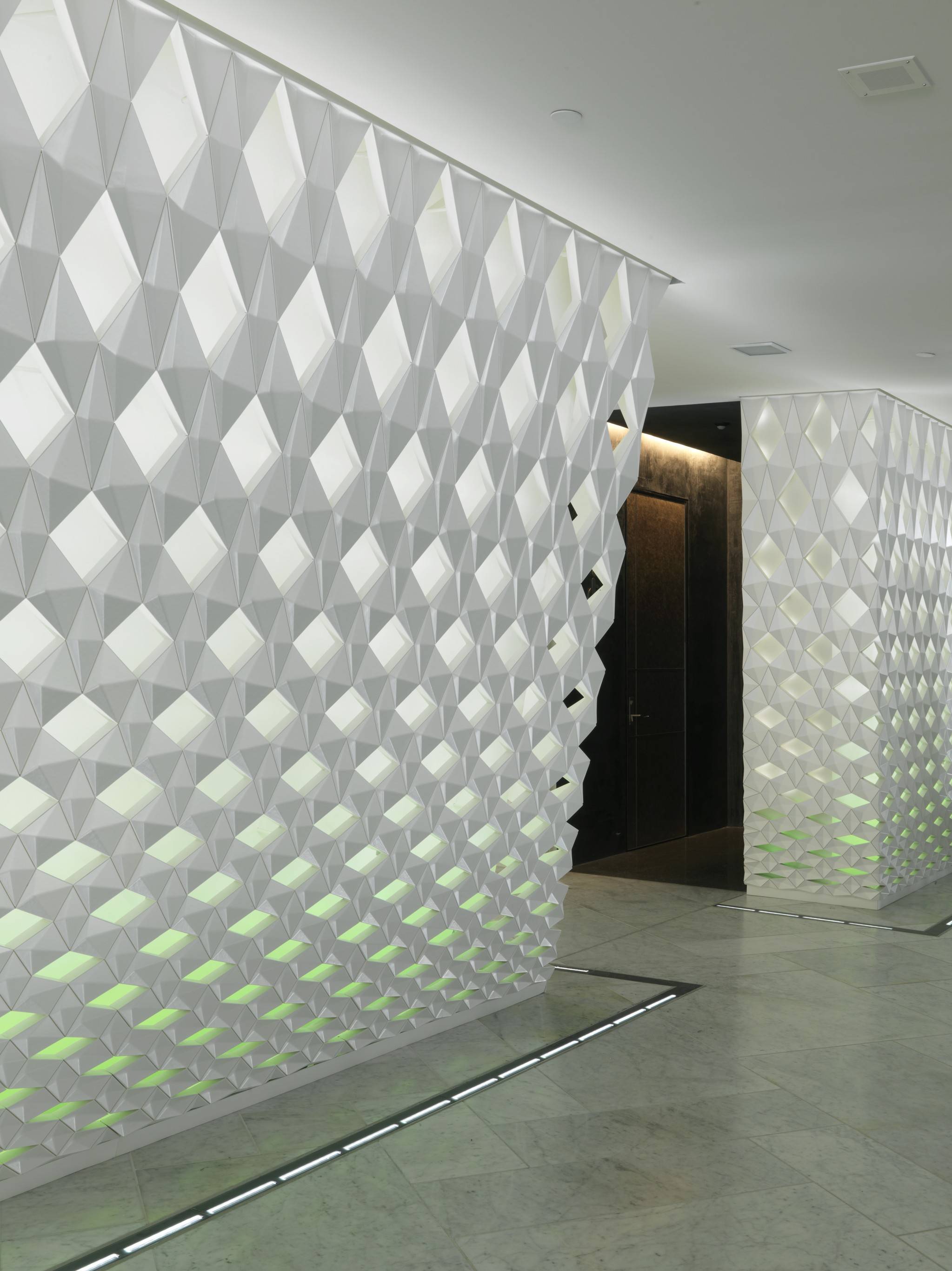 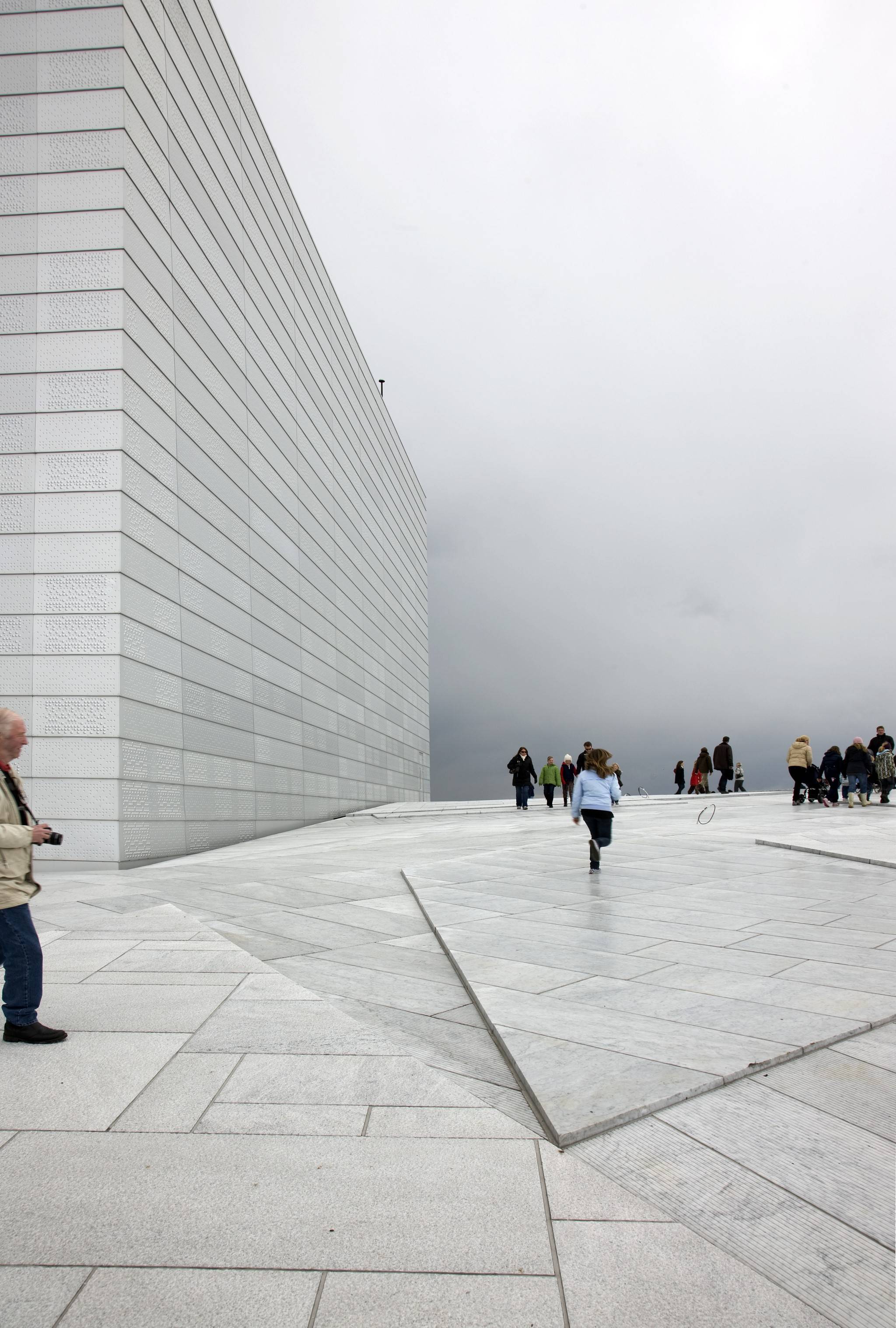 the following text is from the architects:

“The wave wall”
Opera and ballet are young art forms in Norway. These art forms evolve in an international setting . The Bjørvika peninsula is part of a harbor city, which is historically the meeting point with the rest of the world.. The dividing line between the ground ‘here’ and the water ‘there’ is both a real and a symbolic threshold. This threshold is realized as a large wall on the line of the meeting between land and sea, Norway and the world, art and everyday life. This is the threshold where the public meet the art.

“The Factory”
A detailed brief was developed as a basis for the competition. Snøhetta proposed that the production facilities of the opera house should be realized as a self contained, rationally planned ‘factory’. This factory should be both functional and flexible during the planning phase as well as in later use. This flexibility has proved to be very important during the planning phase: a number of rooms and room groups have been adjusted in collaboration with the end user. These changes have improved the buildings functionality without affecting the architecture.

“The Carpet”
The competition brief stated that the opera house should be of high architectural quality and should be monumental in it’s expression. One idea stood out as a legitimation of this monumentality: The concept of togetherness, joint ownership, easy and open access for all. To achieve a monumentality based on these notions we wished to make the opera accessible in the widest possible sense, by laying out a ‘carpet’ of horizontal and sloping surfaces on top of the building. This carpet has been given an articulated form, related to the cityscape. Monumentality is achieved through horizontal extension and not verticality.

The conceptual basis of the competition, and the final building, is a combination of these three elements – The wave wall, the factory and the carpet. 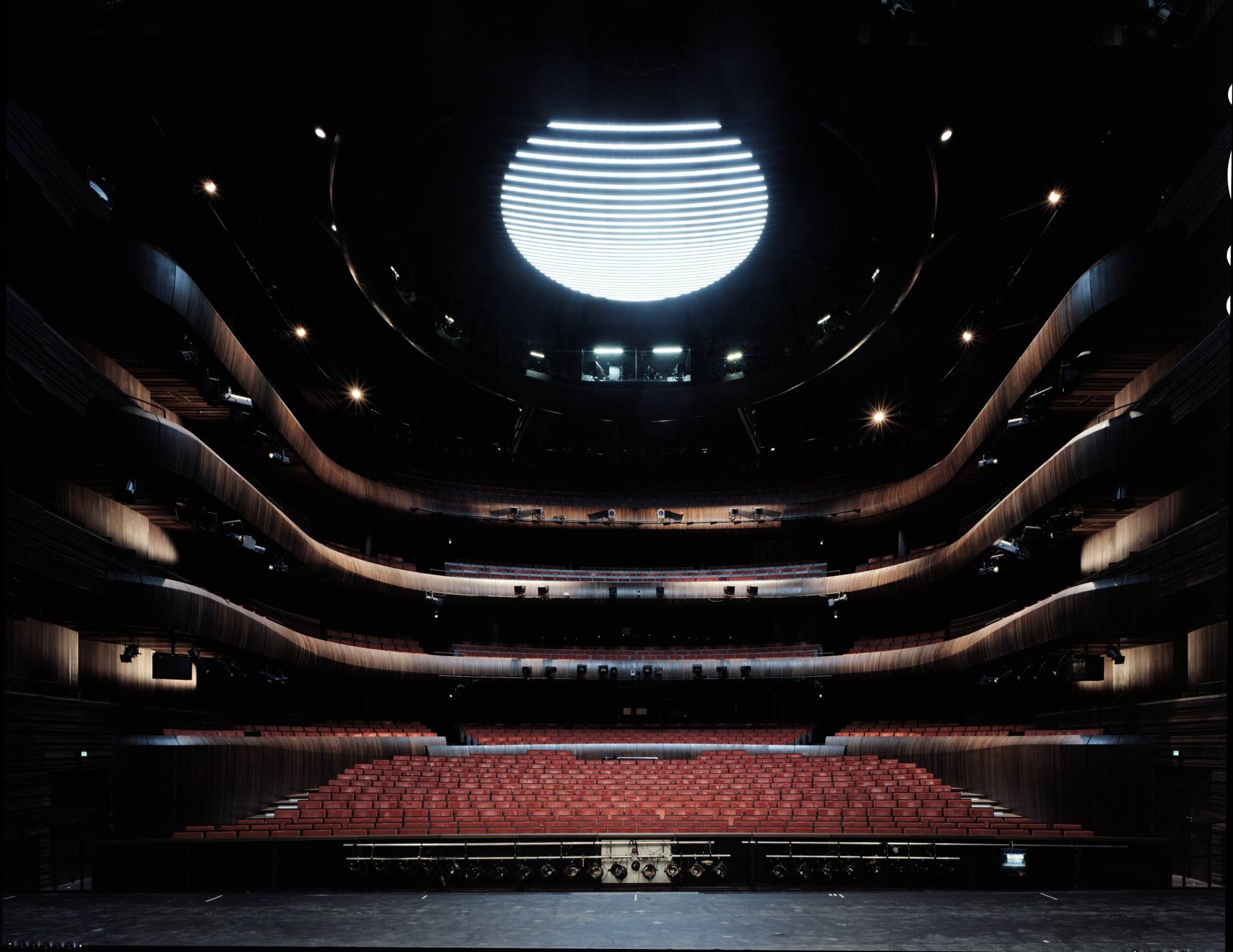 The main auditorium
The main auditorium is a classic horseshoe theater built for opera and ballet. It houses approx. 1370 visitors divided between stalls, perterre, and three balconies. Technical spaces occupies the area above balcony 3. The orchestra pit is highly flexible and can be adjusted in height and area with the use of three separate lifts.

The stage curtain
The stage curtain is also an important element in the auditorium. Together with the chandelier and seat fabric it is a contrast to the dark timber. It has been made by the American artist Pae White, following an international competition. She has worked with digital images of aluminum foil which reflects and adopts the colors of the auditorium. These images are then transferred to a computer driven loom. 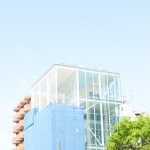 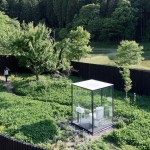 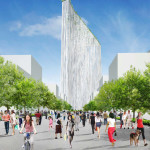 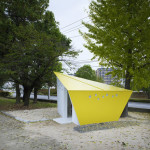