Do you believe in the Mojito fairy? 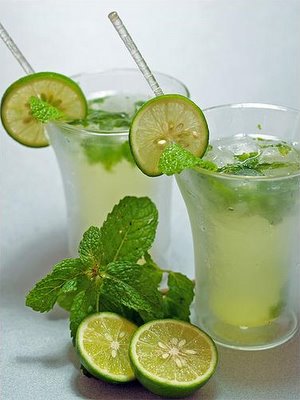 So we had this party on our rooftop in Brooklyn and there were quite a few people there. Actually I’ve never seen so many people on our modest rooftop. I was there early, before the crowds arrived, playing with my son. I don’t remember what time it was, but it was still early when he arrived. Before I could think twice he had claimed a small space on the table and set up a shiny white marble mortar and pestle next to 2 large zip lock bags of fresh mint and limes. He then proceeded to make mojitos. This man stood at that table, indulging various guests in chit-chat, for close to 4 hours, making mojito after mojito. Now, I tend to believe that mojitos are much too often either too sweet or just lack any flavor at all. But his mojitos were perfection. Then the fireworks went off, my attention was diverged, and he was gone.

True story…I’m not creative enough to make that up.