I had heard of Obama, the small city in Fukui Prefecture, North of Kyoto. But what I found out from reading this week’s hilarious The Talk of The Town, is that the city’s residents are all (understandably) rallying for Obama. They even established an Obama (the city) for Obama (the politician) support group. What’s even better? The capital of Fukui Prefecture, Fukui City, is the headquarters for Masunaga Optical, where Kazuo Kawasaki (who I included in Japanese Designers 101) designed the $350 eye piece that Senator Palin adores. Who knew of the political drama going down in this small prefecture known for their fishing an temples?

The city of Obama even recruited a local graphic designer, Mr. Adachi, to draft up these awesome images. I think the one on the left was scrapped for the one on the right because it sounded almost anti-Obama. 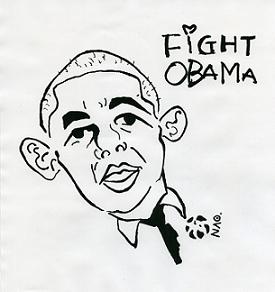 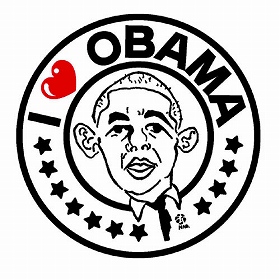