Earlier this year Toyo Kitchen announced the release of Barcelona Design, a line of eccentric work by flamboyant Spanish designers such as Jaime Hayon and Antoine+Manuel. And despite the hefty price tags the company has been expanding their product mix to include tables, chairs, mirrors and even vases. Although the mix includes no original furniture – rather a reproduction of some of the designers’ more notable pieces – Japanese consumers, for the first time, are able to purchase these one-of-a-kinds from their nearby Toyo Kitchen showroom which, by the way, happens to be the largest kitchen showroom in all of Japan.

And while it’s hard to imagine any of these pieces in a minimal, subdued Japanese home, Jaime Hayon is not exactly a stranger in Japan. Hayon’s renown in Japan was sealed when he began designing – interiors and shoes – for Camper Shoes, which had developed an almost instantaneous cult following upon their Asian  invasion in 1996.

Taking notice of Japan’s affinity for Spain’s brash attention to detail and design aesthetic, the Spanish Embassy in Japan hosted an exhibition in 2007 in conjunction with 100% Design Tokyo. “Spain Playtime – Fresh Air in Spanish Design” was curated by Ana Mir and Emili Padrós from Emiliana Design Studio and featured many of Hayon’s designs. (The show was repeated in 2008 with Jaime Hayon again leading the pack of designers.) “Spain Playtime” met with great acclaim and was featured in several high-profile magazines. At that time Hayon had already begun his  collaborative efforts with Camper but two years later, during the summer of 2009, Christmas arrived early in Tokyo with an Hayon-designed Camper store in Omotesando. 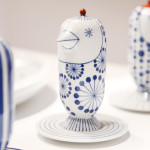 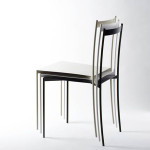