The 13th TARO Award was just announced yesterday! The annual awards, whose inception took place after Taro Okamoto passed away in 1996, are given to contemporary Japanese artists carving a path for their generation, or as Taro would say, creating “explosive” art. A record 758 entries were received and 22 head-nods later we had 4 winners.
* denotes titles arbitrarily translated by yours truly. 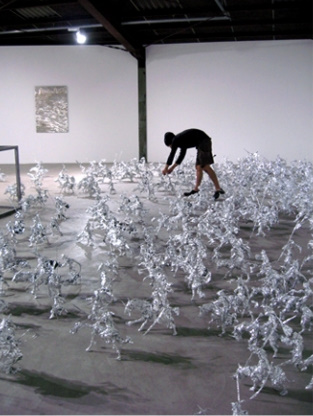 The first place (the Taro Award) went to Toshihiko Mitsuya for his large-scale work “The Indignant,” which includes  quite a few soldiers sculpted from aluminum foil. 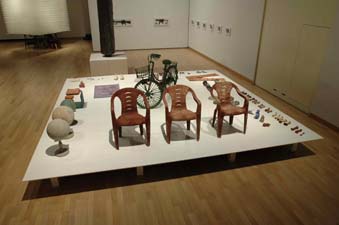 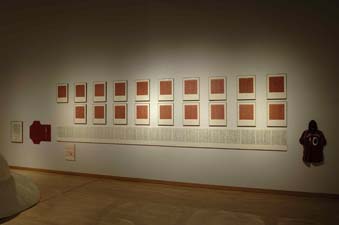 There were 2 honorable mentions. One which went to Takahiro Nagasawa for his large-scale print titled “Professional Baseball Report*”. Inspired by Nomura Kantoku, perhaps Japan’s most well-known manager of a baseball team, the work is an example of excessive fandom in which Nagasawa has etched the results of all 9 innings of all 150 games played during the season, onto a 6-meter wide scroll. 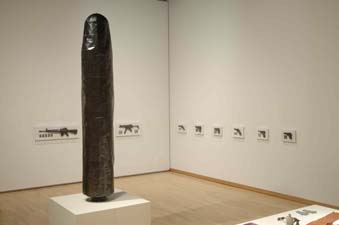 The second honorable mention went to Manabu Hasegawa for his sculpture, “Dust Before the Wind*,” which is a Japanese phrases that is suggestive of ephemeral qualities but can also signify imminent danger. I will now stop as any further contemplation will lead too easily to predictable interpretations of male identity.