Tama Art University, commonly referred to as Tamabi, is a prestigious art school – the RISD of Tokyo – that has produced several notable artists and designers, including Naoto Fukasawa and Issey Miyake. Therefore, we like to pay attention to some of the young artists being churned out of this educational system. With less than 1 month till the exhibition, Tamabi’s information design department has launched a website showcasing the work of their graduating seniors. The work will be on display at Modapolitica in Minami-Aoyama from March 12th – 14th. Here as some pieces that caught my eye.
* denotes titles translated arbitrarily by the author

“Subterranean Fear*” by Masaya Noguchi
A proposed redesign of sidewalks the recreates the fleeting sense of fear one experiences when something unexpected appears below their feet. 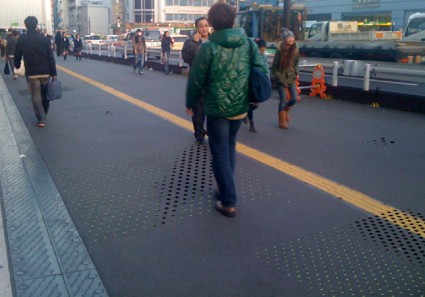 “Oripica” by Shion Suminokura
When was the last time you made origami by folding light? 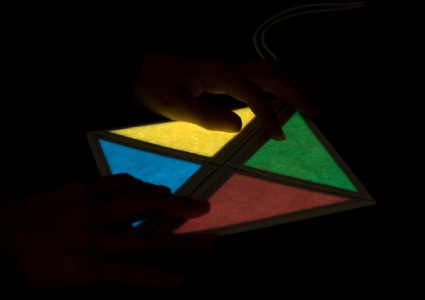 “Calorie Trade Project” by Yoshie Takahashi
An En-Chari (Entertainment-Chrity) project that allows the user to reallocate their own calories to children in Kenya. 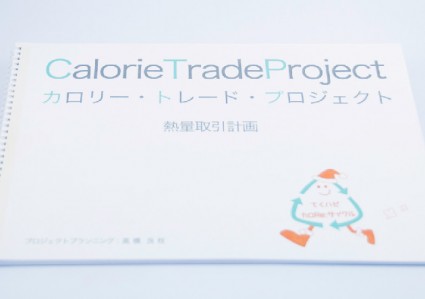 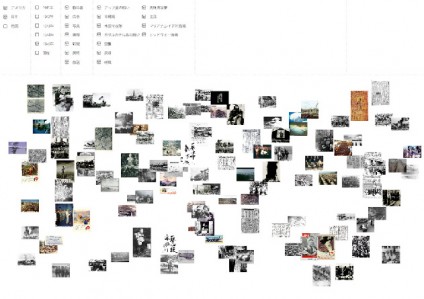