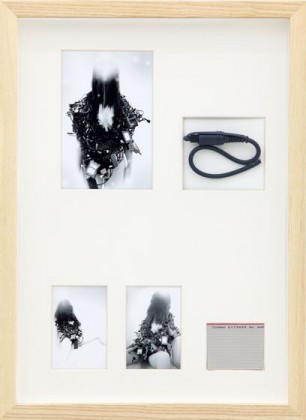 In his first solo exhibition since 1993, established artist and fashion designer Kosuke Tsumura exhibited a series of fabrics hand-knitted from industrial waste of the information technology industry; namely LAN cables and plugs. Tsumura is known for his environmental works, which often incorporate the recycling and reusing of materials. In 2005 his “Final Home 44-pocket parka” (1994) was featured in MoMa’s exhibition, “Safe: Design Takes on Risk.” 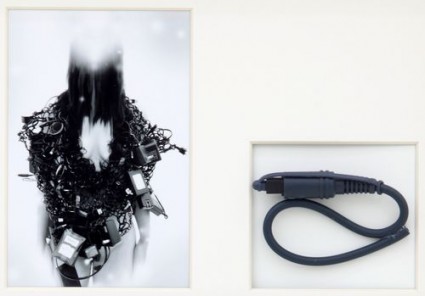 The works from MODE less CODE, which were shown at Nanzuka Underground in February of 2010, have been repackaged into multimedia collages and are currently available at Azito ($570). My favorite piece, “Codelace record 2,” is pictured. 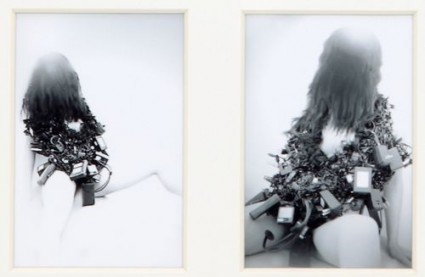 And as an added bonus, Tsumura’s Tokyo apartment was recently featured in the Selby. Although, in my opinion, overall the shots were a bit lackluster.