House I by Takagi Yoshichika Architects 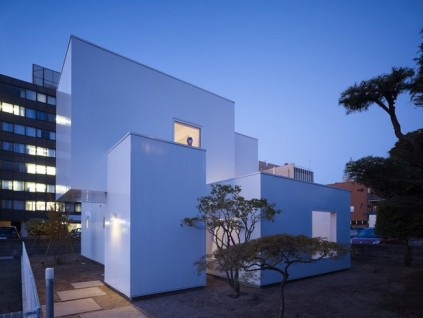 Takagi Yoshichika of Sekkei-sha (you may remember him) has unveiled his latest project: House I in Akita prefecture of northern Japan. 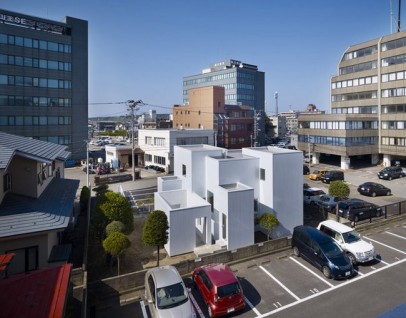 The private residence, which is situated in a dense, urban setting (I feel like I always say that) posed the ever-so-common dilemma of maintaining privacy without resorting to downright seclusion. The not-so-common solution came from an unexpected object: a box. 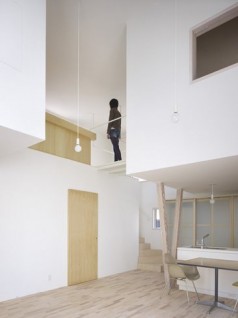 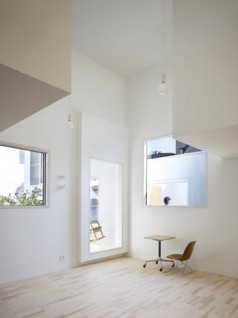 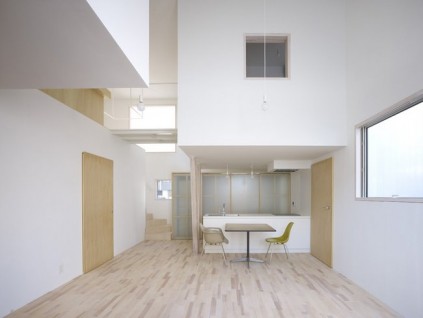 To be clear, not just any box. Upon considering the functionality of closed boxes the architect was inspired by box-like rooms, such as bathrooms, bedrooms and closets, that are intended to close. When those boxes accumulate, certain creases, or gills, of various length and width emerge between the boxes creating an illusion of depth. 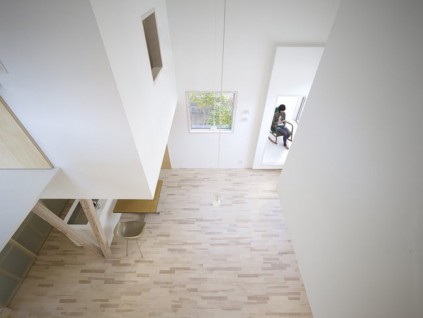 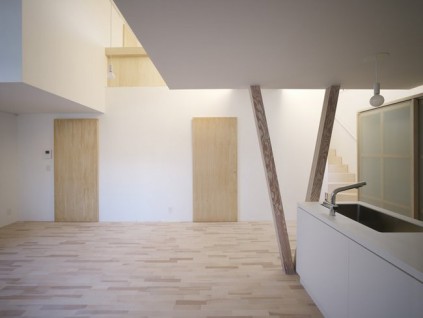 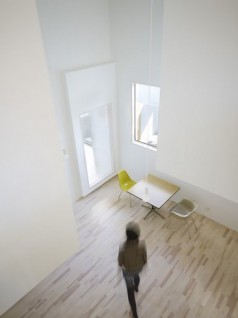 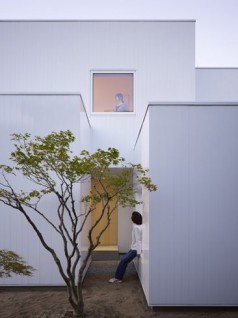 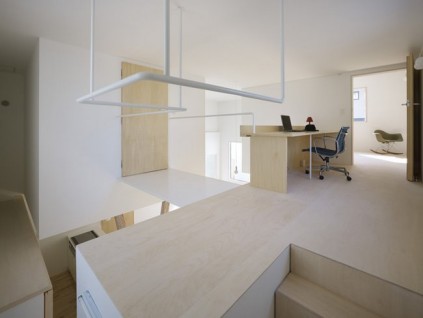 This very interesting banister, which reminds me of a circuit board, gets high marks for ingenuity but low marks for kid-friendliness. 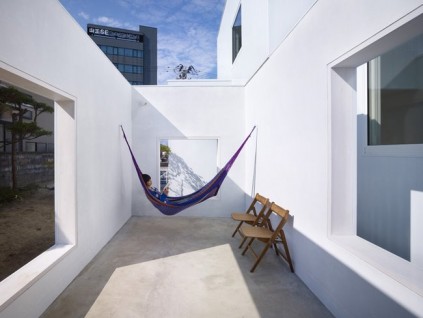 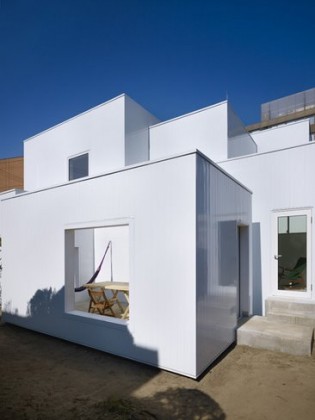 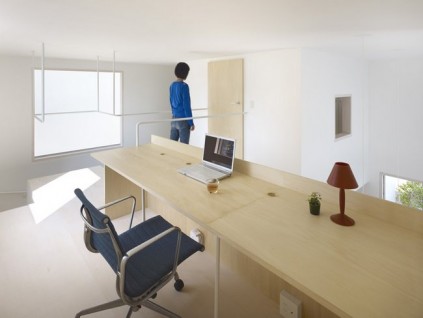 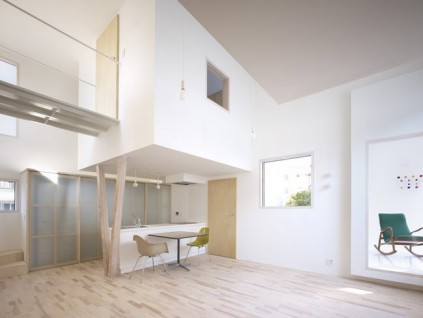 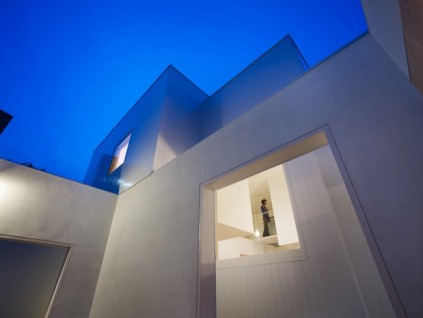 The structure of the home itself comes from the very simple guideline of using the box for rooms that must close, and the space between the boxes for rooms that don’t need to close. However, the resulting home is a much more complicated set of intertwining spaces. 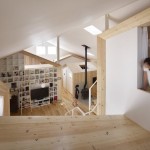 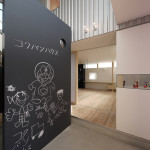 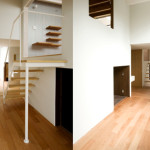