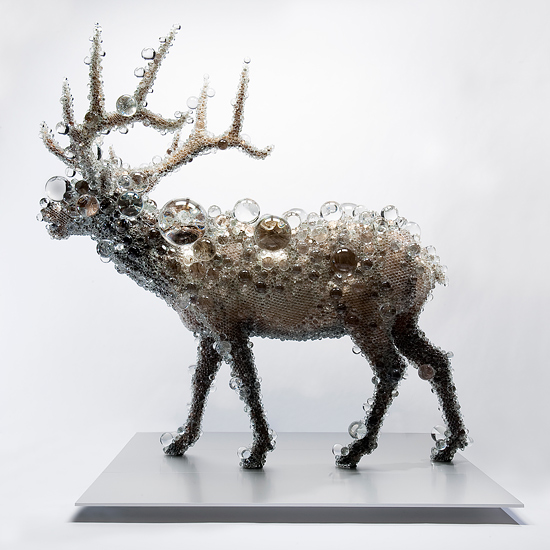 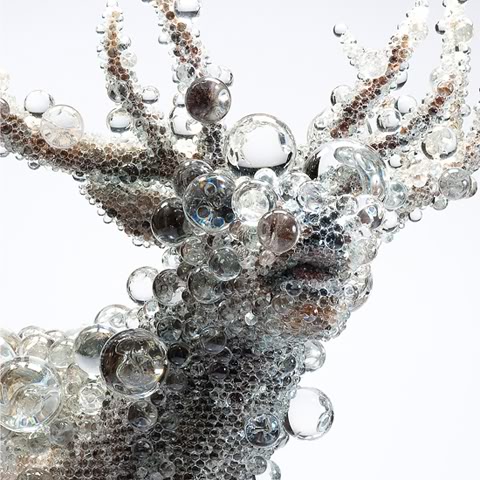 Kohei Nawa is a Japanese artist whose work walks a thin line between art and science. His name and works are one of the most recognizable in the contemporary art scene and he is a popular icon among art students. For his “beads” series he uses various animals as motifs, which he then proceeds to cover with small and large glass beads.

Here is the artist, talking about his work:

By covering surface of an object with transparent glass beads, the existence of the object itself is replaced by “a husk of light”, and the new vision “the cell of an image” (PixCell) is shown. Most of the motifs, like stuffed animals are found through the internet. I search some auction sites and choose from the images which appear on a monitor as pixel. However, the stuffed animals which actually have been purchased and sent have real flesh feel and smell, and have a discrepancy with images on the monitor. I then transpose them to PixCell in turn. 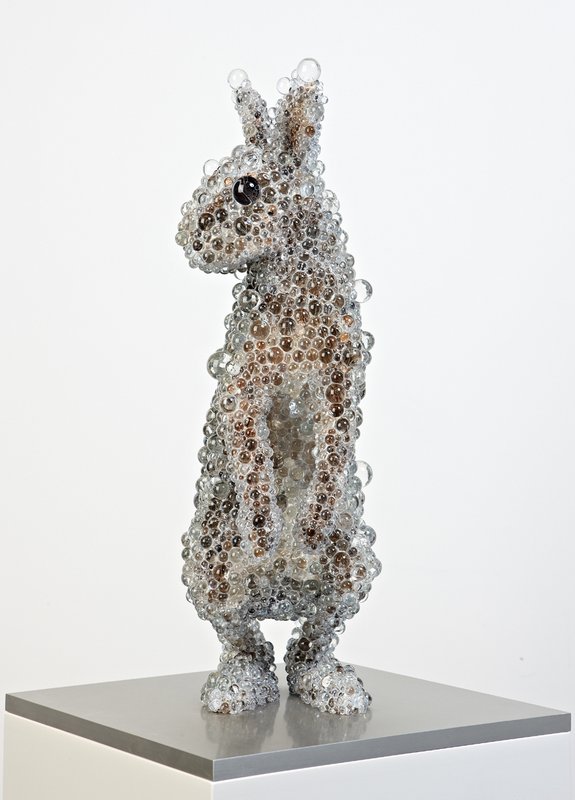 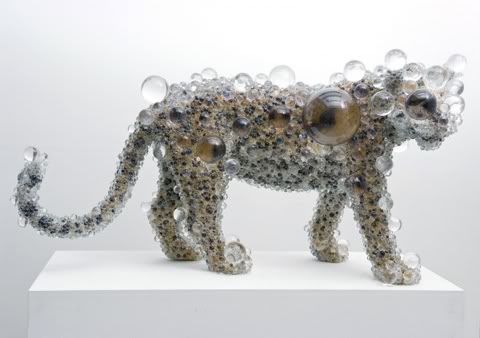 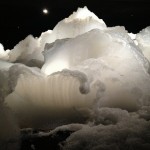 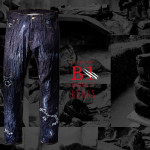 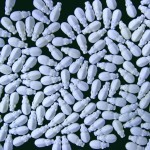 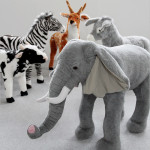