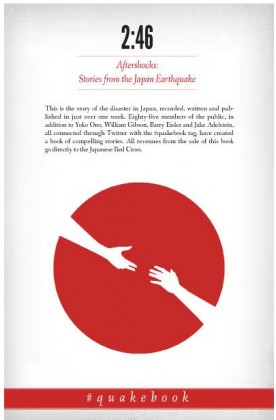 More commonly referred to on twitter as #Quakebook, 2:46: Aftershocks: Stories from the Japan Earthquake has just gone on sale. And within hours the downloadable book had been catapulted to #7 (and climbing) on Amazon’s bestsellers in the Non-fiction category.

The crowd-sourced book came together under the wings of a British teacher living in Abiko, Chiba just Northeast of Tokyo who blogs under the pseudonym Our Man In Abiko. The 98-page book was completed in just 9 days after the original proposal on twitter.

At its core, the book is a documentation of the raw, unpolished reactions of those – both in Japan and abroad – who bared witness to the awe-inspiring forces of nature that left so many, at best, on their knees, at worst, homeless and perhaps lifeless. But it’s also a display of how people increasingly turn to the Internet – in this case, Twitter – rather than the mass-media as a means of coping and making sense of tumultuous situations.

Contributors include a large cross-section of amateur writers as well as a few names whom many will recognize, such as Yoko Ono, William Gibson and Barry Eisler.

For this occasion Amazon has waived their fee so all proceeds will truly go the Japan Red Cross. Purchase your copy here.

*Note: you don’t have to own a kindle to download the book but you do have to download the FREE kindle app for whatever device you are using whether it’s an iPhone, Mac, PC, android or blackberry. 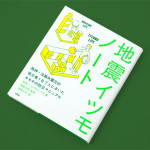 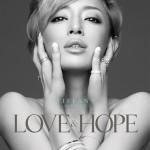