Jun Igarashi | the construction of a state

I’m not sure if it’s the sprawling green pastures that foster imagination, or the harsh winters that force you to rethink shelter, but Hokkaido has produced some amazing architects. One of those is Jun Igarashi, 1 of 8 architects we featured in our Japanese Contemporary Architects piece back in 2008.

He has come a long way since then, as evidenced by an upcoming retrospective that will be held at Toto’s Gallery MA in Tokyo between May 13 – July 9. The construction of a state (as in the condition, not the territory) is his first ever solo exhibition since he established his own studio 15 years ago and will feature 18 of his defining pieces of work. Below is a sample of some pieces that will be included in the show.

Tea House (2006)
Tokoro District, Hokkaido
Igarashi reimagined the traditional art form that is cha-no-yu to create this submerged tea house. The rust-colored roof on top of the untreated concrete doubles as a table. 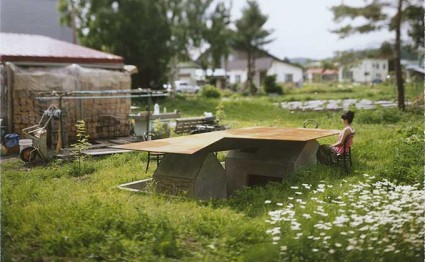 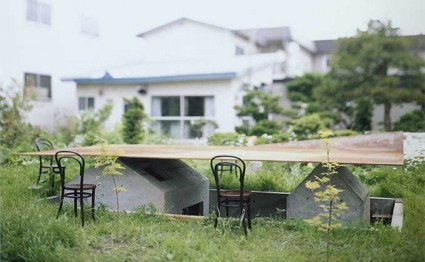 photos by Naoki Honjo (who is famous for his work using a tilt shift lens, which makes the environments appear to be miniature models)

Rectangle of Light (2007)
Sapporo City, Hokkaido
Located on a tiny plot of land, the site-specific home can be characterized by an introversion that can only be justified by its Hokkaido location. Completely isolated from the street, or any other exterior for that matter, the home lives and breathes on the ever-changing natural light that diffuses in from insulation ducts. 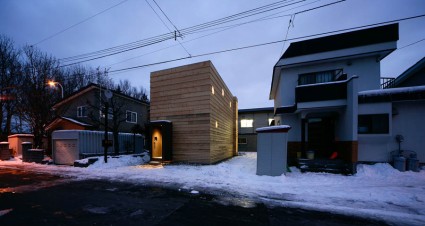 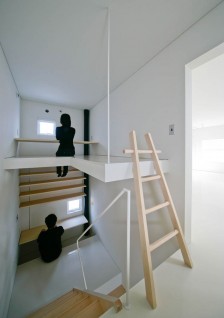 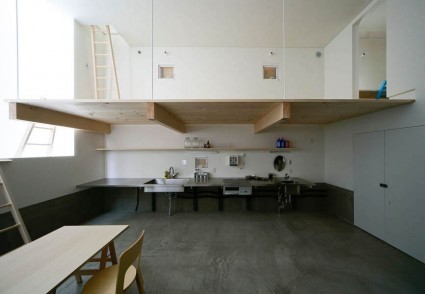 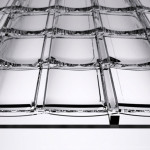