Editor’s Note: in the wake of the series of earthquakes that have struck Kyushu in April 2016 we’d like to remember this amazing, unscripted commercial. If the people of Kyushu can pull off a stunt like this, we believe they’ll pull through this tragedy.

On March 12 – one day after the tragic earthquake – on the island of Kyushu a new shinkansen, or bullet train, that vertically connected the entire island opened on schedule. However, deemed overly cheery and happy, a TV commercial, along with all other print advertisements, were pulled, only to recently resurface. The ad spot immediately went viral, proving that this was exactly what we needed: 15,000 people doing a jubilant “human wave” across an entire island! The catchy tune that accompanies the footage is a song called BOOM, performed by Maia Hirasawa, a half-Swedish, half-Japanese singer/songwriter. 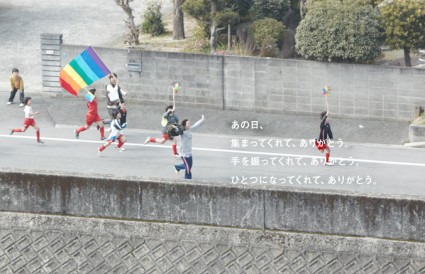 Here is the official website that is not only a treasure trove of other related media, but also details how the ad campaign came together. What was revealing to me was that it was unrehearsed and unscripted. Basically it was an open invitation to anyone who wanted to come out and wave at the train. Bravo! 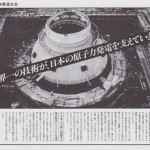 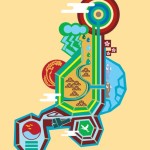 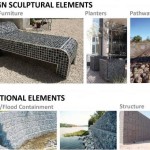