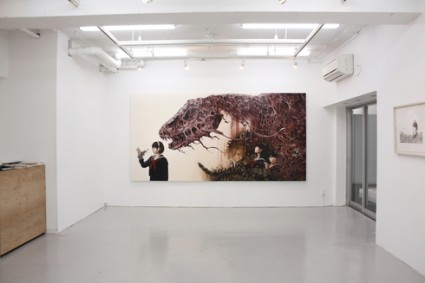 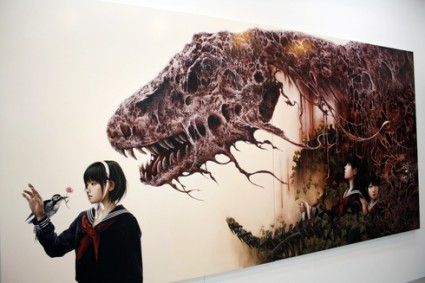 Woah. I just stumbled across the slightly destructive, slightly ephemeral work of artist Ai Shinohara (her website has been down for a while, and remains down as of the writing of this post). She recently wrapped up a solo show at Gallery MoMo in Roppongi titled, “from the cradle to the grave.” Here are some photos that have been uploaded from her show, which include one obvious tour de force, accompanied by a number of smaller drawings and lithographs. Her work reminds me of bit of the work of manga illustrator Yoshihiro Togashi, early in his career when his illustrations tended to be more dark and grotesque.

Ai Shinohara is a ’07 gradaute of Tama Art University. She has shown primarily in Japan, except for a showing at the now-defunct Mehr Gallery in New York. 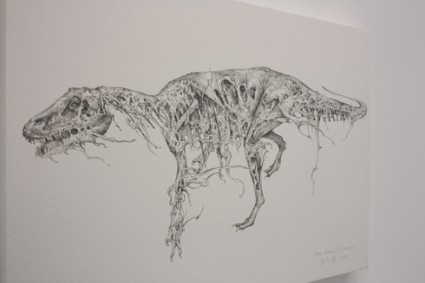 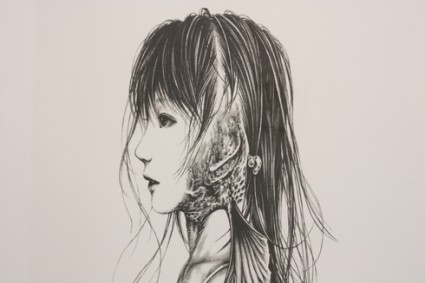 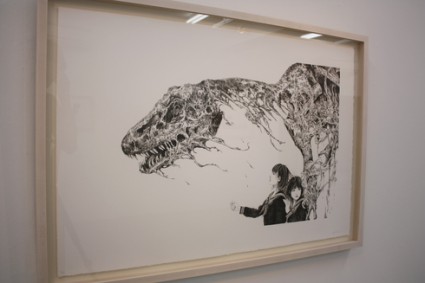