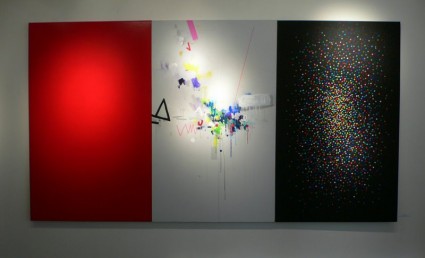 I’m really loving Ryuichi Ogino’s work, which is on display right now at Galerie Agathe Hélion & Clear in Paris, through the end of this week. I’m especially digging the triptychs that combine elements of pop and casual doodles, occasionally intertwined with abstract expressionism in the vein of Barnett Newman. 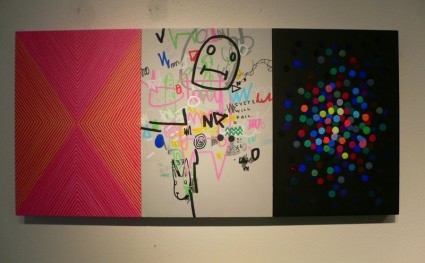 Or…maybe I’m just drawn to the simple fact that installing his work in any room would make it look like a color bomb was detonated, rendering the room awesome.

Ogi, as he is more commonly known, has been heavily influenced by Takashi Murakami’s  superflat movement. He has been quoted as saying that “superflat is not just about flatness in terms of dimensionality — the removal of highs and lows, but is also about a removal of ‘context’ ”. 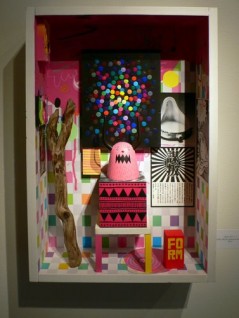 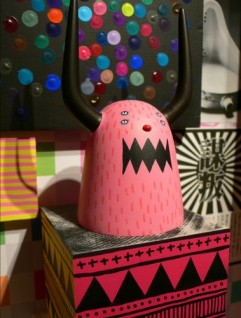 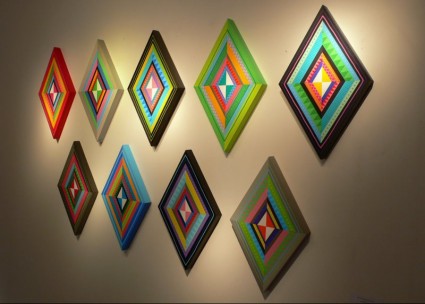 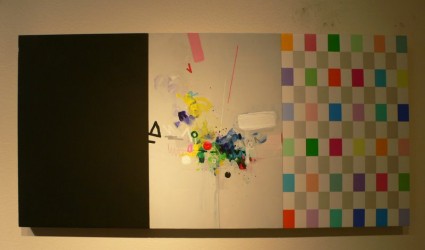 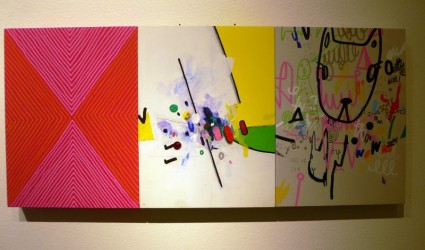 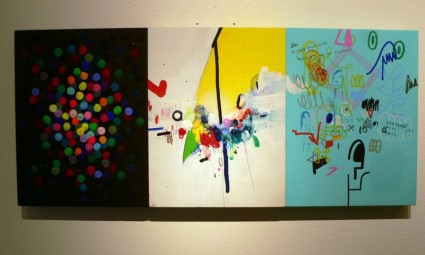 Ryuichi Ogino is was born in 1978 and grew up in Tokyo surrounded by Japan’s pop culture (anime/manga such as Gundam and Nausicaa). He moved to the west coast where he obtained his BFA from California College of Arts & Crafts in 2004. He is currently based out of California and Tokyo.