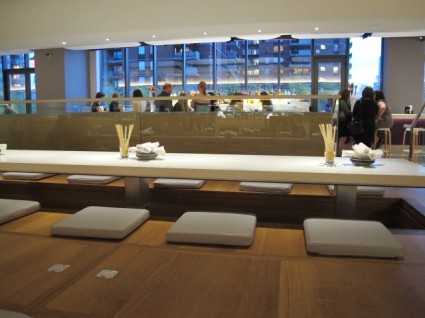 When I caught a glimps of this new restaurant (just opened this past June), located in New York City’s Hell’s Kitchen/West Midtown, I had flash backs of Japanese eateries from the time I lived in Tokyo. Yotel‘s main dining room DohYO serves up izakaya style (tapas) Latin-Asian fusion dishes created by Chef Richard Sandoval – known for Zengo. 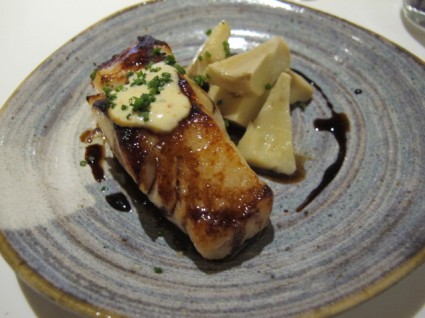 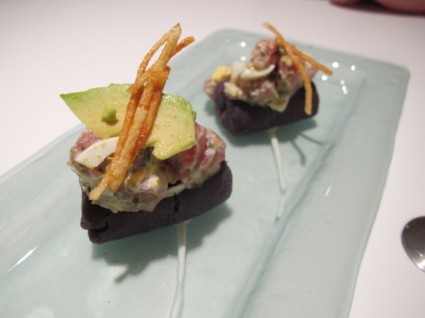 The dining area, taking inspiration from the sumo wrestling ring, is centered around a raised platform. The diners sit on a pillow at low lying tables with recessed pits for leg room – much like you would see in traditional eateries in Japan today. The tables can actually be lowered to floor level allowing for other set up (like late night dancing  after a few shots of sake); one thing that the Japanese eateries could learn from the creators of DohYO. 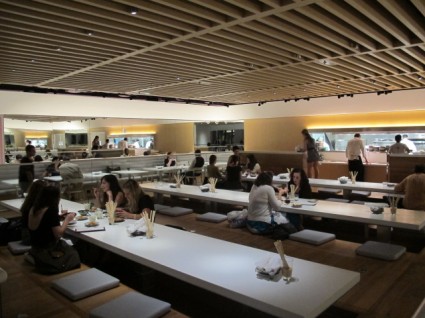 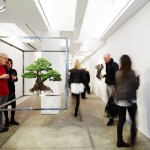 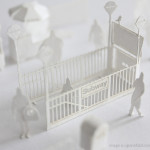