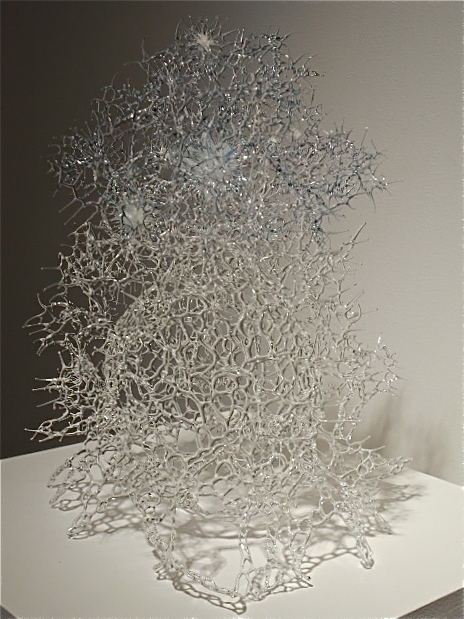 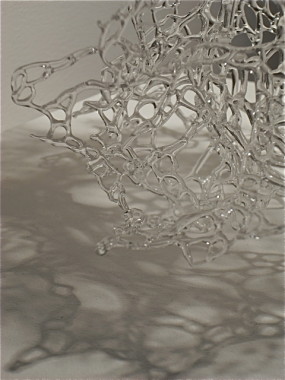 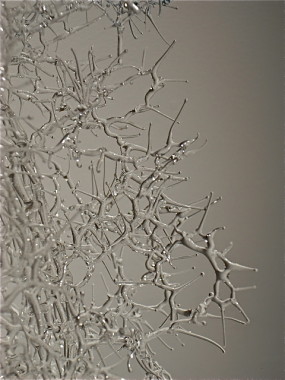 Currently participating in the group exhibition “Subjective Objects” is Shoko Matsumiya, a 30-year old glass sculptor who creates intricate artworks by melting and adhering shards of glass. Matsumiya is a curious artist who attributes her macro organism-like sculptures to a childhood imaginary creature she believed would show itself if she stared into dark corners long enough. It’s called a “Duquheapuer” (pronounced duke-oo-heaper) she once said in an interview, explaining that she came up with the equally imaginary name as a child, but now calls it “Duque” for short.

Using chards of glass, which she breaks herself by smashing various soda bottles, Matsumiya carefully assembles her creatures using glue and the occasional blow-torch. 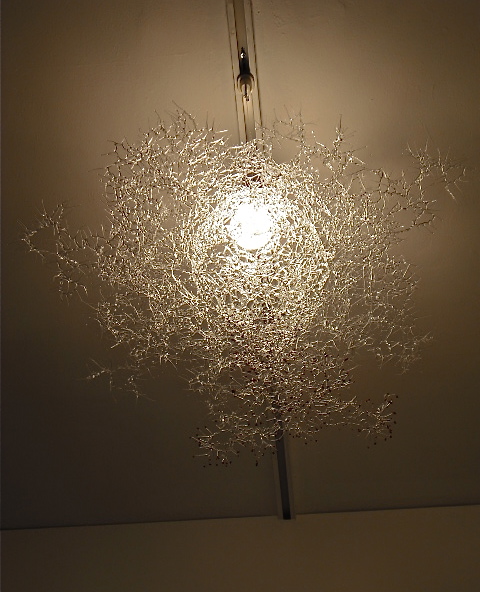 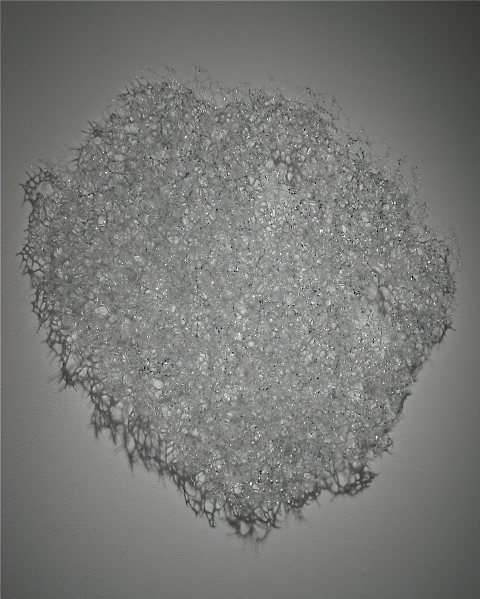 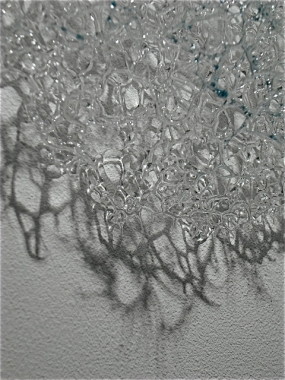 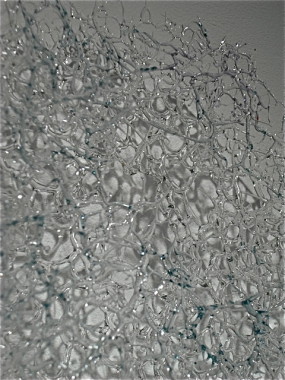 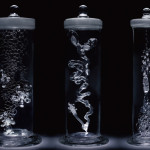 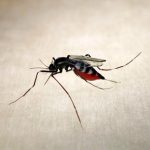 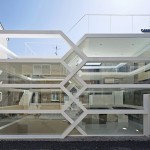