Keita Kurosaka is an illustrator and animator who’s been exhibiting his work since the early 80s. Characterized by grotesque and surreal imagery, his work is hardly mainstream. But for over 4 years now rumors of a full-length animated film by Kurosaka have been tickling the hearts of fans wanting more. Now, finally, Midori-ko has hit theaters in Japan. It’s a 55-min film about scientists working to create a “dream food” in anticipation of a food crisis. They succeed in creating “Midori-ko,” but it has no intention of being eaten and escapes. A desperate search and ravenous battle unfolds.

A ten-year labor of love and composed from over 20,000 images, Kurosaka Keita’s animation film Midori-ko brings together narratives of bio-mimicry, food politics, and an uncanny, mystical environmentalism. 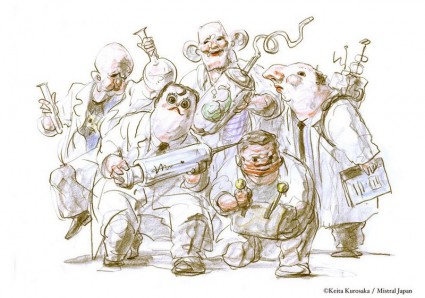 The team of scientists (above), and other fantastic characters from the movie | click to enlarge 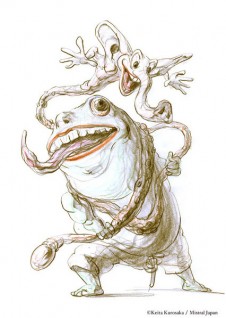 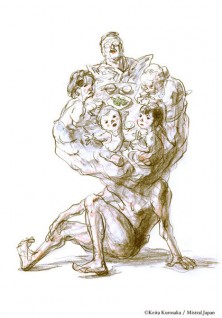 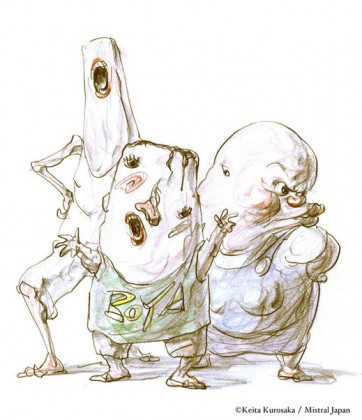 You can see it at Uplink in Shibuya (through October 14), as well as at other indie movie theaters across Japan. If you want more, check out the 2007 music-video Kurosaka did for the alt metal band Dir en Grey, Agitated Screams of Maggots (lovely title, no?). This probably gives a sense of what to expect from the feature film.