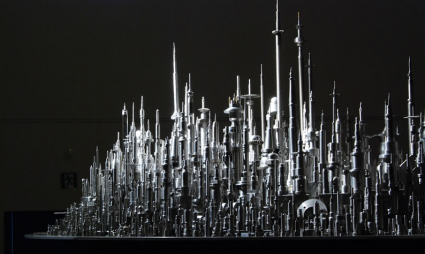 Chu Enoki is an eccentric Japanese artist who has been practicing since the mid-1960s. He is known for going to Hungary with a “hangari” haircut, walking the streets of Ginza shirtless, with the Expo ’70 logo sunburned onto his bare chest, erecting a pop-up bar and serving drinks to customers while dressed as a transvestite,  as well as large-scale sculptures such as Space Lobster P-81, which was built from over 20 tons of scrap metal salvaged from trains and boats that he disassembled with his own bare hands.

Well now all his humorous oddities – both big and small – have been assembled in a single space in the largest retrospective of his work to date. “Unleashing the Museum,” which opened earlier this month at the Hyogo Museum of Art (details below), is a comprehensive look at the enigmatic artist who poked fun at himself while ridiculing all that modern Japan had become. 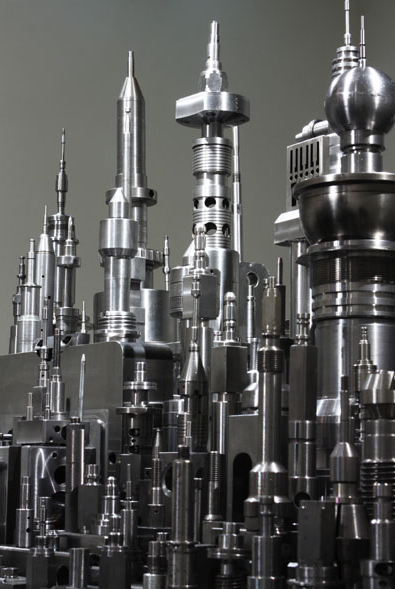 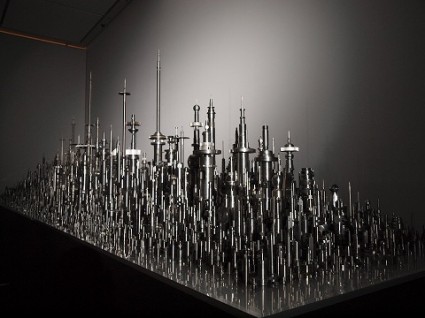 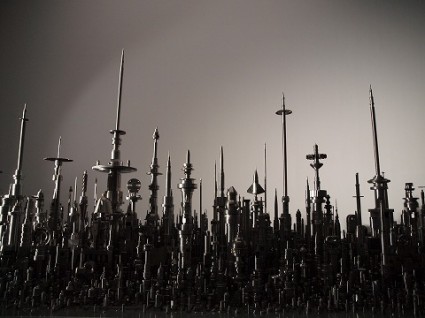 One of the main attractions of the show is RPM-1200 (above), a utopian – or perhaps dystopian –  futuristic city sculpted from old drill bits and machine parts. 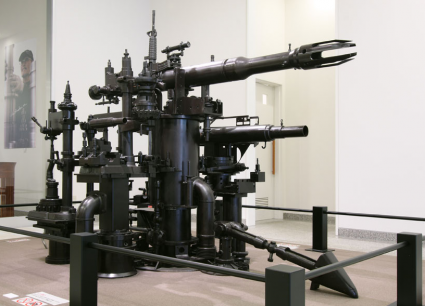 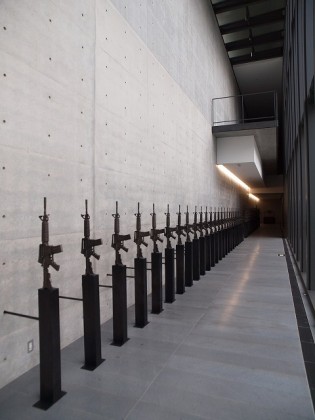 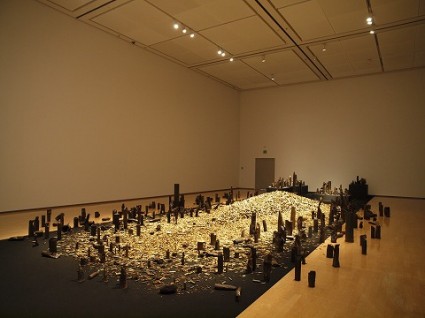 “cartridge” made from thousands of actual bullet shells 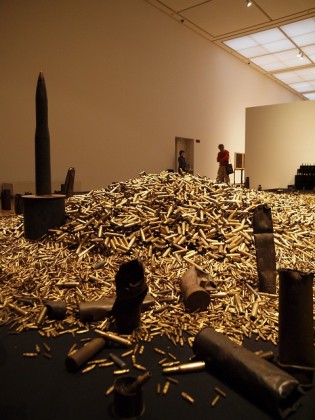 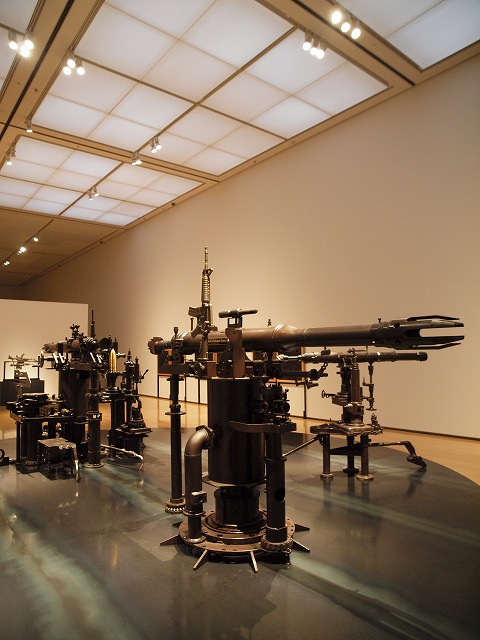