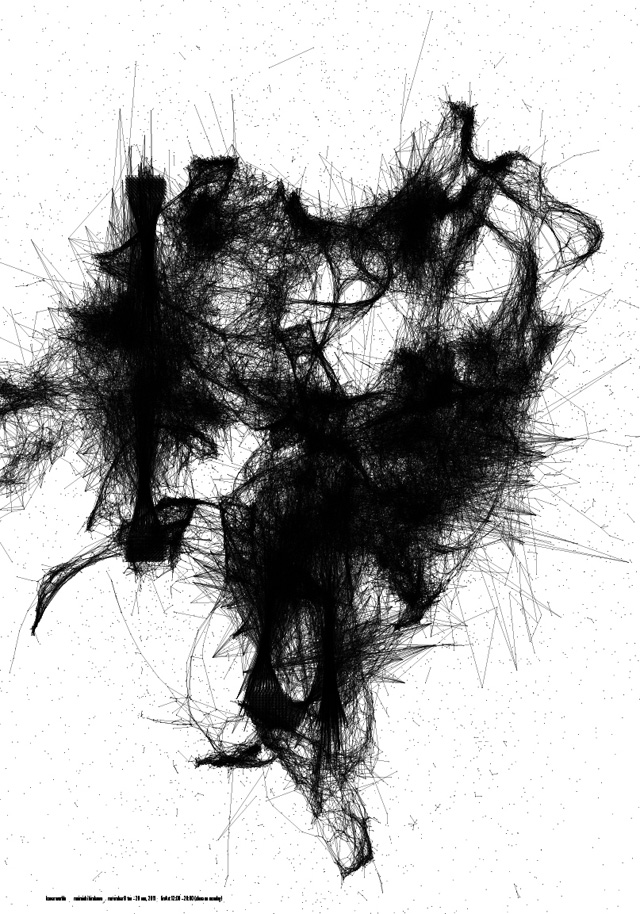 At a new exhibition at limArt, a bookstore/artspace located in Ebisu, Tokyo, the artist Norimichi Hirakawa, together with Yoshihisa Tanaka, presents a new body of work that merges computer technology with an age-old philosophical theory of determinism. The 18th C. French mathematician Pierre-Simon Laplace:

We may regard the present state of the universe as the effect of its past and the cause of its future. An intellect which at a certain moment would know all forces that set nature in motion, and all positions of all items of which nature is composed, if this intellect were also vast enough to submit these data to analysis, it would embrace in a single formula the movements of the greatest bodies of the universe and those of the tiniest atom; for such an intellect nothing would be uncertain and the future just like the past would be present before its eyes.

Later dubbed “Laplace’s demon”, the theory essentially argued that if we know the precise location and momentum of every atom in the universe, their future locations can be calculated; we should be able to predict the future.

In an attempt to maintain that spirit and translate it into modern-day art, Hirakawa created a computer program that visualizes the moments of energy particles, creating some pretty awesome explosions based on computable calculations from an initial value. 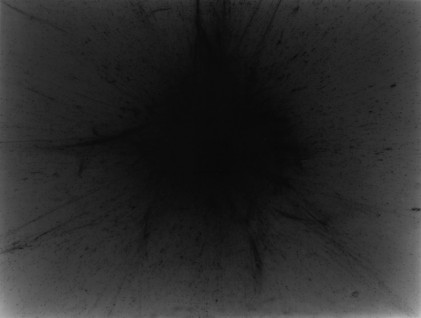 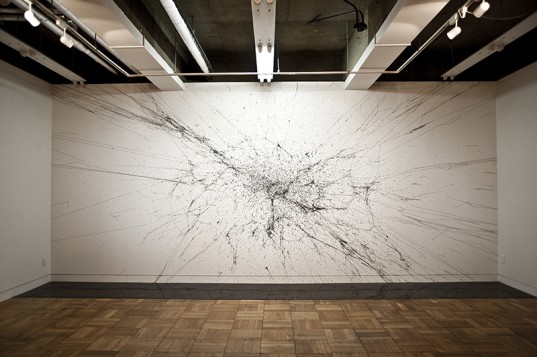 top and bottom images from a 2010 exhibition, “16 arrows and the exposed.” photos by Hirotaka Hirabayashi. 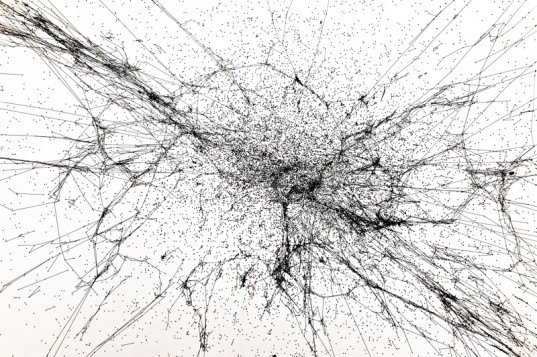