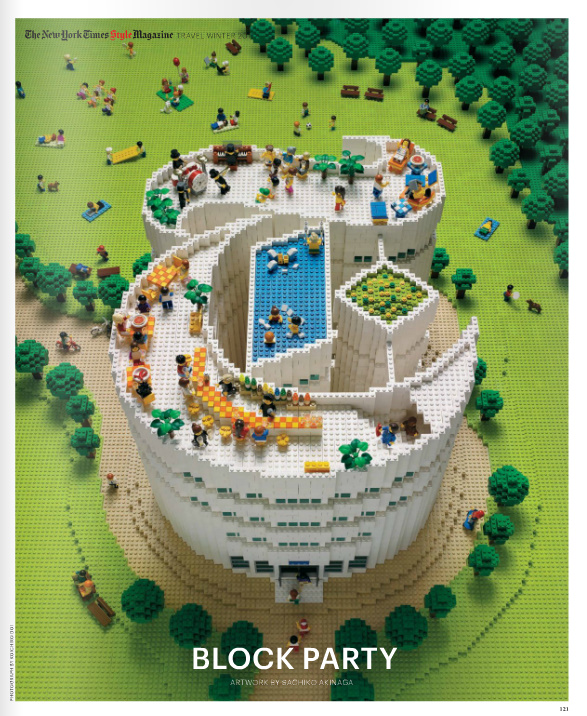 Tokyo-based lego artist Sachiko Akinaga has recreated the iconic gothic T for the New York Times Style Magazine, more commonly known as the T Magazine, using 15,000 legos. The structure – the artist’s largest ever to date – is featured (pg 121) in the Winter2011 Travel Issue, published on November 20,2011.

From the T Magazine:

As a child the Tokyo-based lego artist Sachiko Akinaga played almost exclusively with legos. For this issue she created a six-by-six-foot scene using 15,000 of them. In the middle of a green Lego park stands a Lego hotel – complete with a rooftop pool, bar and band – in the shape of our gothic T. “The many minifigures might remind you of yourself,” she says of the resort’s tiny humans. A graduate of the Toyo Institute of Art and Design in Tokyo, Akinaga has made a Lego version of a McDonald’s Big Mac Value Meal for the toy company. 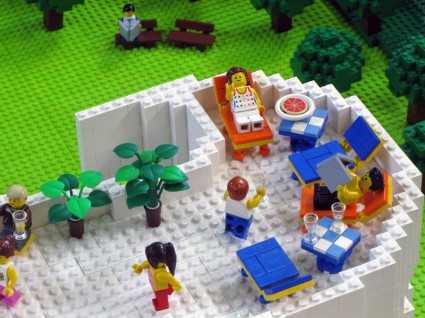 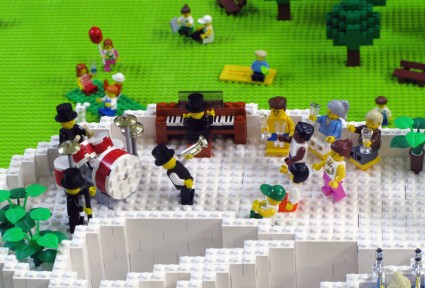 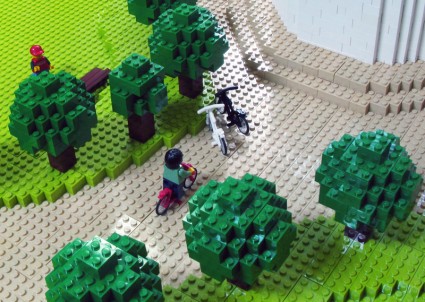 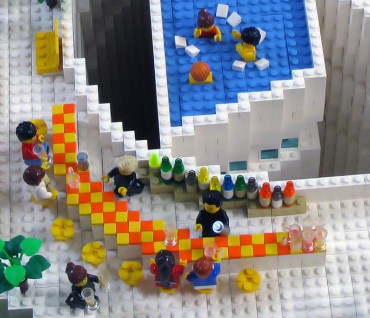 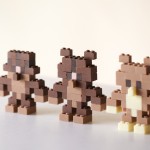 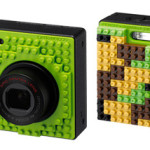