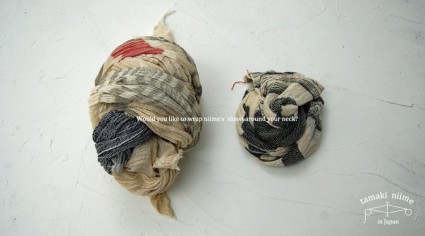 Would I like to wrap niime’s shawl around my neck? Why yes, yes I would. Tamaki Niime is a Hyogo-based artisan who hand-weaves the most delicate shawls in the banshu-ori tradition. Characterized by a technique known as saki-zome (pre-dying the thread before weaving) the tradition dates back to as far as 1792. Niime uses vintage looms to create one-of-a-kind shawls out of cotton and a mix of silk or wool, depending on the season. 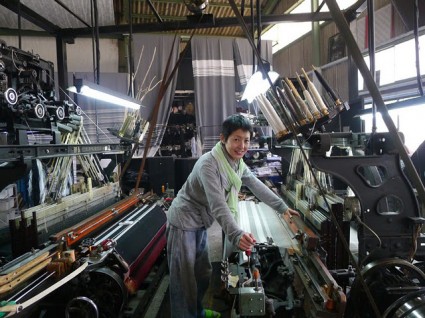 Niime in her studio in Nishiwaki CIty, Hyogo 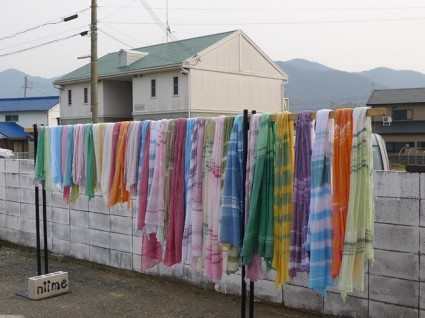 Earlier this year New York-based fashion writer Akiko Ichikawa stumbled upon the luscious shawls. Wanting to learn more, she made a trip to Niime’s studio in Nishiwaki City, a town that once prospered from its fabric industry, supplying to the likes of western fashion houses like Burberry and Brooks Brothers.

The meeting blossomed into a working relationship and resulted in Niime’s luscious shawls becoming available in the U.S. Current stockists include the New York-based online shop La Garconne. 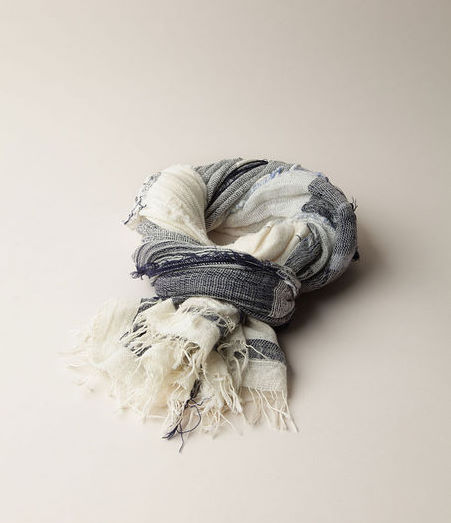 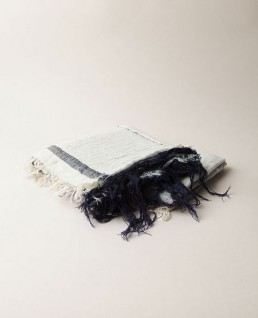 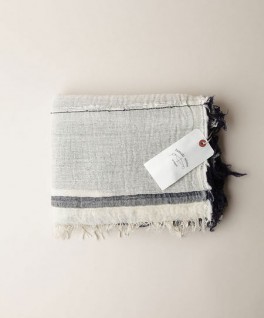 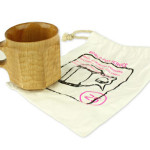 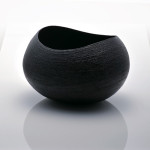 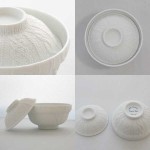 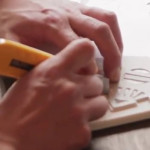 Hand – the artisan at work