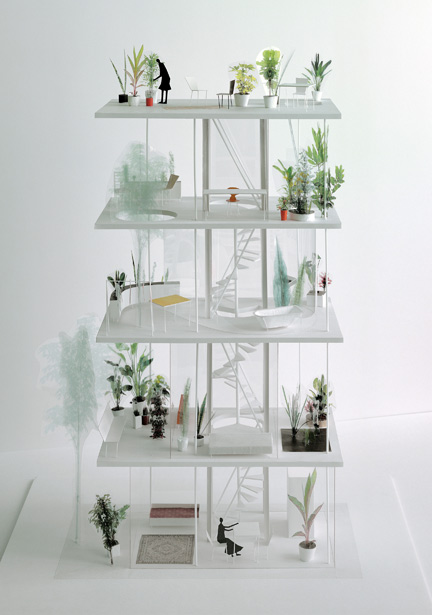 When this architectural model surfaced back in 2006, as beautiful as it was, it was hard to visualize what kind of home would actually take root in Tokyo. And after several years of silence it appeared the model was just another overly-ambitious architectural venture that got shelved away. Well, finally images of iconic architect Ryue Nishizawa’s House & Garden have appeared. And I’m happy to report – it’s real. 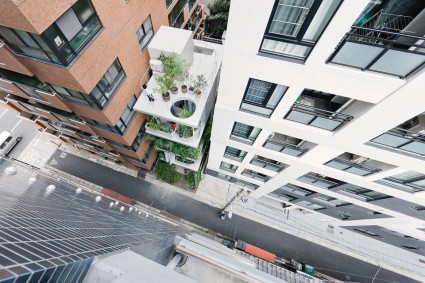 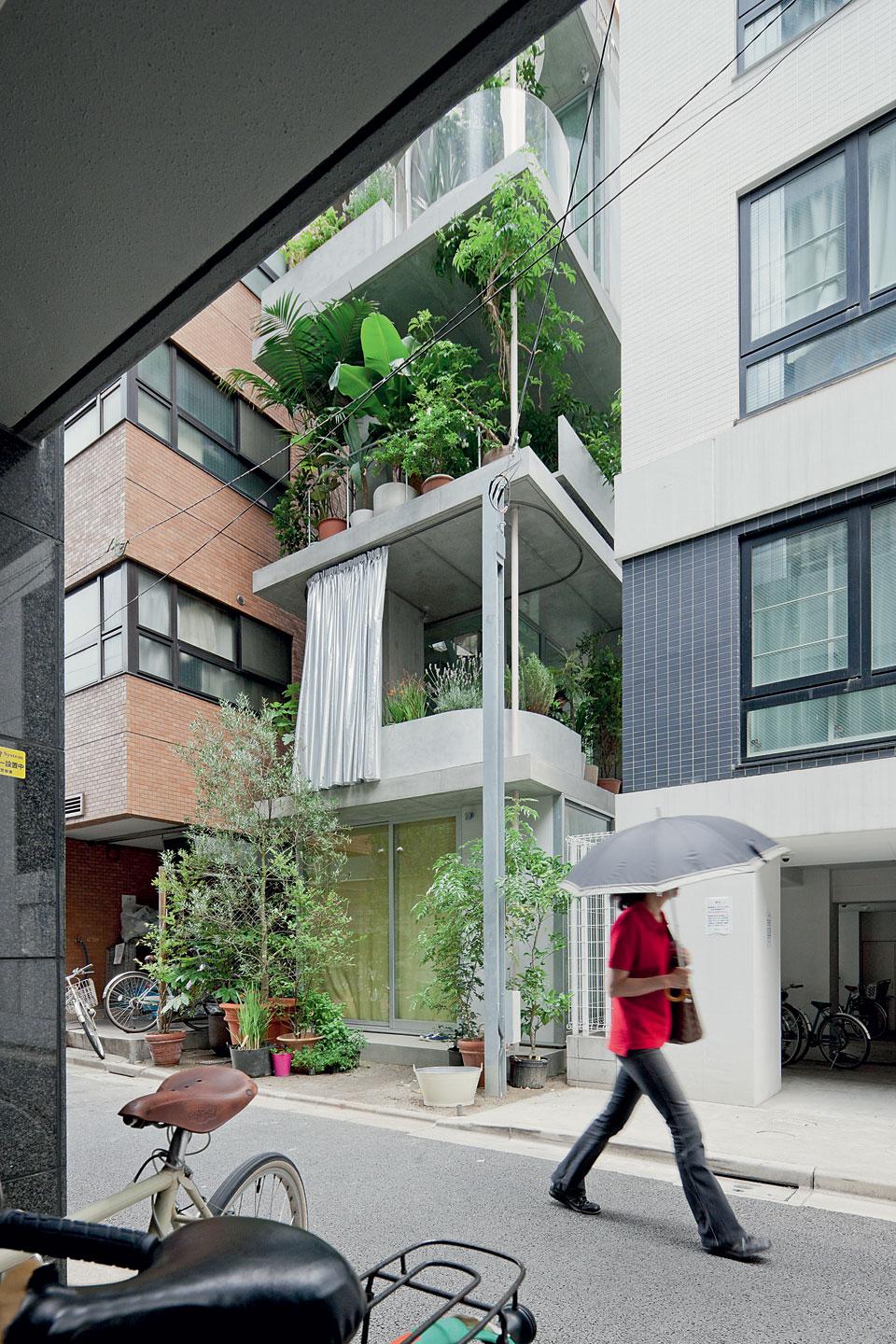 With all its green and glory, the 4-story structure lacks many things that most people require in a home. For one thing, the glaring omission of a façade, which is likely to cause onlookers to mistake it for a vertical garden rather than a private residence. There are no interior walls either. The architect instead opted for floor-to-ceiling windows, curtains and planters to serve is elusive boundaries between spaces. 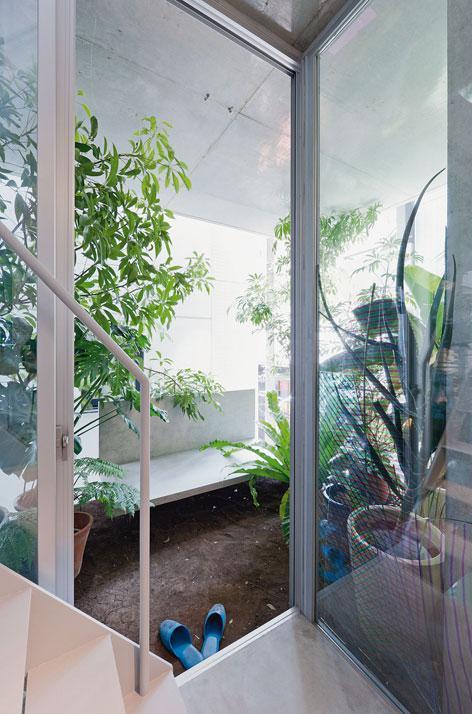 On one of the floors there is even a layer of thin soil that replaces actual flooring, further blurring the transition between inside and out. 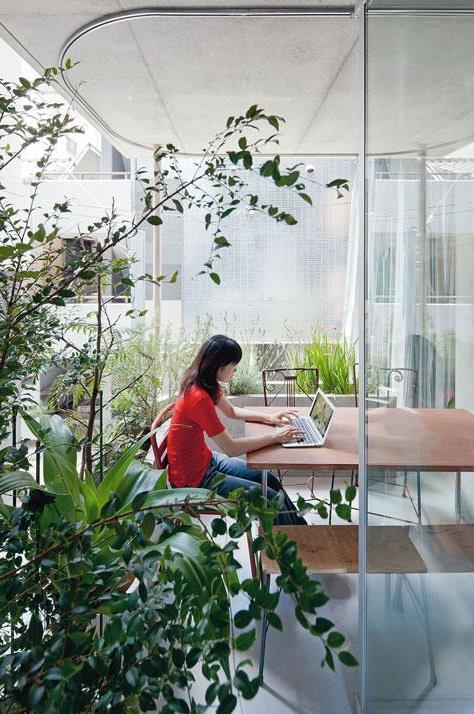 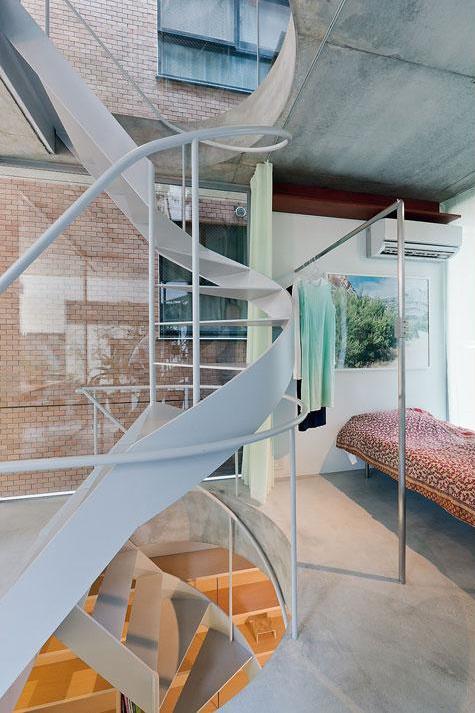 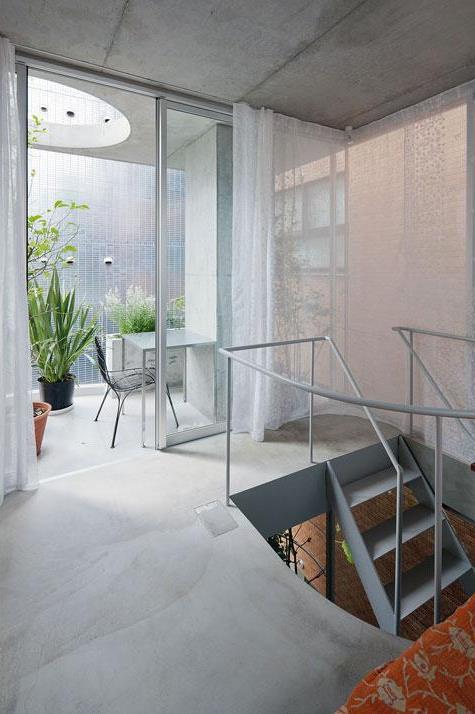