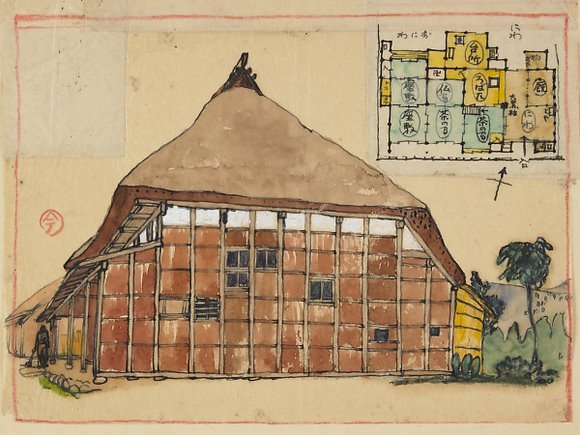 “I was always fascinated by the now. The importance of studying now, I felt, was that it was necessary to create the future.” 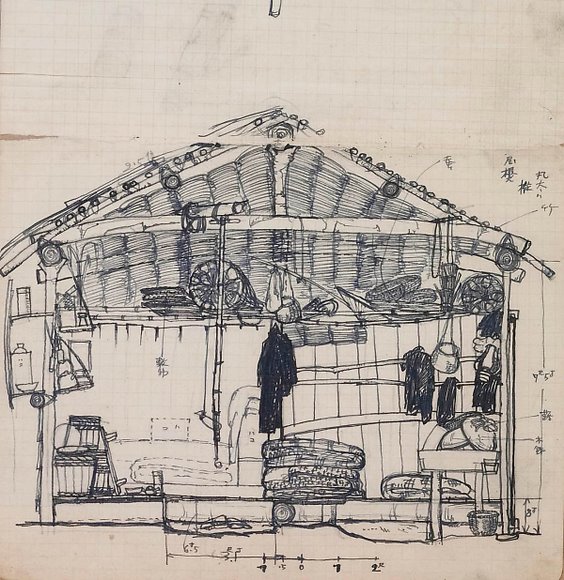 Kon Wajiro is not exactly a household name – even in Japan – unless you are writing a scholarly paper on architecture, phenomenology and modernity. Wajiro, an architect, designer and educator, is often attributed as the founding father of modernology – the study of modern social phenomena or, in other words, the study of everyday life.

“I was always fascinated by the now,” wrote Kon Wajiro, describing himself. “I was intrinsically attracted to people working, having fun and being creative. The importance of studying the now, I felt, was that it was necessary to create the future.” (translated by S&T)

He’s now the subject of a retrospective at the Shiodome Museum in Tokyo that runs through March 25, 2012. The collection includes architectural sketches of Japanese homes and exhaustive surveys of everyday life that he conducted, compiling lists of things in homes, people’s clothing and possessions. I’m most fascinated with a piece called “Tokyo Ginza Fuzoku Kiroku,” which is essentially an infographic – borderline OCD – of his observations, conducted in 1925, of everyday people and what they wore. The main graphic (seen below) breaks down the ratio of men and women dressed in traditional Japanese or western attire. 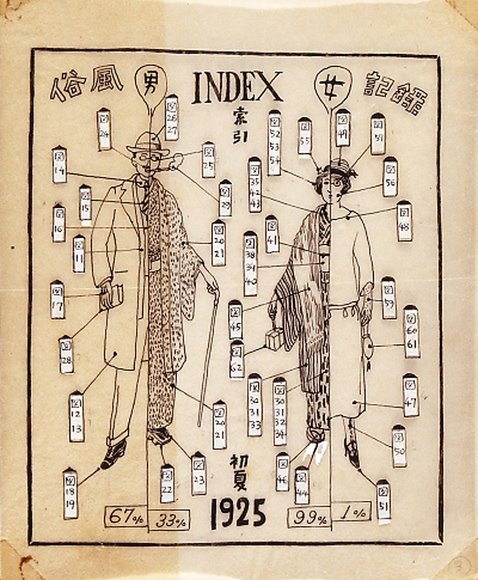 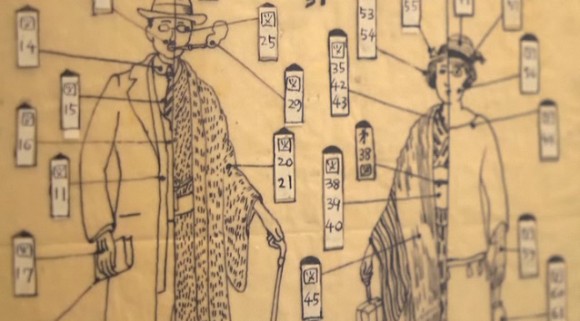 image above and images below are stills from the introductory video

Each article is numbered and points you to an appendix, which provides further granularity into his observations, such as the types of bears men had, the type of overcoat worn or the length of women’s skirts. 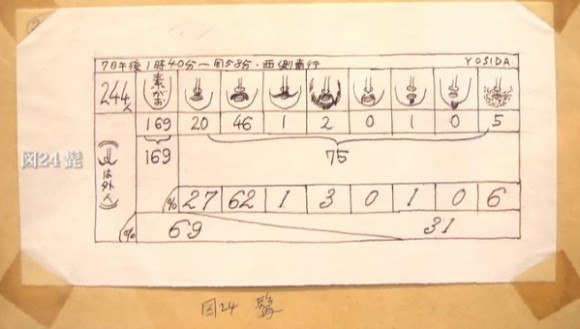 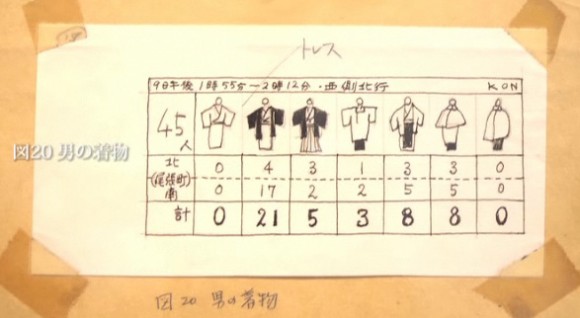 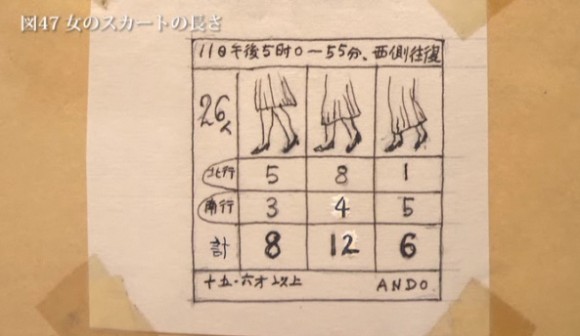