April 3, 2012 / Johnny / Comments Off on Yasuaki Onishi | Reverse of Volume at Rice Gallery 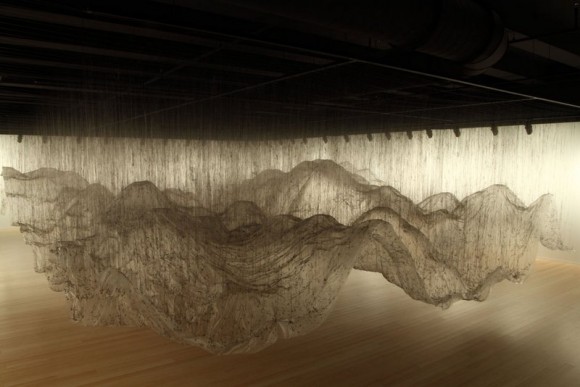 –
The Asia Society has some new digs. Their brand new 39,000 sq ft Texas headquarters was designed by Japanese architect Yoshio Taniguchi, best known for his redesign of the MoMA. And to commemorate the opening,  Texas’ Rice University Art Gallery has invited Yasuaki Onishi to create a site-specific installation that, albeit in a different fashion, also exhibits massive space and volume.

Onishi once said in a statement describing his work:

I am interested in the visible and the invisible thing. Through my art work, I get information from the space and leave clues on the space. Form, color and movement is changed to the simple element, like points, lines and lights.

Where Taniguchi’s new building is clearly a development, Onishi’s is an antidevelopment: reversing sculpture, as Onishi would put it. He uses the simplest of materials – translucent plastic sheeting, strings of black glue, fishing line – to create spatial forms that render the illusion of mountainous objects that have been removed, or perhaps are invisible, leaving only an outline. His monumental sculptures are at once imposing, but also are void of any mass of their own, as if acting to define their own negative space. The ephemeral, fleetingness of his work is perhaps the antithesis of all human assemblage. 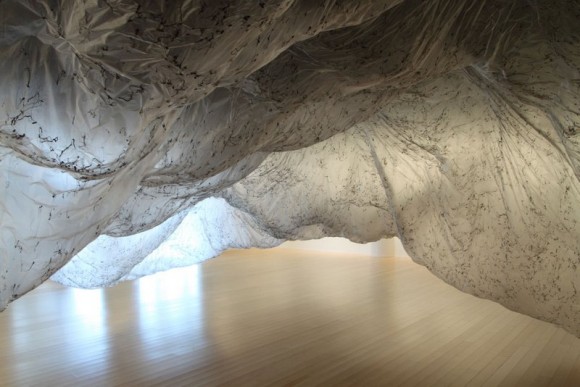 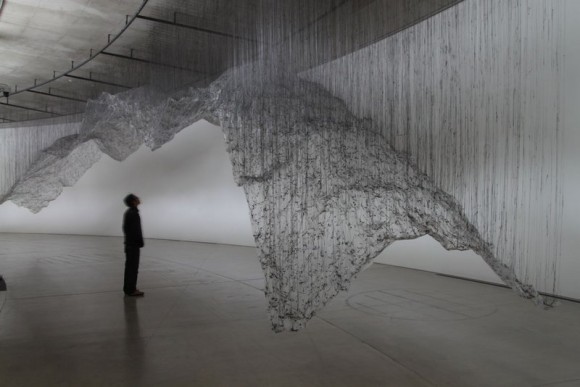 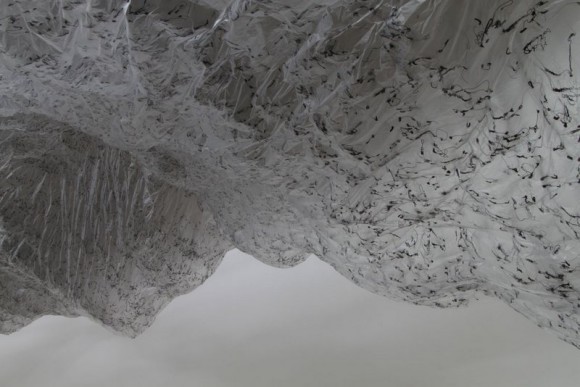