Call me a sucker for the sentimental but this is pretty great. In what is perhaps one of the best Honda commercials I’ve ever seen, a fleet of over 20 old vehicles make a comeback in 1 single camera pan. Titled “We’ll Never Lose,” the 60-second spot first aired on April 2nd.

If you try hard enough, your efforts will be rewarded.
If you wait long enough, your dreams will come true.
That’s an illusion.

These are all everyday-realities of our world.

But, so what?
That’s where you start.

If you try something new, you’ll undoubtedly screw up.
You’ll get annoyed.
But that’s why – instead of sleeping and eating – you do it over and over again.

It’s an honest, hopeful message that extends beyond Honda, to all the hardships that have befallen Japan. Check out the making-of video below, which is also pretty great. 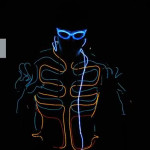 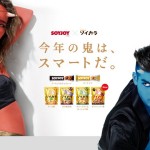