Sometimes art happens by accident. Never has this been more true for New York-based artist Nao Matsumoto who, in late-2011, nearly sliced off his middle finger while cutting wood in his studio. Living in New York, Matsumoto had found himself relying on the middle finger gesture quite frequently. So the accident made him realize the severity of the potential loss – an accident, he says, that would have been equivalent to losing his voice. 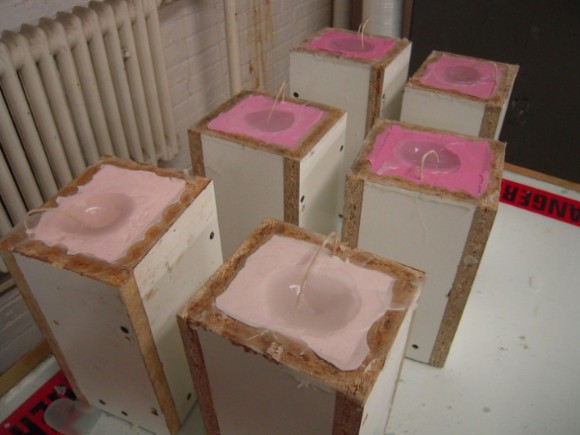 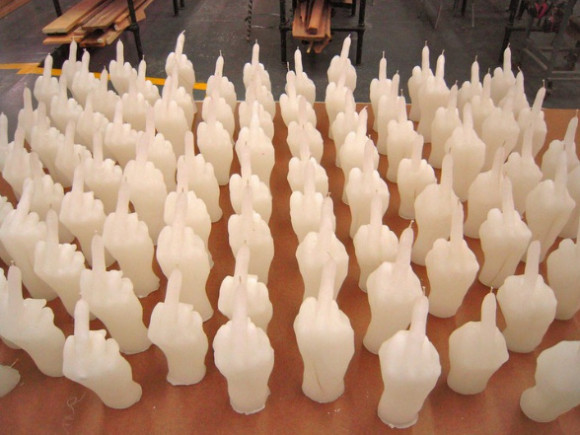 On March 11, 2012, thousands of protesters descended upon the National Diet building in Tokyo. They formed a human chain around it, calling on Japan’s government to abandon atomic energy on the anniversary of the tsunami that sparked the Fukushima atomic disaster. Matsumoto handed out hundreds of his middle finger candles, which the protestors happily accepted. 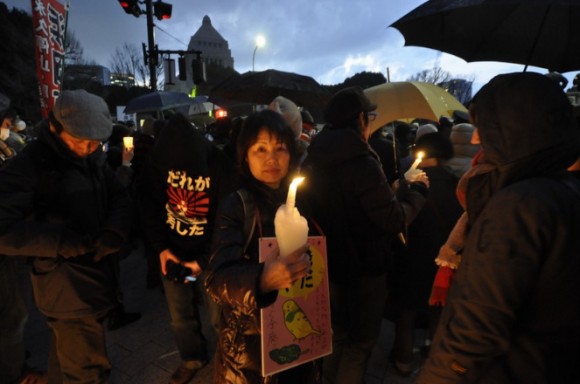 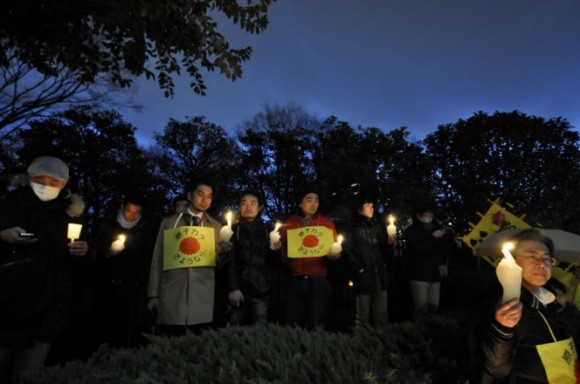 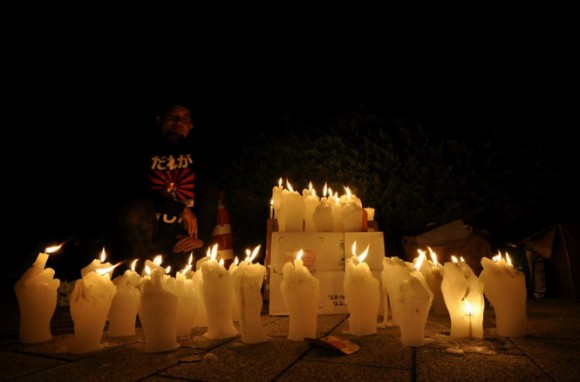 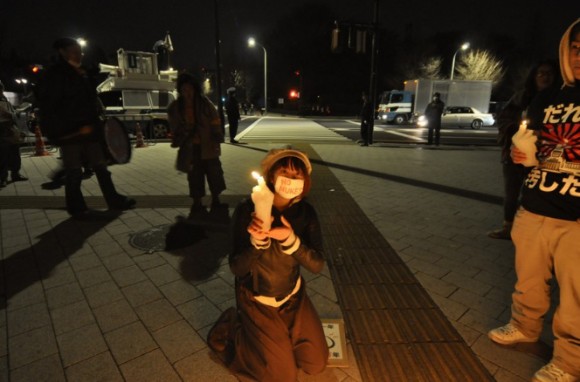 As the candles burn, the middle finger melts away, leaving a sadly deformed stump of a hand. It’s symbolic of the human tendency to only be able to communicate after things are badly damaged.

If you want to learn more about Nao Matsumoto he is currently showing a group of sculptures at hpgrp Gallery in New York through May 12, 2012.

[update] the middle finger candle is now available in our shop!

(thanks for the tip masako!) 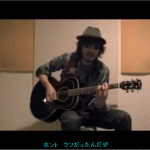 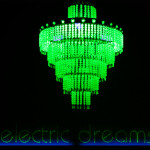 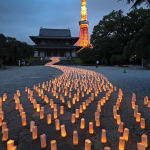