State of Create: Adobe creativity study reveals Japan is the most creative country 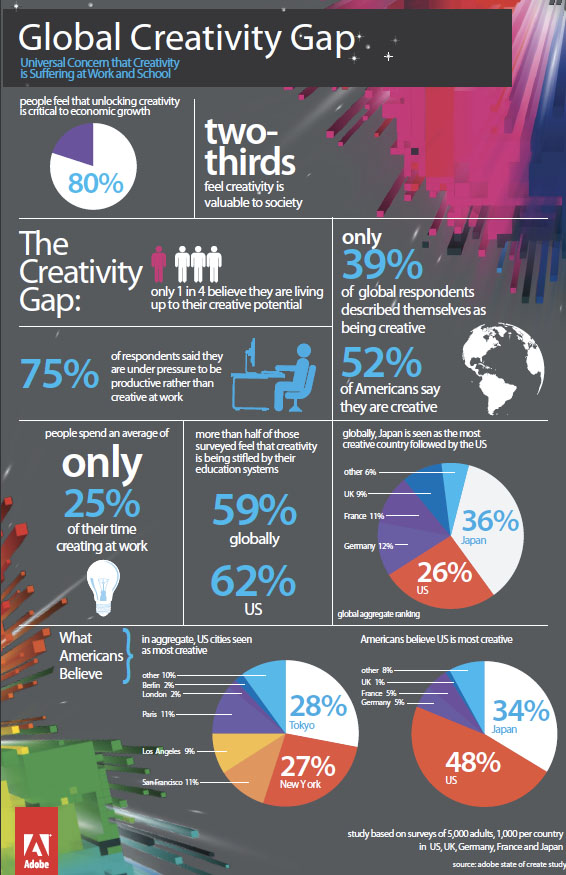 Among the study’s other findings were that 80% believe that creativity is critical to economic growth. Yet only one in four people feel like they are living up to their creative potential. And 75% of respondents said they feel like their employers put more pressure on them to be productive than to be creative. 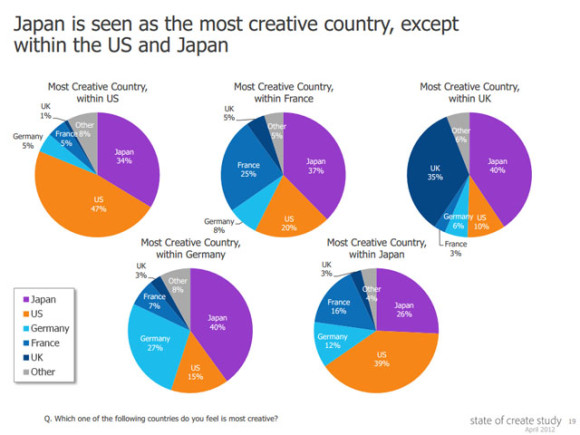