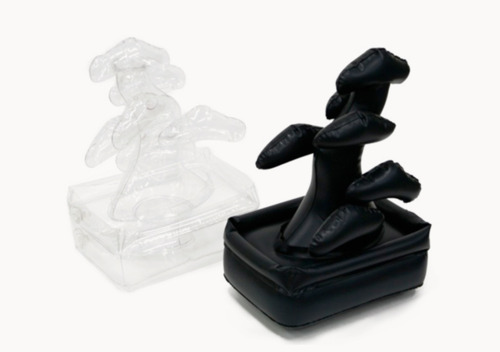 It’s one of contemporary society’s odd twists and turns. For reasons that are beyond my understanding, one way that our human race chooses to celebrate, and in turn, manifest, our carnal pleasures and is by rendering them in inflatable PVC-coated nylon. Whatever turns you on, whether its English pubs, slightly NSFW installation art or Stonehenge, you can bet an inflatable version exists.

Enter graphic design duo Ryohei “Wabi” Kudo and Kazushi “Sabi” Nakanishi of WabiSabi. The two applied the inflatable treatment to one of Japan’s most beloved and revered pastimes: bonsai – the art of growing miniature trees in containers. The “Air Bonsai” comes in black and white, and adds some nice artificiality to any garden. It was recently awarded the JAGDA 2012 award. 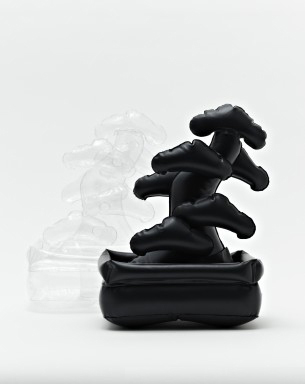 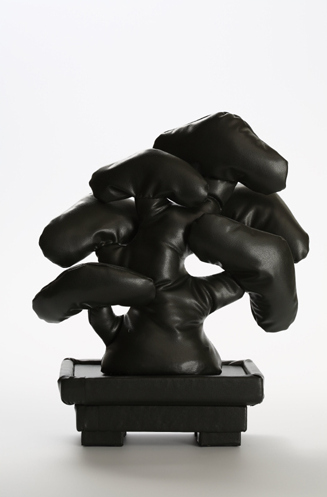 Bonsai is actually a recurring theme in the designer’s work. Back in 2005 the two created a bonsai illustration using calligraphy. 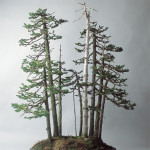 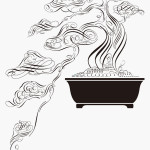 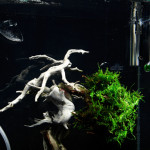