May 3, 2012 / Johnny / Comments Off on Perfume – a group of dancing Macarons, Cupcakes and Lollypops 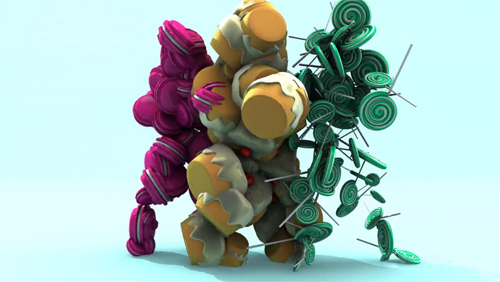 This is what happens when you motion-capture a pop girl group and release it on the internet as a free download. Perfume, if you don’t know them, are an all-girl trio that have gained popularity, in part, due to producer Yasutaka Nakata, who decided to take the group in a more electrohouse direction.

For their latest marketing campaign, Perfume has enlisted Daito Manabe (previously) to capture the dance motion data of the girls and release it for all to remix. The project has resulted in a number of unique dance routines you’ll never see anywhere else including multiple heads of Buddhist nun, writer and activist Jakucho Setouchi. The virtual Perfume model is similar in concept to that of Japanese pop star Hatsune Miku – a 3D hologram who performs at sold-out concerts.

Perhaps my favorite is this remix by visual designer ogaooooo. It’s pretty fun to watch. 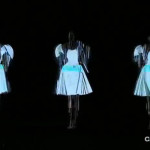