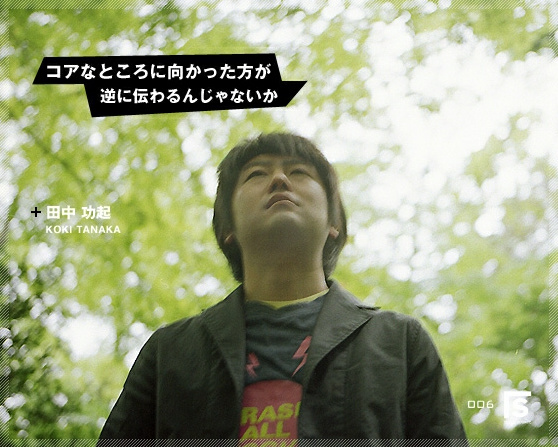 It was announced last week that Koki Tanaka, the 37-year old video artist (not the 27-year old member of boy band KAT-TUN) would represent Japan next year in the 2013 Venice Biennial. The relatively low-profile artist was selected from a group of art industry heavyweights that included Tadashi Kawamata, On Kawara, Yoko Ono and Hiroshi Sugimoto. Given the impending focus on the artist, this seems like a fine time to review Tanaka’s previous work.

Tanaka is obsessed with the endlessly mundane choices we face in our life and how a single question (“what should we have for lunch?”) can branch out into fifty different topics, from restaurants to food to ingredients to childhood memories until, “at times I just forget about the question I’ve had in mind.” Throughout the 2000’s Tanaka created a series of videos in which he demonstrates mind-numbingly complicated procedures to approach some very mundane tasks like getting into a house, drawing a line or closing the doors on a vehicle.

His more recent work requires a bit more dedication in that, instead of 2 – 6 minute videos he is now producing 60-minute videos. But conceptually, “A Piano Played by Five Pianists at Once (First Attempt)” (2012) and “A Haircut by 9 Hairdressers at Once (Second Attempt)” (2010) both follow a narrative structure, distancing them from their more nonsensical earlier brethren. In both works a group of people are given a seemingly difficult challenge. The loophole – very few rules.

At its core, the videos are about human experience, and how we understand it – themes which Tanaka plans to build upon for his proposed installation next year. He will, of course, incorporate Japan’s greatest collective experience, the March 2011 Tohoku Earthquake and Tsunami. According to the proposal, one of the filmed challenges will be for office workers to descend an emergency stairway of a high-rise as quietly as possible, as well as a more politically-charged piece dealing with the electricity industry. 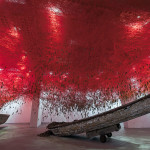 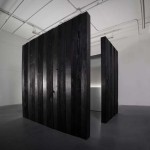