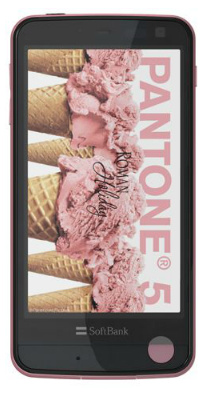 Last night in Tokyo, Softbank announced that their latest cell phone, the PANTONE 5 series, would go on sale later in July. Masayoshi Son, the president of Japan’s 3rd largest mobile phone operator, took to stage to announce the new phone’s various characteristics, which include 8 different PANTONE colors to choose from, waterproof and dustproof technology, playful calendar and wallpaper widgets, an elliptical form that fits comfortably in your hand and, last but not least, a radiation dosimeter.

That’s right. This cute little device is the world’s first ever radiation detecting smartphone. With just a simple push of a button the phone is able to measure radiation levels in microsieverts per hour. Users can upload locations to a map, making radiation tracking fun for the whole family.

I completely agree. RT @denebu31: I hope the day comes when nobody uses this because there’s no need RT @masason: in response to public demand, Softbank has developed its first-ever radiation detection [mobile phone]

On twitter, Masayoshi Son, who has been a vocal critic of nuclear power, expressed his mixed feelings about releasing the product. (tweet translated by Spoon & Tamago)

Softbank’s new phone is a chilling reminder of the surreal new reality we now inhibit. Late last year S.T. Corp announced that they would begin selling “Air Counter,” a Geiger counter that – evidenced by its cute design that resembles a pregnancy detector and tamagotchi (below) – is marketed towards your everyday consumer. Technology that was once only required by scientists and people with PhDs, is now being offered to housewives who are concerned that atomic hotspots are nestled in their neighborhood. 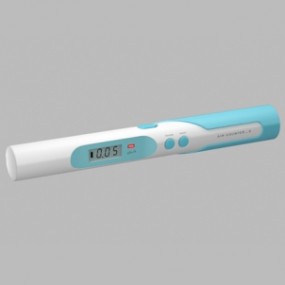 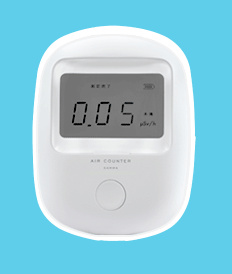