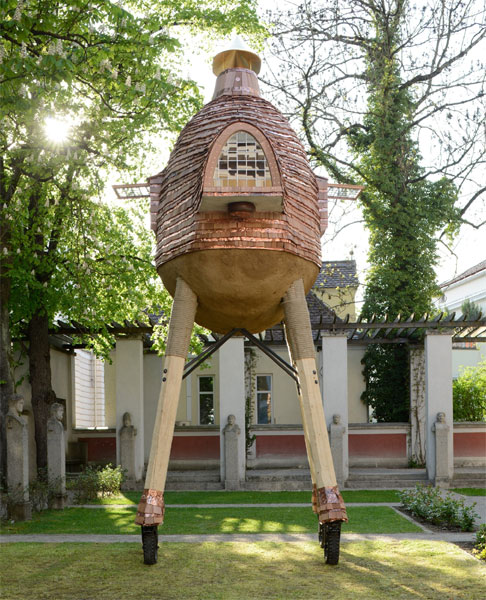 Architect-extraordinaire Terunobu Fujimori currently has a retrospective at the Museum Villa Stuck in Munich. There, amongst a comprehensive documentation of the architect’s work since 1986, rests the mobile tea house “Walking Café.” Fujimori’s latest structure remains strongly affixed to his fascination with the tea house, but with a European twist, hence the name. And in an interview with DETAIL Magazine he talks about the unlikely inspiration for the piece. 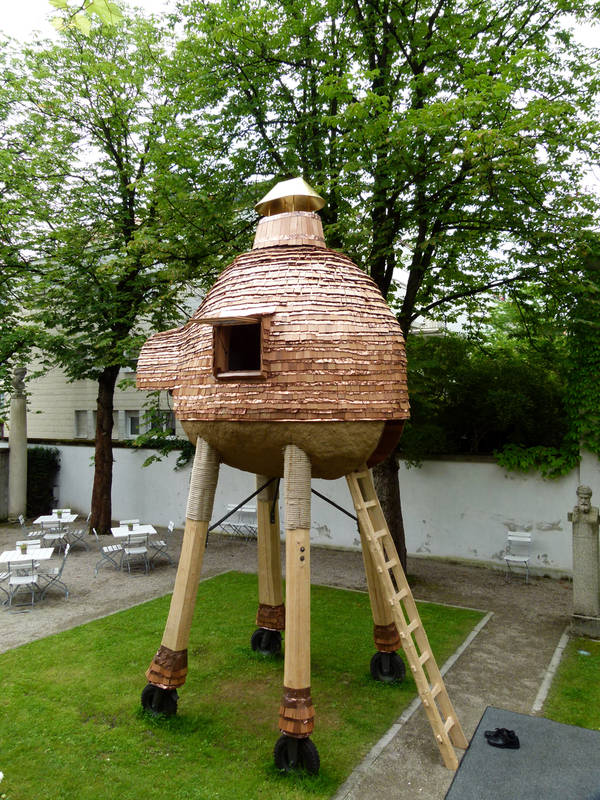 It’s a place with strong personalities, says Fujimori, speaking about the state of Bavaria. The use of shinglings and copper armor was very much an homage to the traditional local architecture. Fujimori, with the help of local craftsmen, students and children, sourced only local materials. But he also had some help from a famous painting, housed in the local Alte Pinakothek museum, a historic gallery known for its collection of Old Master paintings. “The Land of Cockaigne,” painted by Pieter Bruegel the Elder in 1567 depicts a mythical land of excess, but in a very unflattering way. In the painting, men are passed out after a feast while a half-eaten egg, a chicken and a roasted pig run about.

Fujimori’s tea house is somewhat of a dichotomy – a structure meant to encourage moderation and, in some cases, even asceticism, being constructed in the symbol of gluttony and sloth. However, it’s important to remember that in the case of the Trojan horse, it’s not what was on the outside but what was on the inside that mattered most. 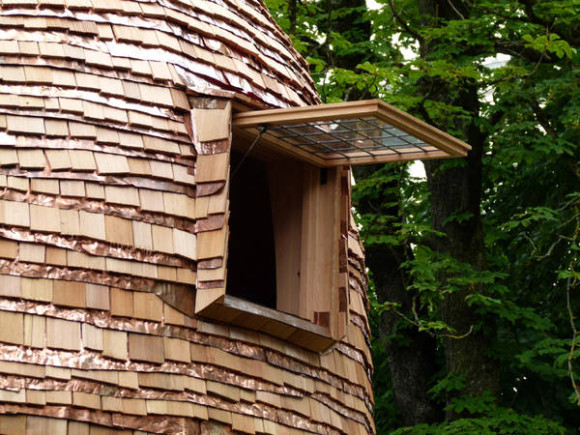 If you’re interested, check out our article on Japanese designers and tea houses, which of course features the work of Fujimori. 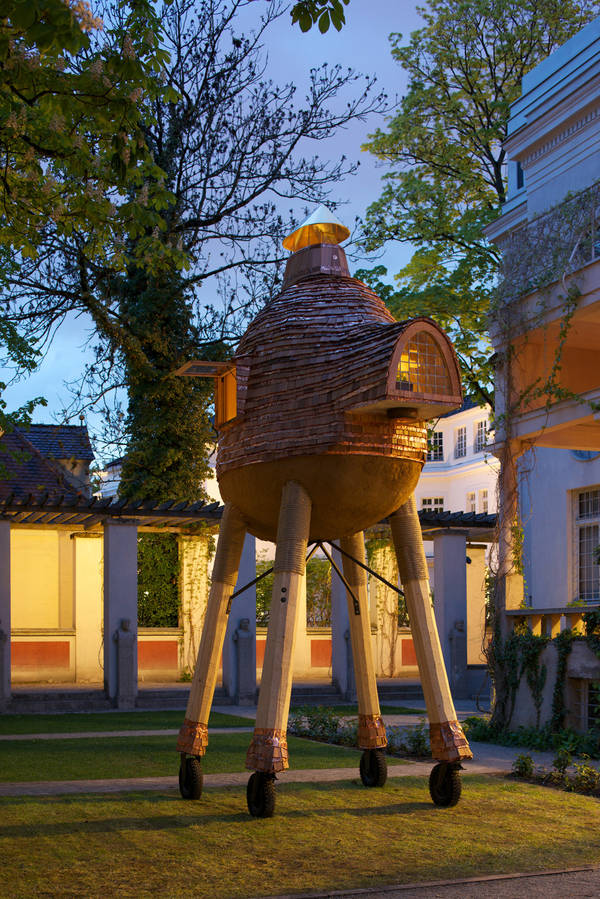 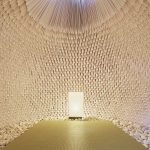 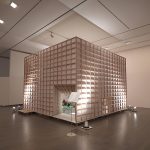