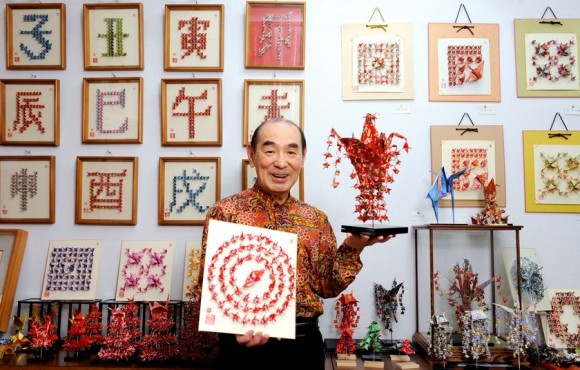 Mizuho Tomita, stands in front of his impressive body of work at his gallery in Kyoto. Photo by Mihoko Takizawa, courtesy The Asahi Shimbun | click to enlarge

Are you bored with just folding a single paper crane? Do you feel like something is missing from your regular origami routine? Well, renzuru (連鶴) might be for you! Literally “consecutive crane,” renzuru us an advanced, slightly daunting origami technique that involves folding multiple cranes out of a single piece of paper. I had no idea this technique even existed, until stumbling upon this article about Mizuho Tomita, who has a small renzuru gallery in Kyoto and whose personal record is 368 connected cranes from a single sheet of paper.

I’m not sure how big the paper was that he used, but Tomita says that his favorite size to work with is a rectangular sheet that measures 64 cm x 92 cm (25 in x 36 in). At his gallery, where you’ll find various feats of folding, Tomita also holds small workshops where he shares his obsession with students.

I found these shots over at the website of blogger asablo airline, who visited Tomita’s gallery in Kyoto last month and snapped these great pics: 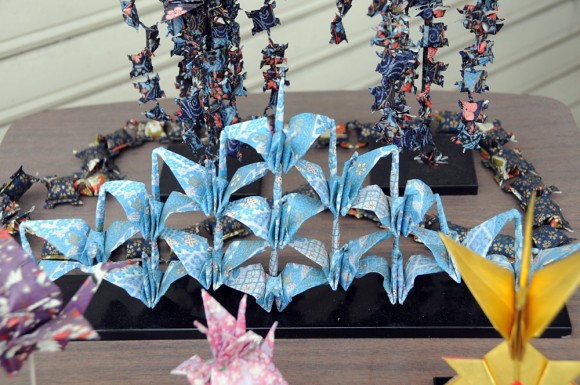 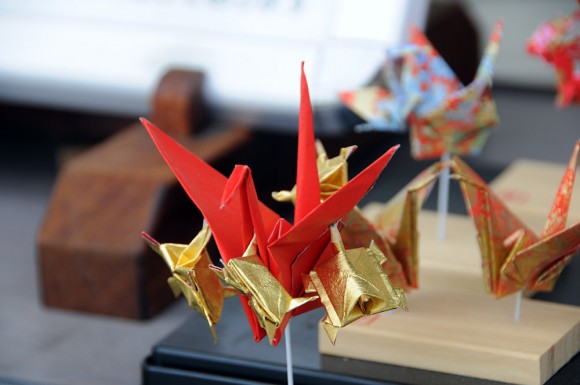 Here’s a quote from the article on how Tomita got into this crazy activity in the first place:

Tomita said his obsession started with a dream he had on the night of Jan. 2, 1997.

Since ancient times, Japanese people have believed the first dream of the year, specifically the “hatsuyume” (first dream) of Jan. 2, foretells the fortune of the coming year.

In Tomita’s hatsuyume, a crane landed from the sky and pronounced that he should “go ahead and fold origami.” 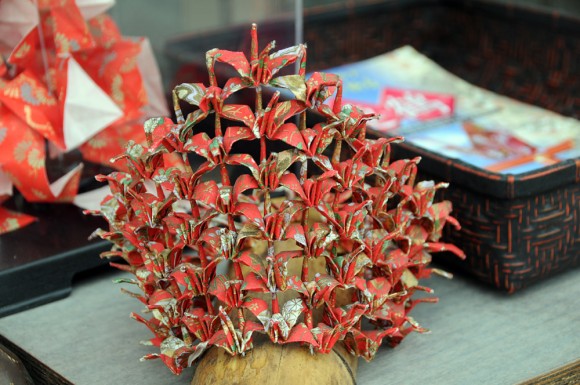 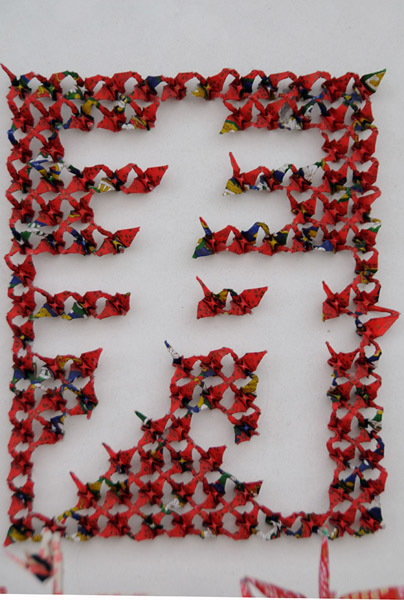 above, the character for longevity (寿) appears in the negative space 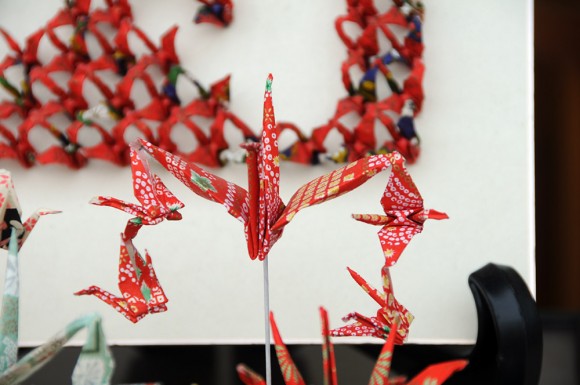 Below are images from the photoblog hibiarekore. The blogger visited a gallery in Minamiboso, Chiba, where the work of renzuru artist Aiko Nomura was on display: 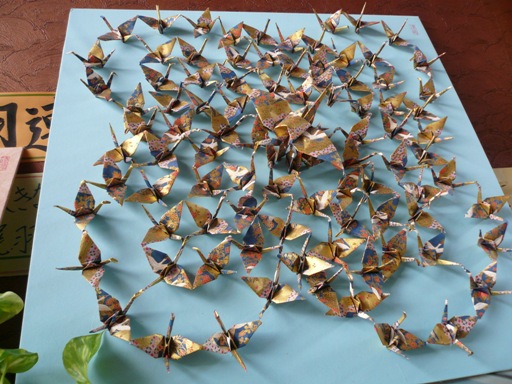 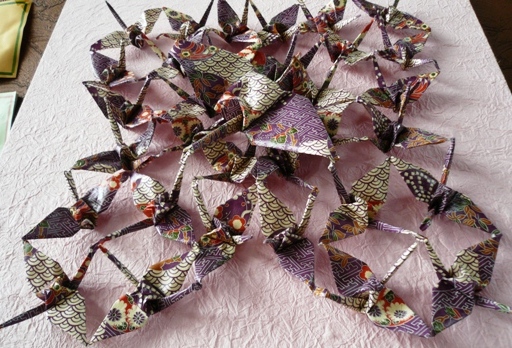 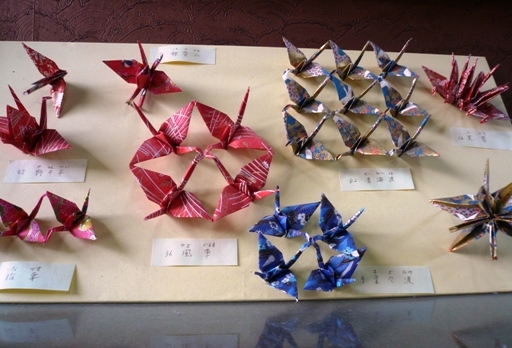 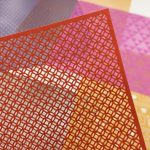 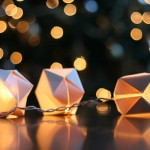 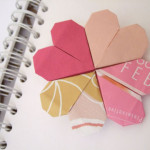 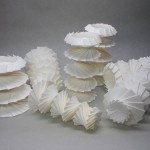