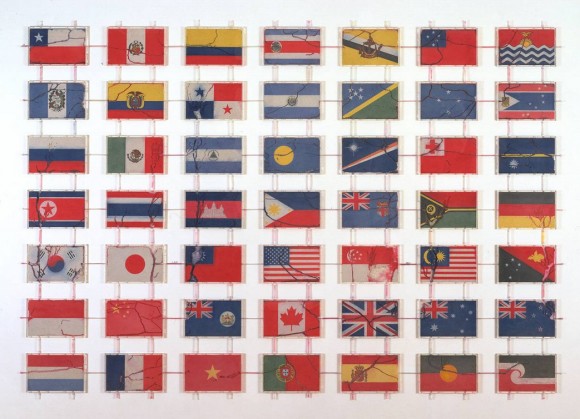 Over the last 20 years Yukinori Yanagi (previously) has been creating a series of artworks with an unlikely collaborator: ants. The Japanese conceptual artist begins by assembling replicas of flags by pouring colored sand into plexiglass boxes. He then pours live ants into them, allowing them to wreak havoc – or order – as they set about tunneling through the sand. The piece is indeed a living, breathing artwork. It’s appearance continues to evolve as ants travel through the maze of flags, mixing sand as they go.

The symbolism, as crystalized in “Pacific” (below), which pokes fun at the notion of national identity and how even the island of Japan is not immune to the mixing of cultures and identities. “My works,” says Yanagi “are borders I have had to cross or barriers I have confronted in trying to define myself as a Japanese.” 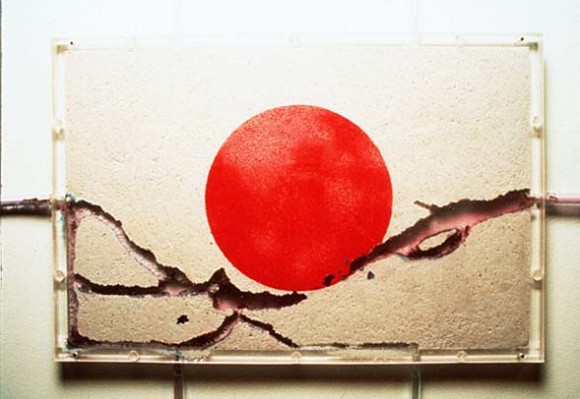 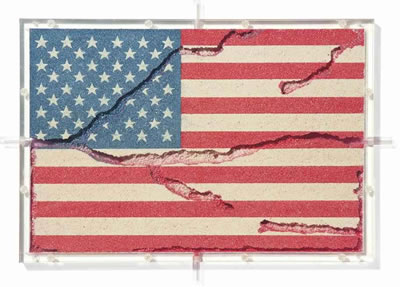 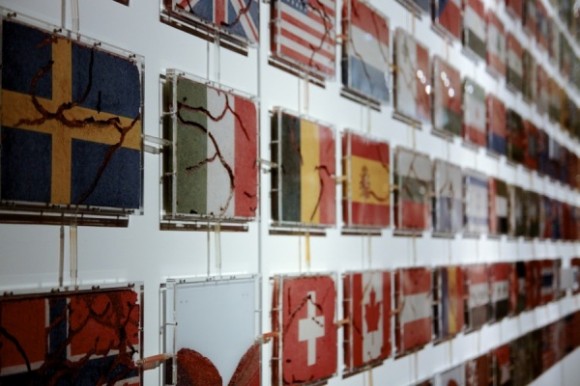 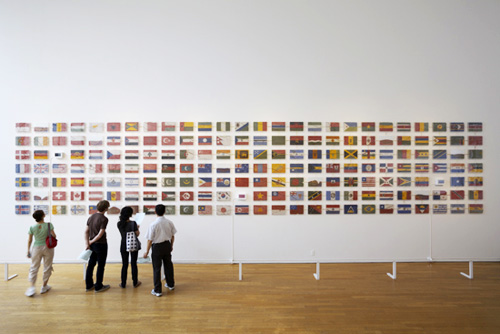 Yanagi has always been interested in ants – often describing them as the perfect allegory for self. One is his more enigmatic works – one which he calls “my meditation” – is a series where he gets down on the ground and traces the paths of ants using red chalk. 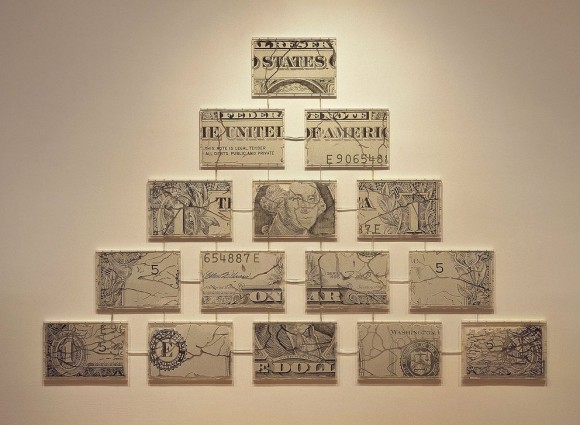 Above is “Dollar Ant Farm,” another piece in his series collaborating with ants. 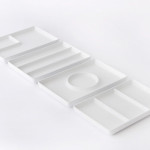 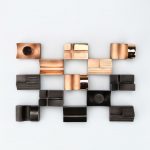