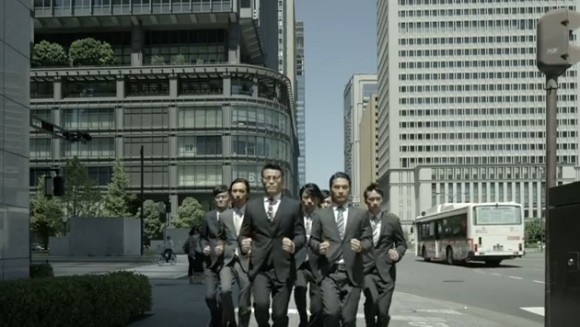 Amid heightened tensions between Japan and her two neighboring countries – S. Korea and China – one man was quick to take action, proving that not all are nationalistic douchebags. I am, of course, speaking of mixed-martial-artist-turned-buddhist-internet-dancing-sensation Genki Sudo. In his new video “Permanent Revolution,” he and his compatriots dance their way to Asia where they spread their message. 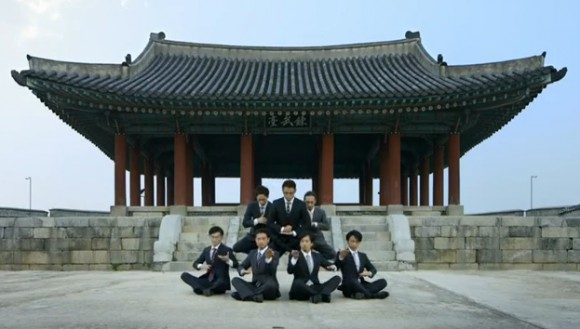 [Spoiler Alert]
It’s not until the last 20 seconds of the video that we learn what their message really was. “We are all one,” written in large letters across a single white page. But in an ominous turn of events, a sinister-looking Caucasian special agent is seen sneaking the message into his jacket and leaving the scene. There seem to be two interpretations: 1) the West had orchestrated the conflict and was trying to throw a wrench in the mending process, or 2) the man was taking the message back to the West to share it. What do you think? Any other theories? 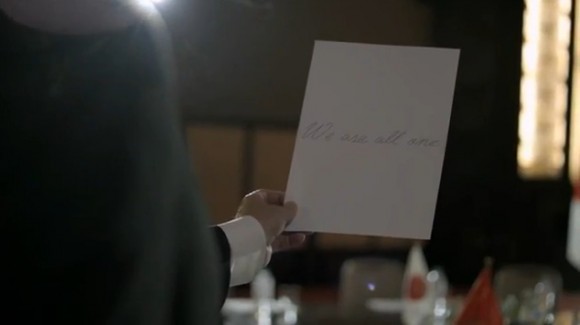 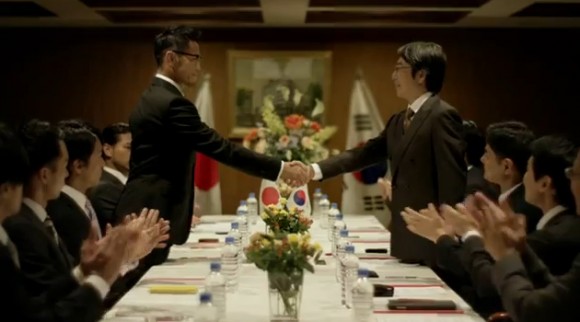 Sudo is well known for his timely music videos. Just 1 week after the March 11th earthquake and tsunami, Sudo uploaded “Machine Civilization,” a catchy electronic tune in signature Sudo style that shows support for Japan. “Any accident is neutral,” he says. “Although we are straying around this deep darkness, I believe we can get through anything when each of us can let go of our fear and face things positively… The darkness just before the dawn is deepest. So, we do rise up together to greet the brilliant morning truly coming for the human beings.” 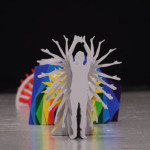 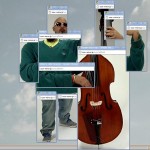