Last night I attended a small, intimate talk by Tatzu Nishi at the Nippon Club. In case you haven’t heard of him, you should check out his current project. I had never heard him speak so I was delighted, yet not all that surprised, to learn how brutally honest and funny the man is.

We were treated to numerous insider stories and behind-the-scenes incidents, giving us an enlightened view into what it actually takes to install his large-scale public art projects. I wish I could share them all but that would result in an incredibly long post so here is 1 episode that, for reasons uncertain even to myself, really stuck with me. 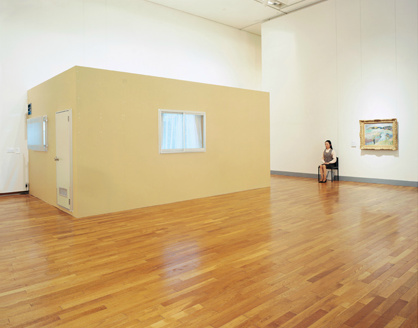 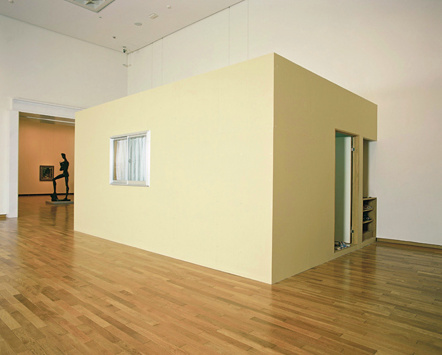 In 2006, Nishi created an installation for the Aichi Prefectural Museum of Art titled “sometimes extraordinary, sometimes less than common.” The piece incorporated the museum’s most expensive artwork – a Picasso from his blue period valued around $40 million – and encased it in a typical middle class Japanese kitchen. The original concept was to demonstrate that, when an extraordinary work of art with historical significance is placed in common setting it maintains its aura.

But to Nishi’s surprise, when the room was complete and staff replaced the color copy with the original painting, it was wiped clean of any aura. In fact, when visitors entered the room many of them didn’t even notice the Picasso. Instead, they were impressed by the replica of the kitchen. At the last minute, Nishi decided to change the name of the piece to something more fitting, hence the current title. 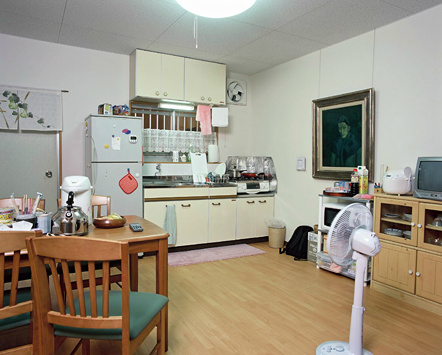 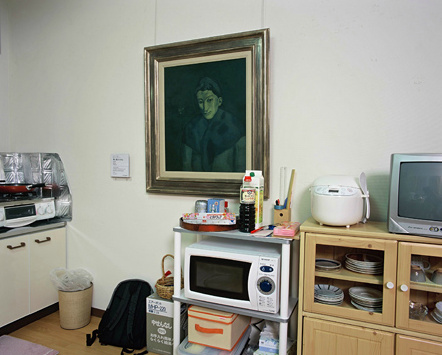 And convincing the museum staff to was no easy feat either. Their most prized possession was suddenly going to be placed next to a rice cooker, a bottle of soy sauce, and a carton of cheap sake – all items that have the potential to easily ruin a painting. Nishi finally convinced them by promising to mount every single item to its surface. This way no one would be able to lift the kettle, or any other item for that matter, and swing it at the painting in some drunken stupor.

However, no one on the team had calculated how long it would take to mount everything and, low and behold, they ran out of time. But instead of making a big deal over it, they just said nothing, crossed their fingers, and hoped that the exhibition would run smoothly without incident. Luckily for them, it did.

The ordeal underlines one of the main takeaways of the talk – how difficult it is to implement public art in Japan. Based on Nishi’s own experience, Japan is by far the most difficult country to get public art projects approved. England tails behind at 2nd, but with a huge margin. And yet “Japan needs public art the most,” Nishi argued. But they’re just not interested in doing anything different, anything beyond their call of duty.

(special thanks to kosuke for getting me in!) 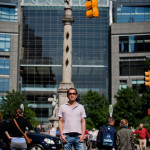 Art, notes from the editors