February 14, 2013 / Johnny / Comments Off on 2013 Serpentine Pavilion to be designed by Sou Fujimoto 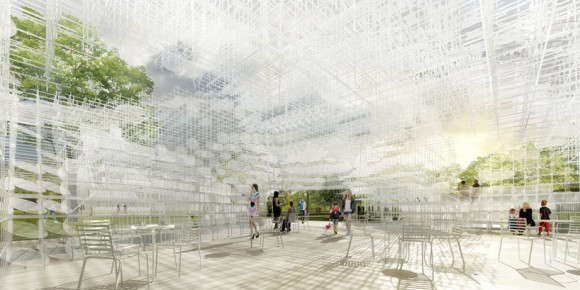 Four years after SANAA designed the 2009 Serpentine Pavilion, the baton returns once again to the Japanese, as it was announced this morning that architect Sou Fujimoto will design the yearly summer pavilion. He is the thirteenth and, at 41, youngest architect to accept the invitation to design a temporary structure for the Serpentine Gallery.

Widely acknowledged as one of the most important architects coming to prominence worldwide, Sou Fujimoto is the leading light of an exciting generation of artists who are re-inventing our relationship with the built environment.

Occupying some 350 square-metres of lawn in front of the Serpentine Gallery, Sou Fujimoto’s delicate, latticed structure of 20mm steel poles will have a lightweight and semi-transparent appearance that will allow it to blend, cloud-like, into the landscape and against the classical backdrop of the Gallery’s colonnaded East wing. 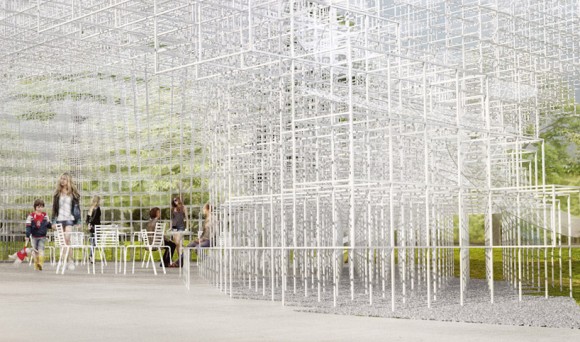 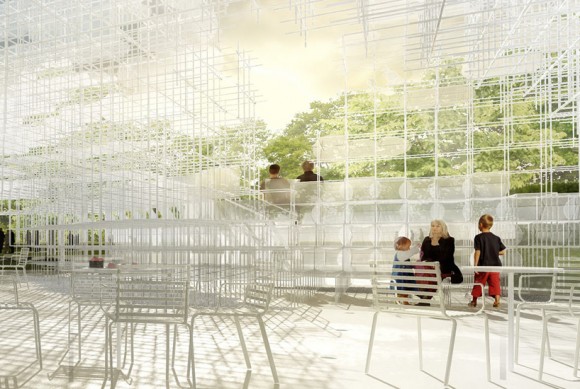 But, as the folks over at the fox is black were quick to point out, Fujimoto is not exactly reinventing the wheel here. Instead, he’s chosen to build upon concepts he’s worked on recently, like his dog house (left), which he designed for Kenya Hara’s Architecture for Dogs, and his House NA (right), both of which he worked on in 2012. 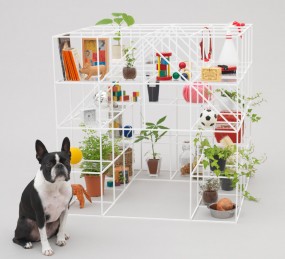 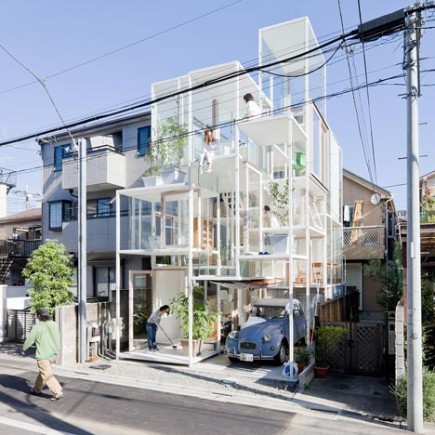 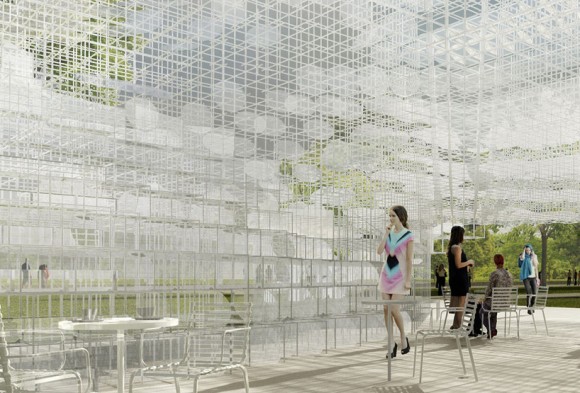 At a press conference this morning in London Sou Fujimoto unveiled his cloud-like pavilion made from a grid of delicate steel poles arranged in a latticed structure. Along with the unveiling came photographs by architectural photographer Iwan Baan. Although the pavillion will open on June 8, Fujimoto is giving a talk that day (sold out) and access will be limited.  But it will stay open until October 20. 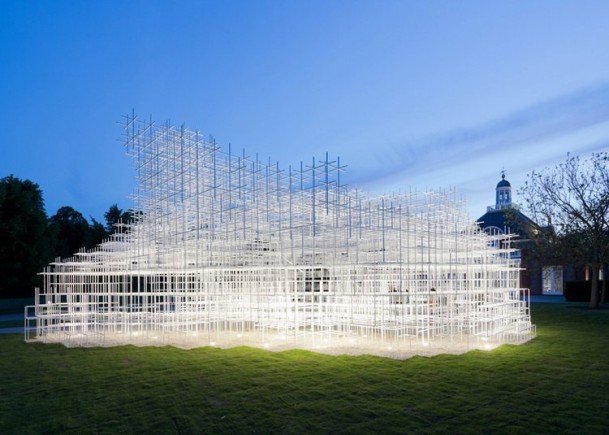 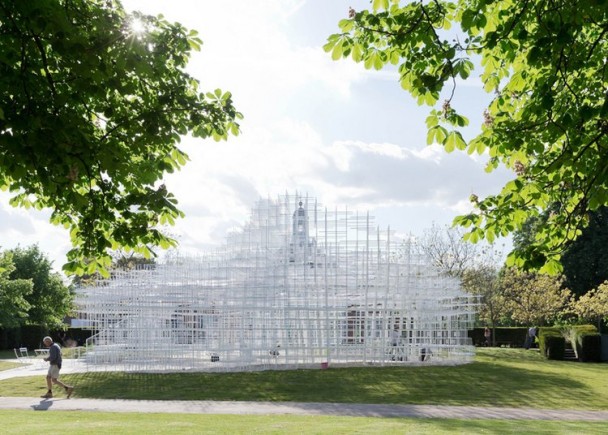 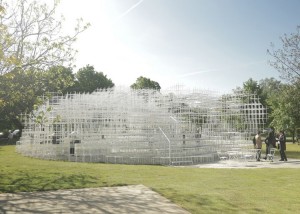 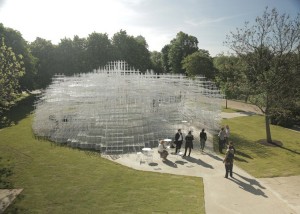 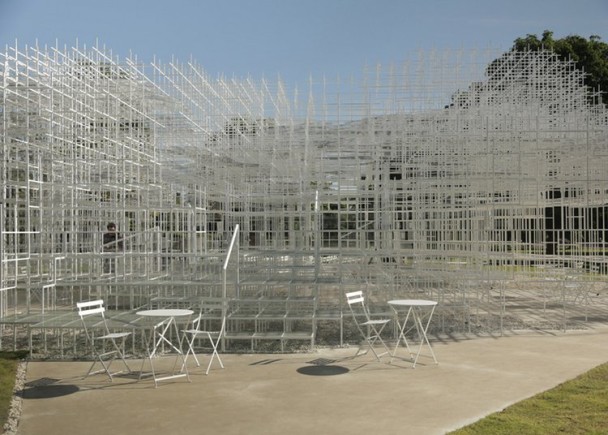 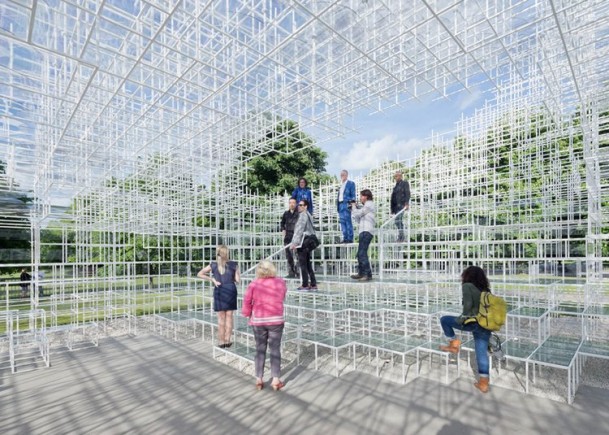 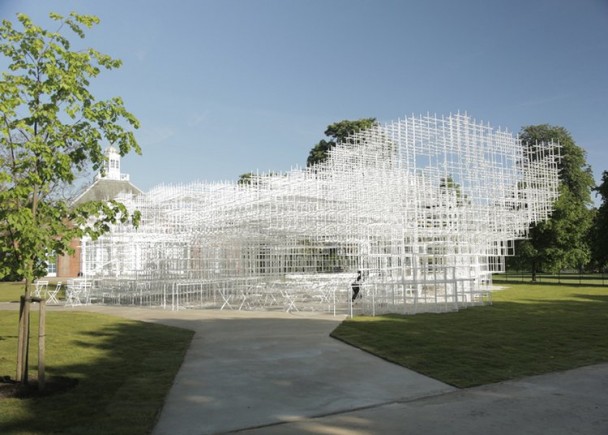 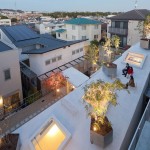 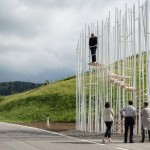 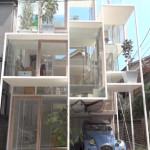