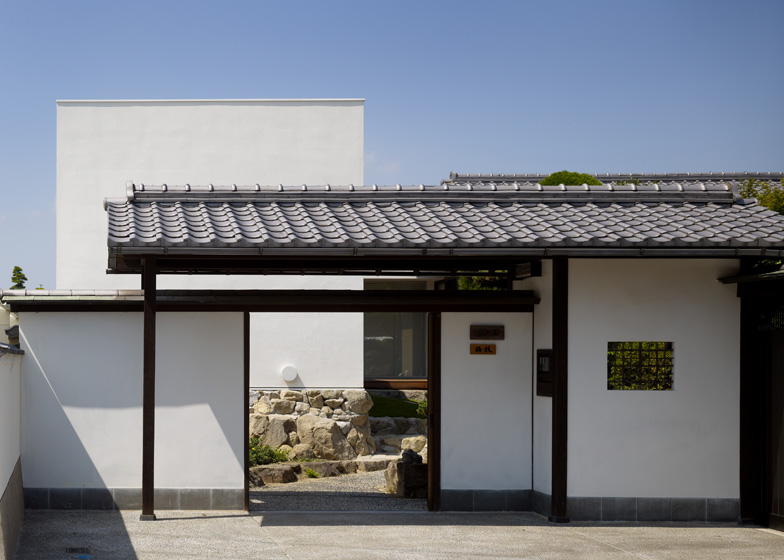 “The daughter has memories of climbing these trees when she was little.” 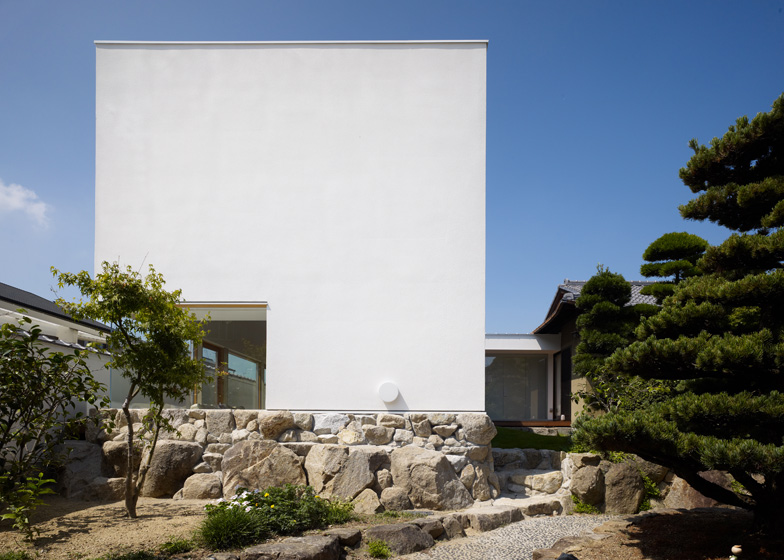 When the parents living in an old 35-year old home decided they needed to bulldoze their garden to make way for an extension for their daughter and her husband, they were immediately confronted with an immovable problem. Two trees – a Zelkova and Camphor – had stood on the site since the original home had been built, quite literally looking over the family as they aged and grew. “The daughter,” says architect Hironaka Ogawa, “has memories of climbing these trees when she was little.” 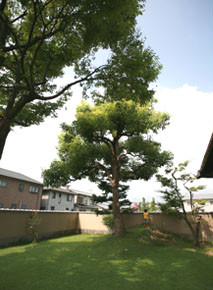 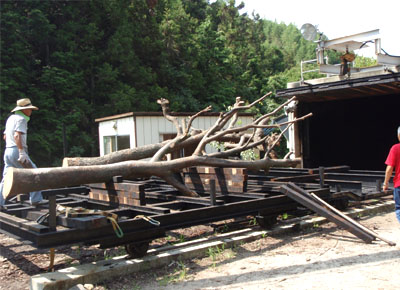 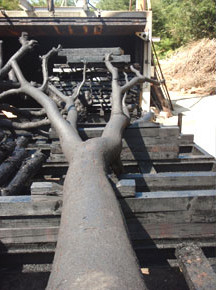 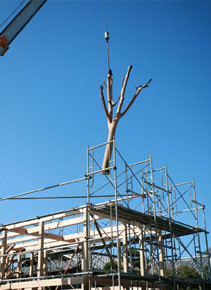 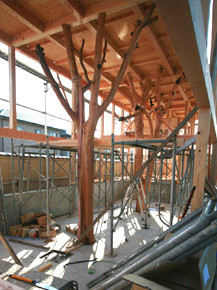 Ogawa’s initial plans to somehow design the home around the trees was shattered when he saw how grounded these monumental trees were as being held securely in the palm of history. And yet he was being asked to make way a new abode that would continue to protect their growing family.

The trees were cut down, but not before a Shinto priest was brought in to ward off any evil spirits. They were then transported to a local kiln where they were smoked and dried for 2 weeks to remove all moisture. The trees were then returned to the site where they were crane-lifted into the room and secured to act as main structural columns. “When this house is demolished and another new building constructed by a descendant of the client hundreds of years from now,” the architect says, “surely these two trees will be reused in some kind of form.” 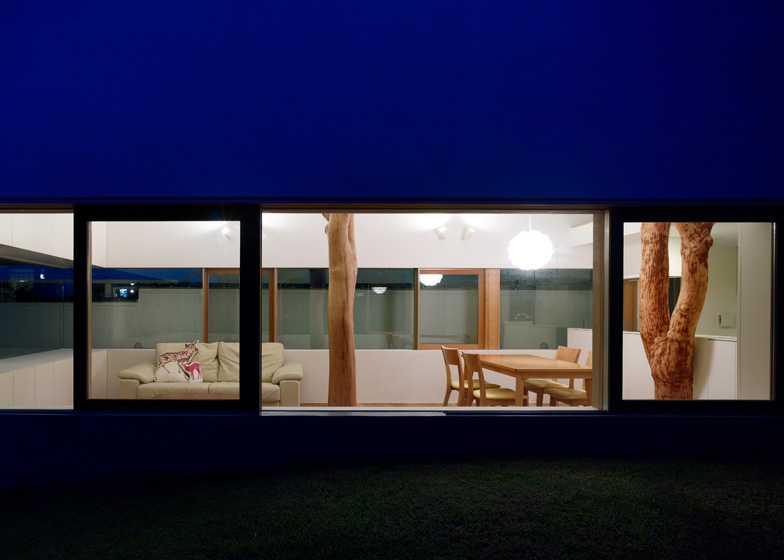 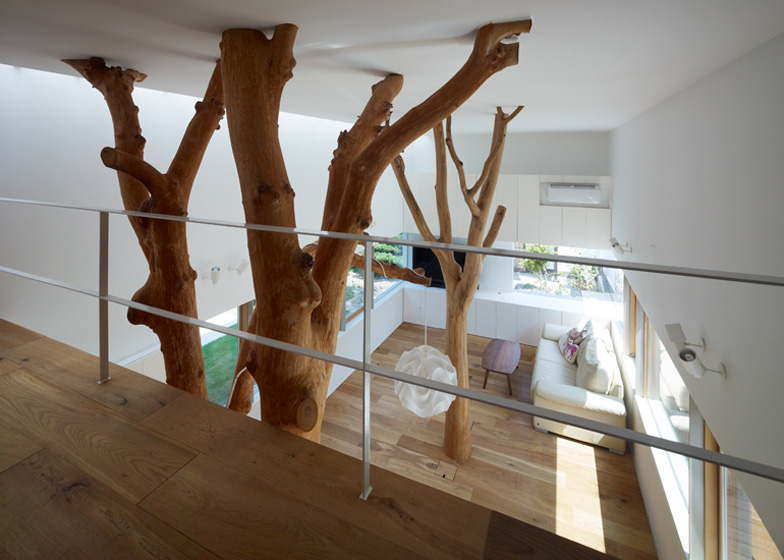 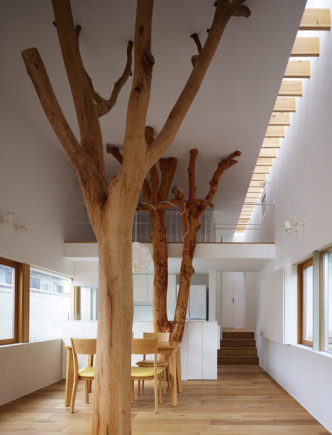 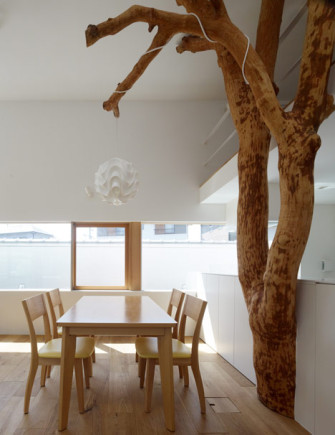 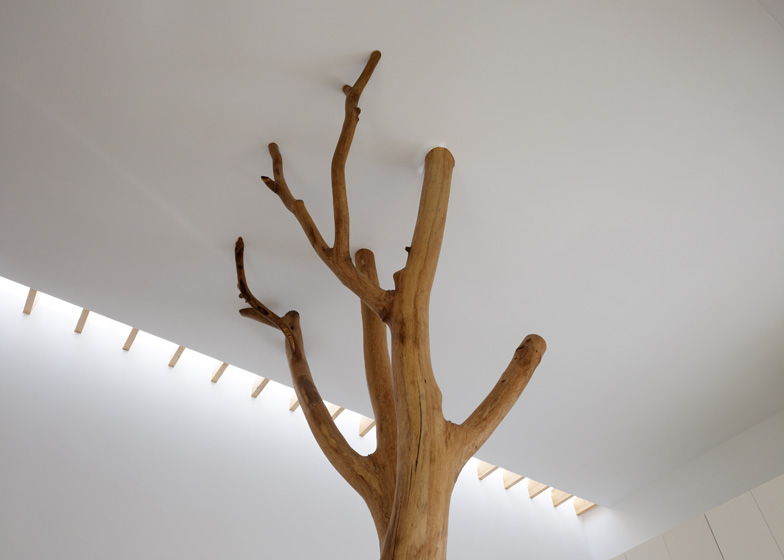 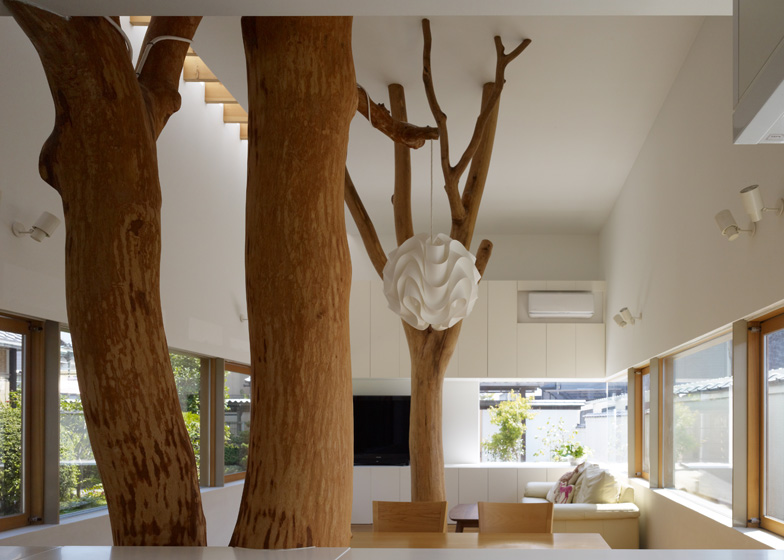 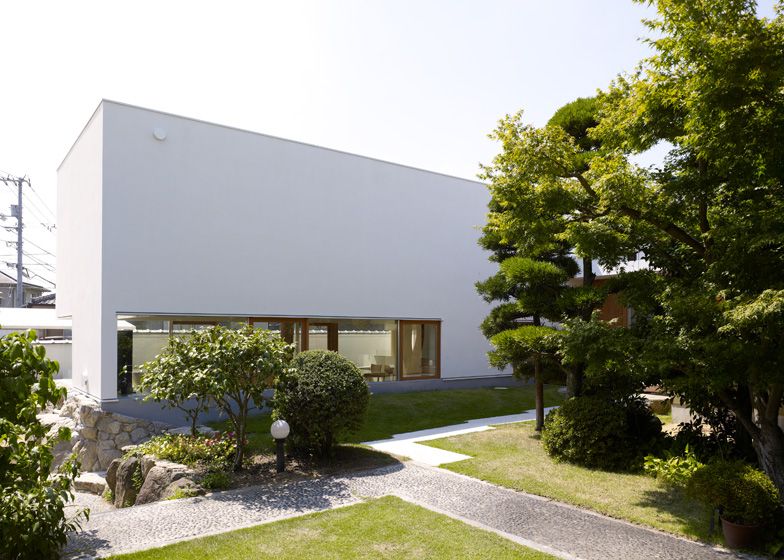 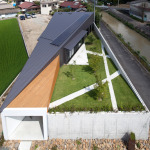 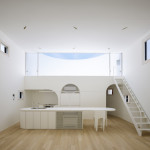 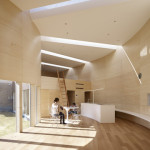