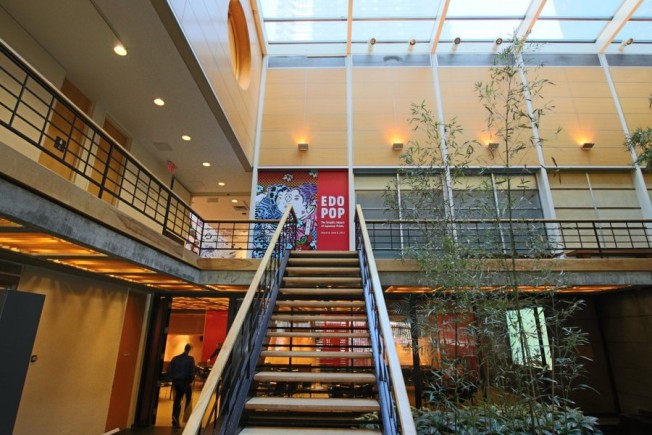 Tomorrow marks the official opening of Edo Pop: The Graphic Impact of Japanese Prints. It also marks the first exhibition that Miwako Tezuka will be overseeing since she was named Gallery Director for Japan Society last year. The exhibition juxtaposes nearly 100 historic ukiyo-e woodblock prints with about 30 works by contemporary artists who drew inspiration from the graphic sensibilities of ukiyo-e, merging a dialogue between traditional art and contemporary art.

Visitors are greeted by a vivid, large-scale mural by former Brooklyn-based street artist and former FAILE member Lady Aiko. At a press preview Aiko talked about how the 2011 earthquake and tsunami transformed her self-consciousness, forcing her to rethink the notion of being Japanese. “I wanted to make something positive out of the terrible imagery of water and the tsunami,” she said. 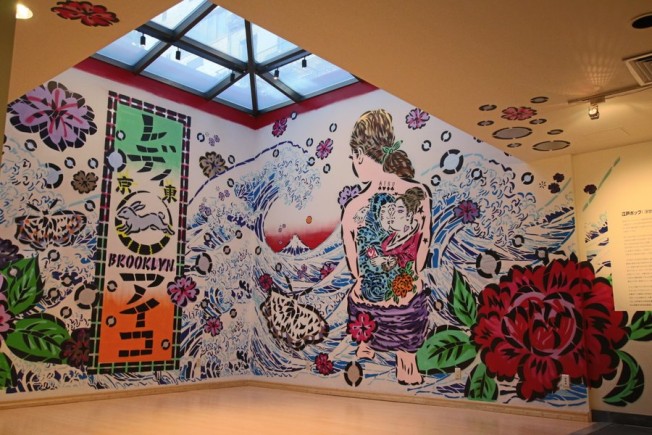 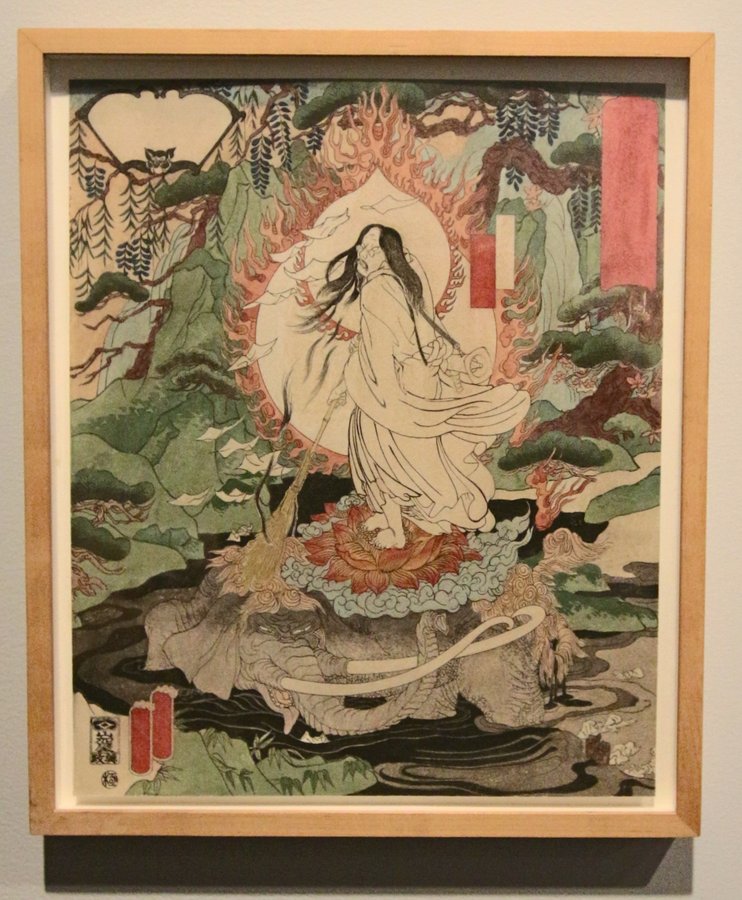 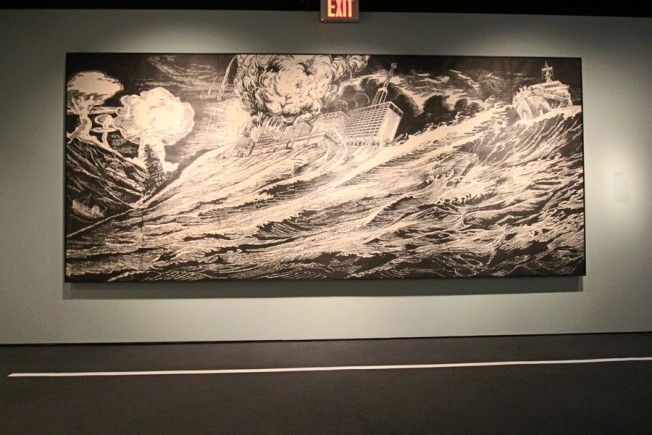 Another piece that is not only prominently displayed but whose sheer magnitude makes it a force to be reckoned with is Sachiko Kazama’s “Alas! Heisoku-kan” (2012). Created as a large woodblock print, Kazama, an artist under Mujin-to Production (the same gallery that houses politically outspoken group Chim↑Pom) has depicted a large battleship composed of a combination of TEPCO’s headquarters and their four nuclear reactors in Fukushima. 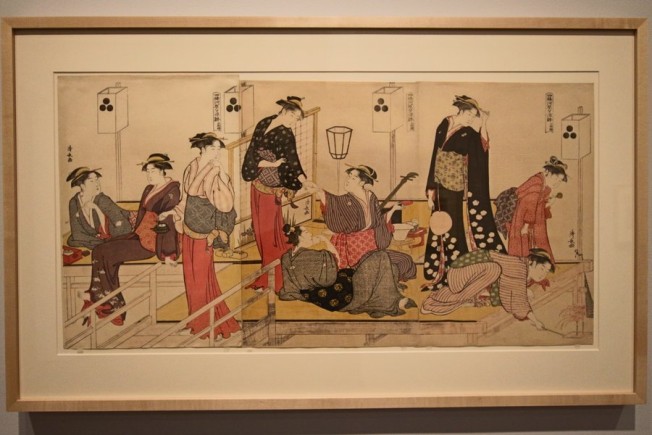 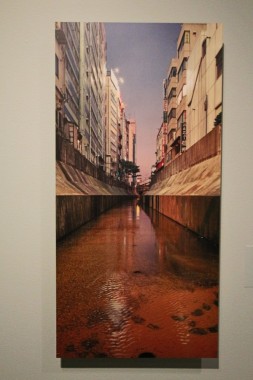 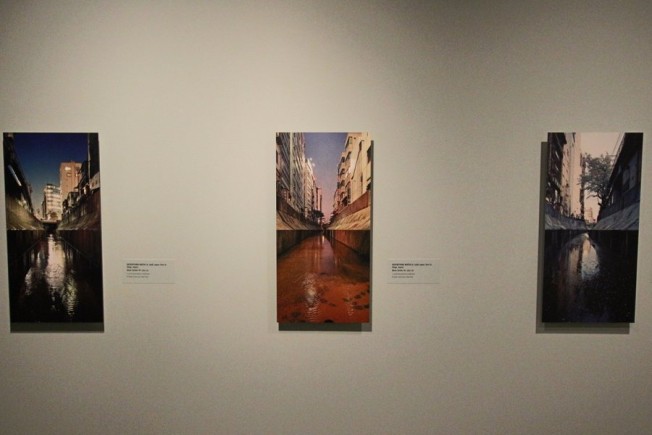 Several artists have work in an auction to benefit Japan Society. If you’re looking to snag some of their works as great prices, now’s your chance. 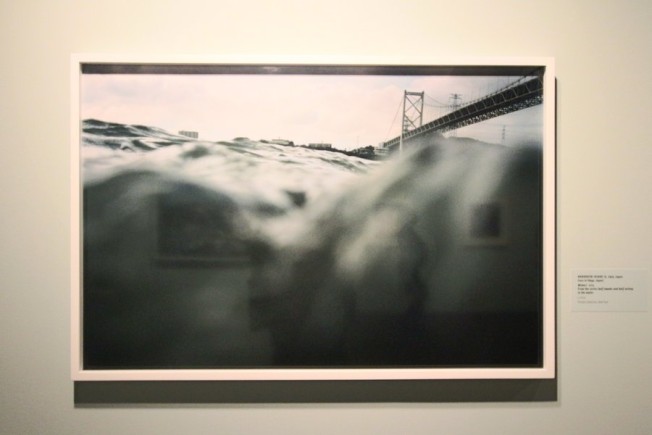 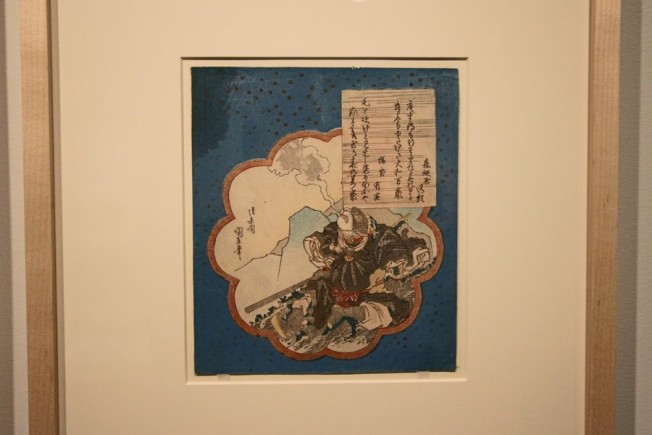 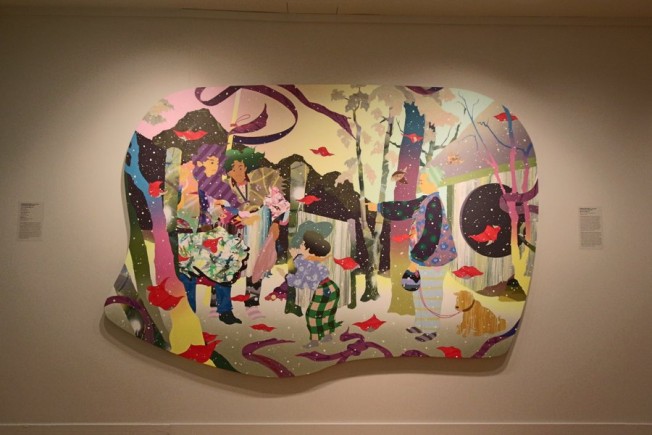 Above is a large painting by Tomokazu Matsuyama, whose studio we visited last month.

It’s interesting to think about this exhibition in context with their 2011 show “Bye Bye Kitty,” which opened just days before the devastating earthquake and tsunami. No one could have expected the show, which featured themes of fragility and decay, to be seen in the light of a real-life disaster. But walking through Edo Pop, once again one can’t help but notice the frequent appearance of waves and water. Our minds, whether consciously or subconsciously, are still very much affixed to the events of 2 years ago. 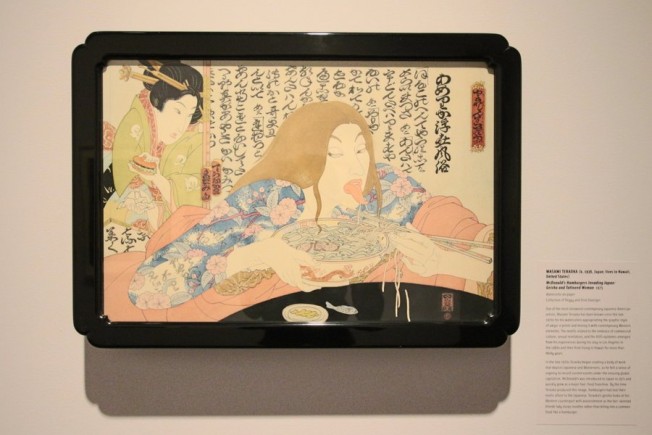 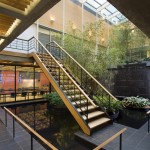 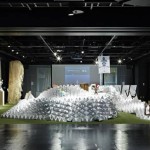