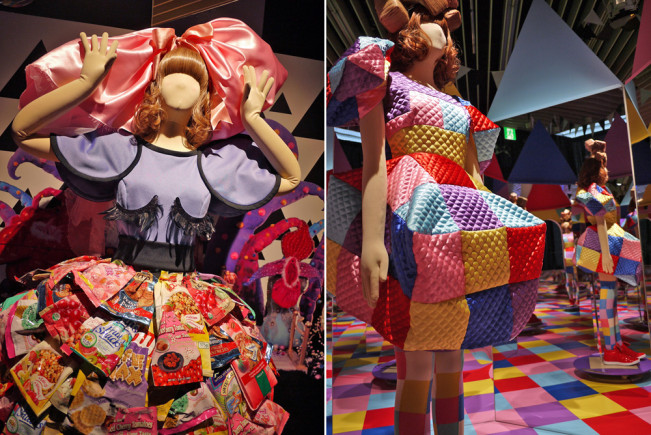 images by Angela for Spoon & Tamago | click to enlarge

J-Pop star Kyary Pamyu Pamyu’s costumes are on display this month at the Kyary Pamyu Pamuseum, a pop-up exhibition space located in Roppongi Hills. Visitors can rent audio guides, search for clues to solve a riddle, and pose with popular costumes from her music videos and concert tour. 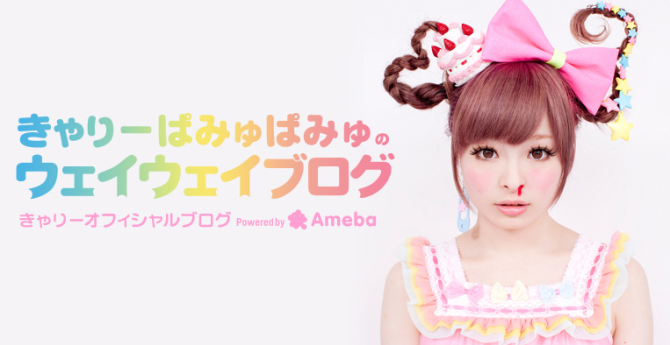 One of Japan’s most visible Harajuku Girls, Kyary Pamyu Pamyu’s career started as a fashion blogger and model. She launched her music career in 2011 with PonPonPon and Tsukema Tsukeru and can now be seen on product advertisements plastered all over Tokyo. Her most recent single, Fashion Monster, is an adept description of her style.

Was that a shower of alien monster vomit? I think I know how he feels.

Despite the fact the Kyary Pamyu Pamuseum is mostly fluff — I’m talking crinoline skirts and a lack of any real depth — it is amusing nonetheless. I enjoyed the chance for an up-close inspection of Kyary’s avant-garde style and how these garments are constructed. Fans who visit also get the chance to step into their idol’s shoes. Even big girls like to play dress-up once in a while. 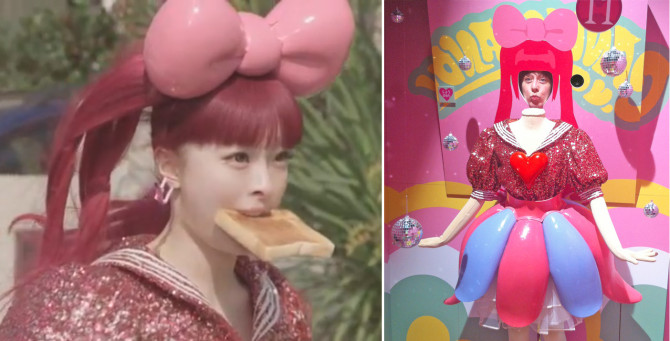