Back in 2008, fascinated by their translucency and strength, Nosigner began experimenting with egg shells in various capacities.

Hatch is a planter made from real egg shells. Mimicking the way eggs nurture the young, greenery feeds off of the nutrition found in egg shells. And because the egg shells are biodegradable, they can be planted in the wild once the plant outgrows its nest. 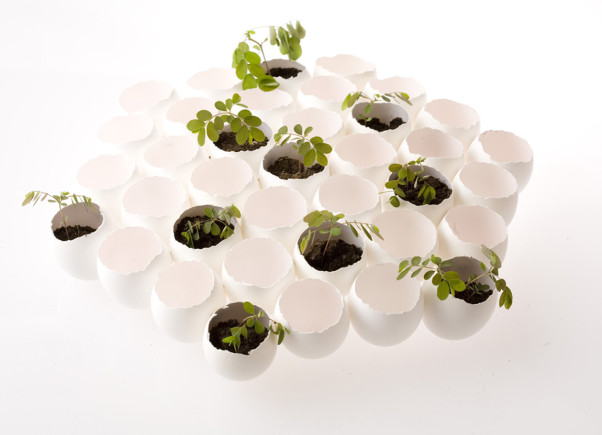 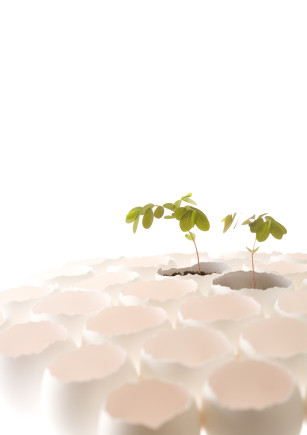 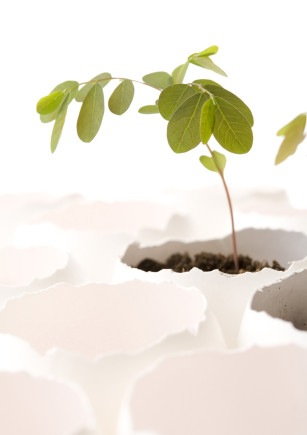 Rebirth is a lighting product made from real egg shells. Despite their inherent fragility, egg shells can disperse weight amongst themselves, allowing for large, complex structures to be built. The resulting forms appear to be autonomous in its beauty, much like the naturally-occurring shapes found in nature. 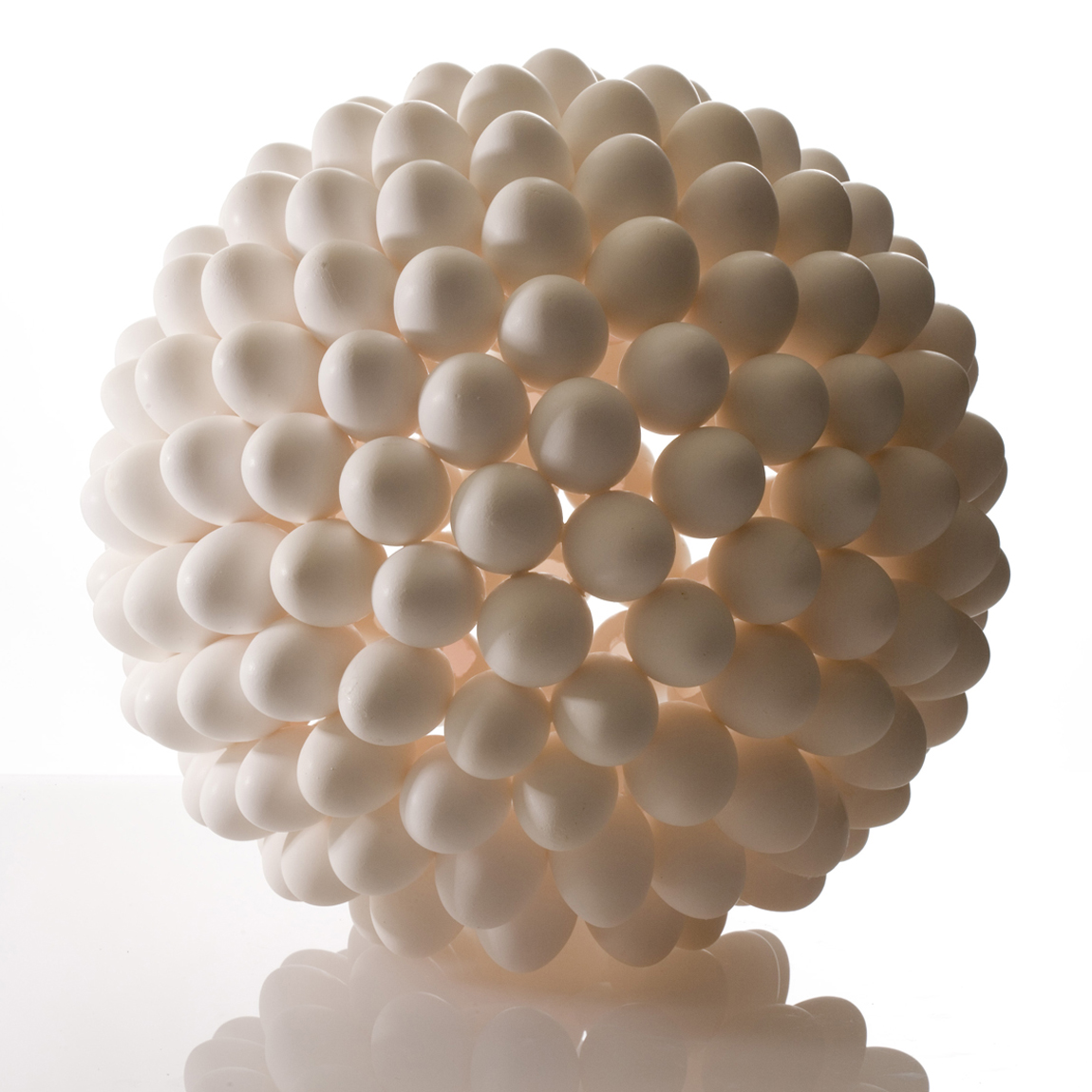 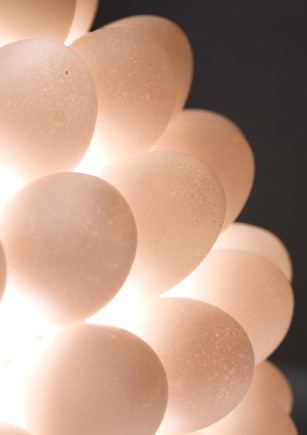 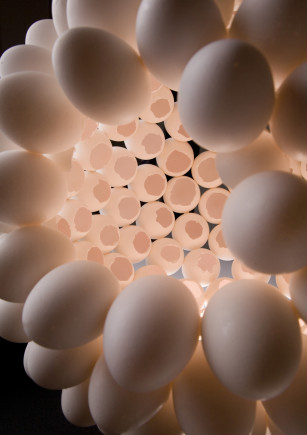 Surrounded by artificiality in this day and age, there exists a strong desire to touch life, nature and other “real” things so as to reaffirm our existence. Titled “Rebirth,” this light was, quite literally, born from life itself. The egg shells possess remnants of life, which are sure to create a relationship that goes beyond just human and object. 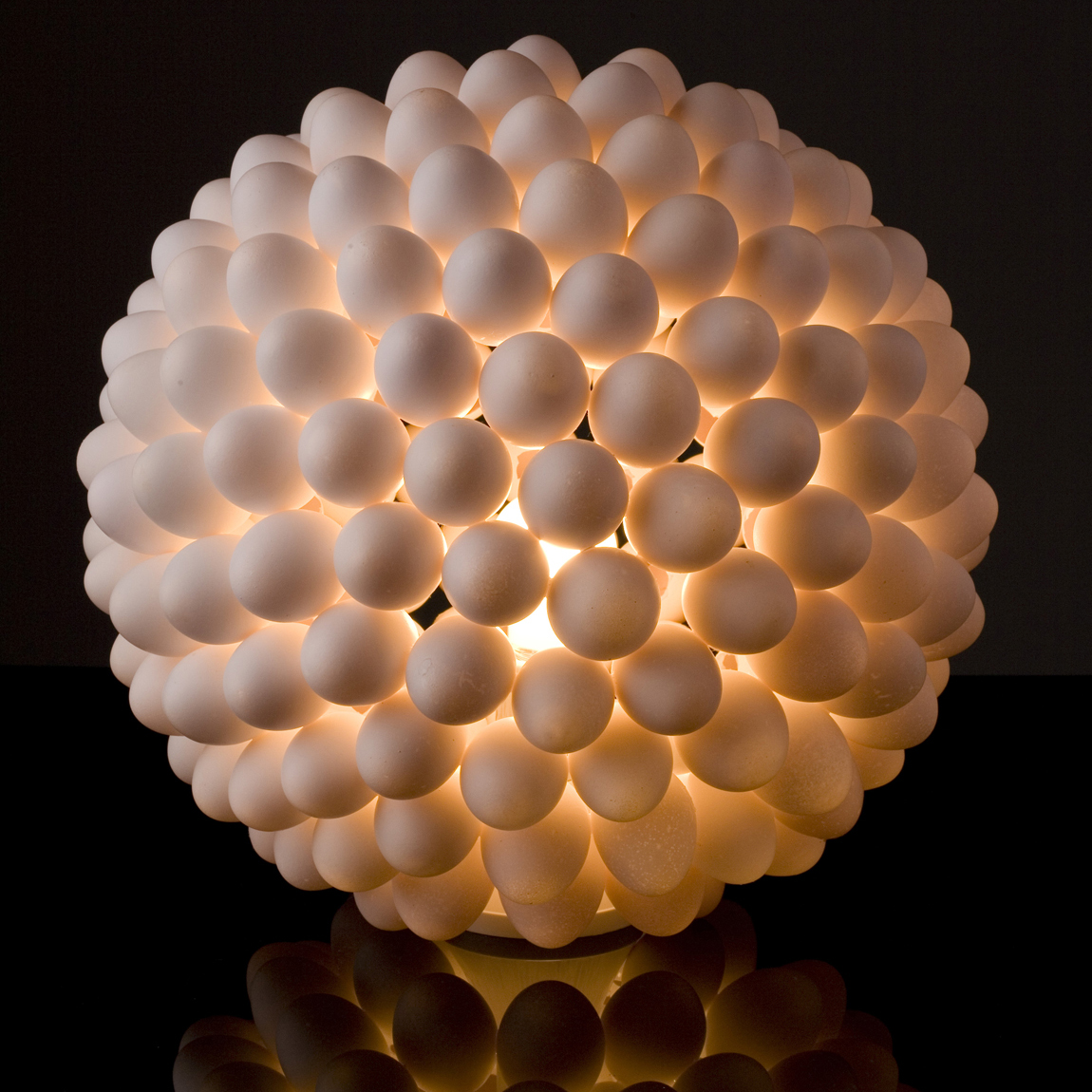