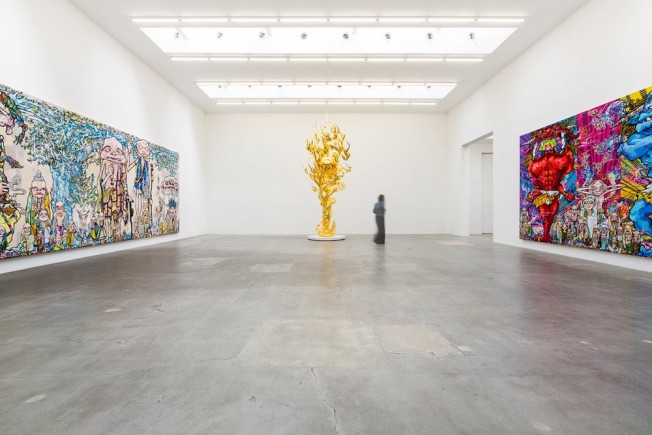 Takashi Murakami, Japan’s answer to Andy Warhol and that pop contemporary artist that everybody loves to hate, is back with an exhibition at Blum & Poe in Los Angeles. And I have to say, his new work – an amalgamation of Buddhist monks, demonic monsters, skulls, flowers and self-portraits – is everything that I love about Murakami. The title of the Exhibition is Arhat, which, in Sanskrit, translates to “a being who has achieved a state of enlightenment,” and sets the stage for a narrative that seems permeate throughout the show. 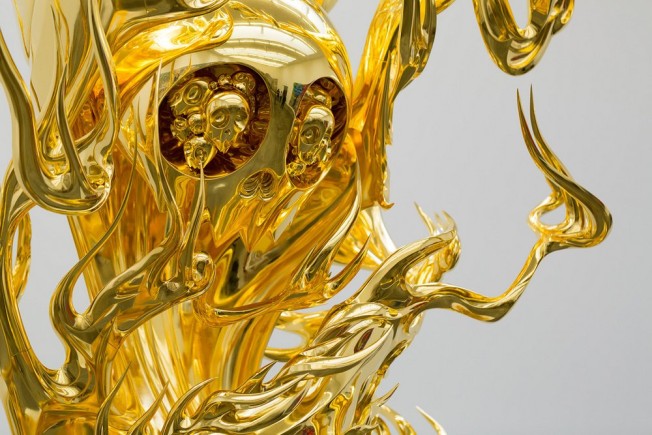 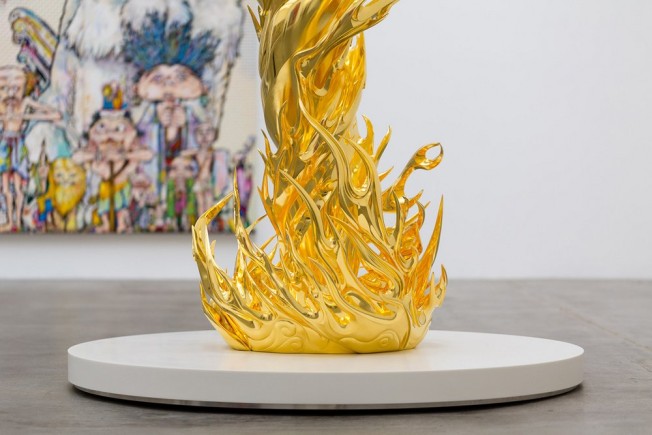 Amongst the large-scale, highly colorful and heavily detailed paintings stands a gold-sparkling flame statue – one of the highlights (figuratively and literally speaking) of the show. 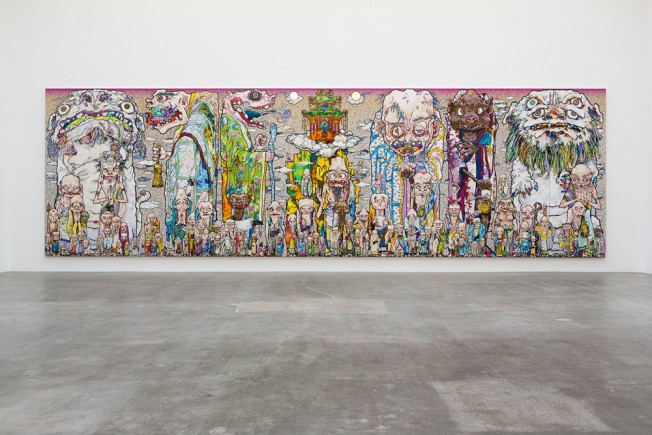 From the press release:

The Arhat paintings conflate historical, contemporary, and futuristic Japanese references with a myriad of styles, methodologies, and forms into single picture planes. The artist’s long-standing interest in Japanese nihonga painting and the contemporary practices of manga and animation are highlighted in this important body of work. 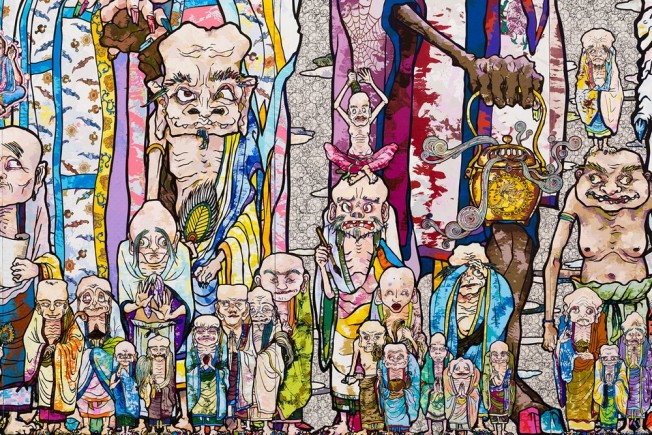 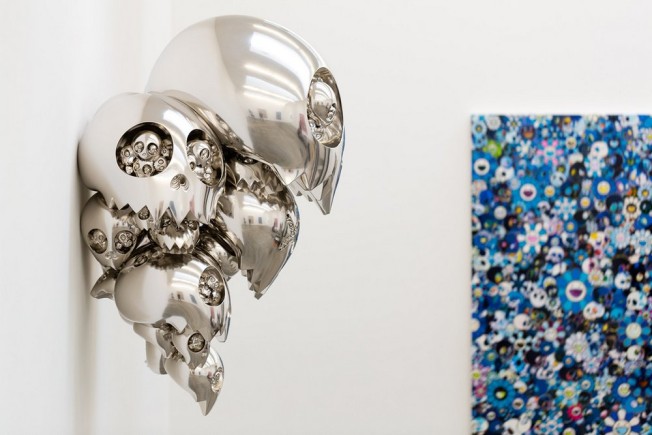 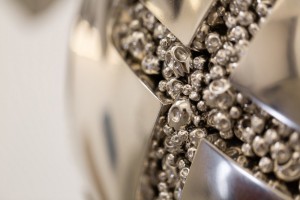 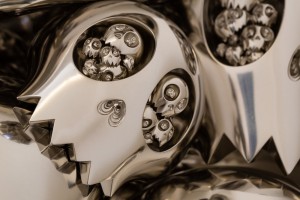 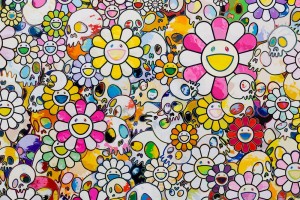 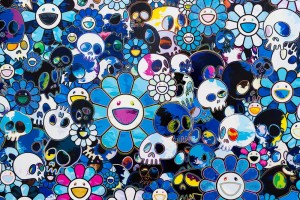 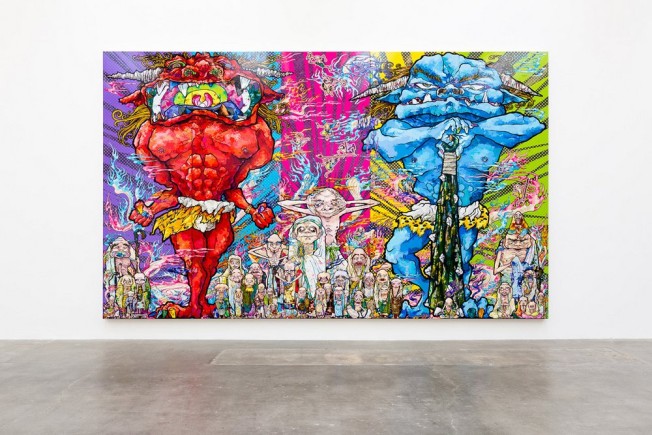 But Murakami was also in town for another reason. He was making his directorial debut and premiering his first full-length feature film. Titled “Jellyfish Eyes” (めめめのくらげ) the film combines live action with animation to tell the story of a boy who loses his father in a natural disaster.

Having recently lost his father, young Masashi moves with his mother to a small city in the Japanese countryside. But when he discovers that their new apartment is already inhabited by a pint-sized, gravity-defying creature, Masashi begins to pull back the curtain on this sleepy town and finds that very little is what it appears to be. 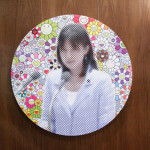 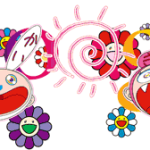 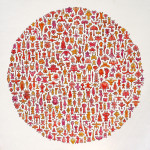