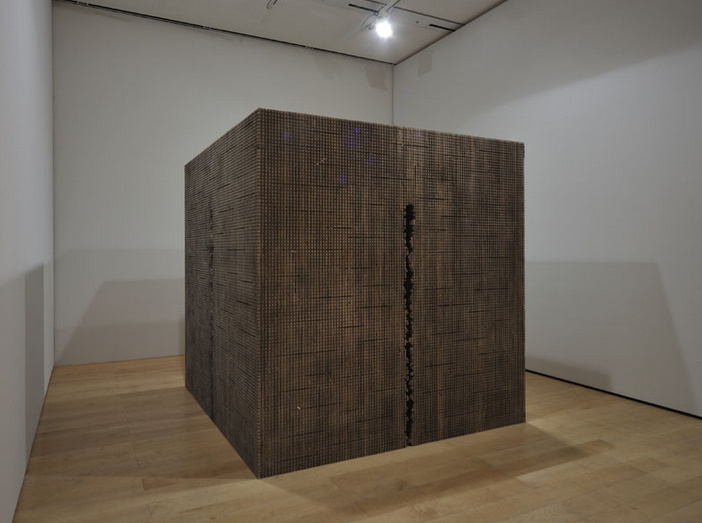 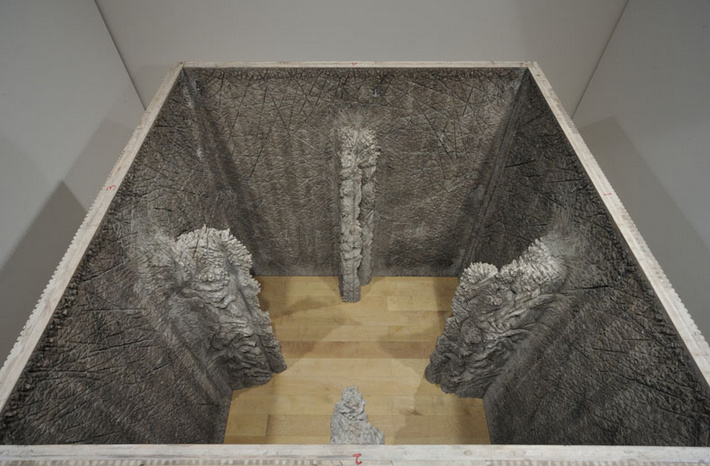 The ShugoArts gallery in Tokyo is currently having a large gallery show featuring some of their most prominent artists. One of those is Shigeo Toya, a 66-year old chainsaw sculptor who originally came to prominence in the 1980s, along with a slew of other chainsaw sculptors looking to capitalize on the fame of Jason Voorhees.

But Toya managed to differentiate himself as a fine artist, bringing with him the post-Mono-ha art movement. Like the original Mono-ha movement, the group of artists used elements of nature and a minimal zen aesthetic but introduced a fresh artistic process of reasserting the hand of the artist.

In Toya’s case, the primal force of the chainsaw is clearly evident in the scars of the wood, but only to a certain extent. In other cases it’s almost hard to believe that the intricate relief carvings were done with something like a chainsaw. 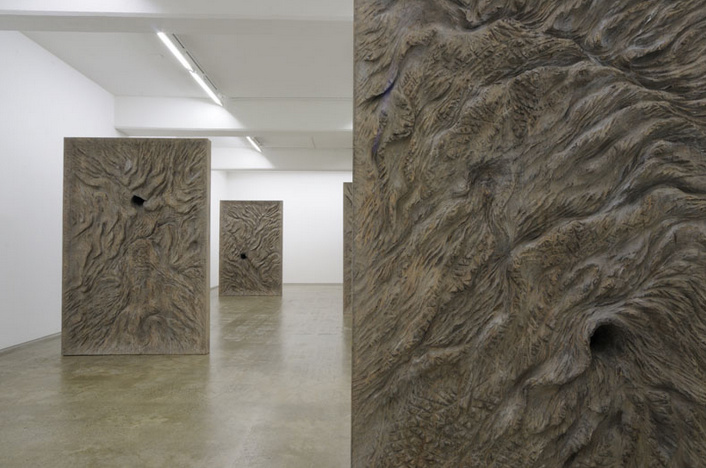 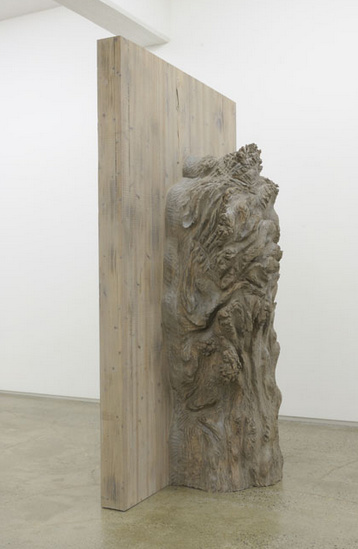 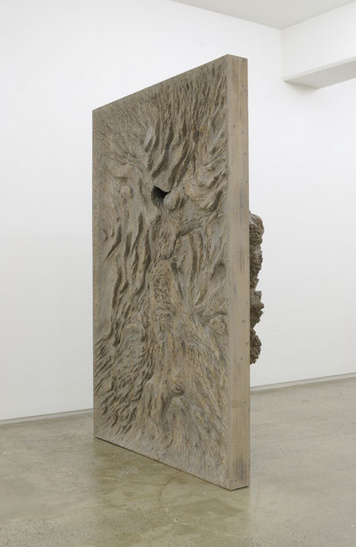 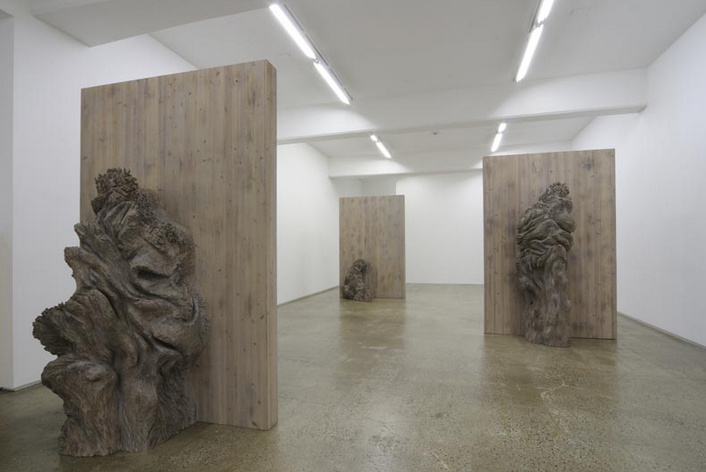 Three elements are always found in Toya’s works: sculpture, fire and colour. After his sculptures are carved, Toya uses ash to apply color to certain parts of the wood like a painter. 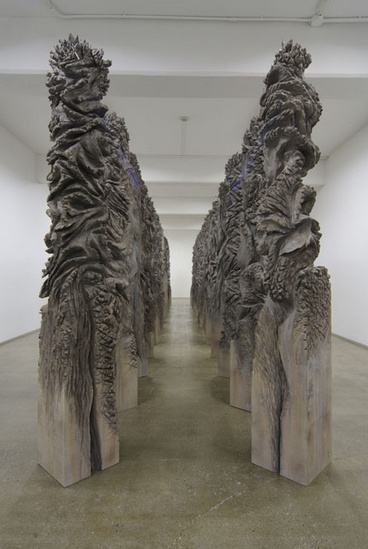 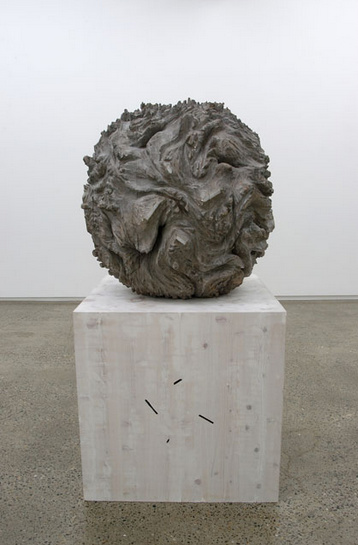 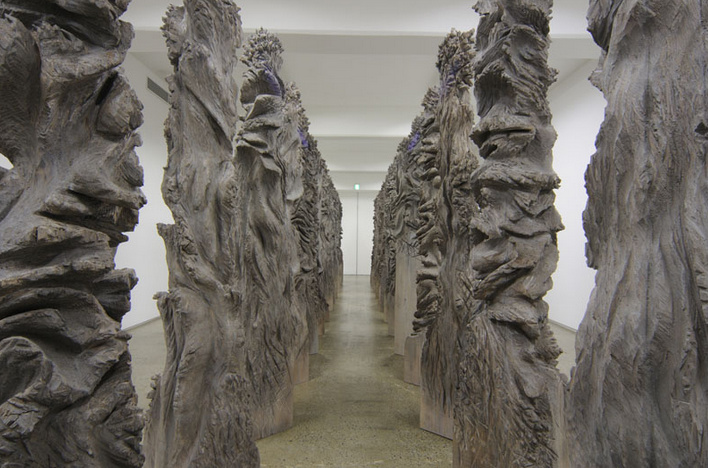 The group show at ShugoArts is on display until June 29, 2013 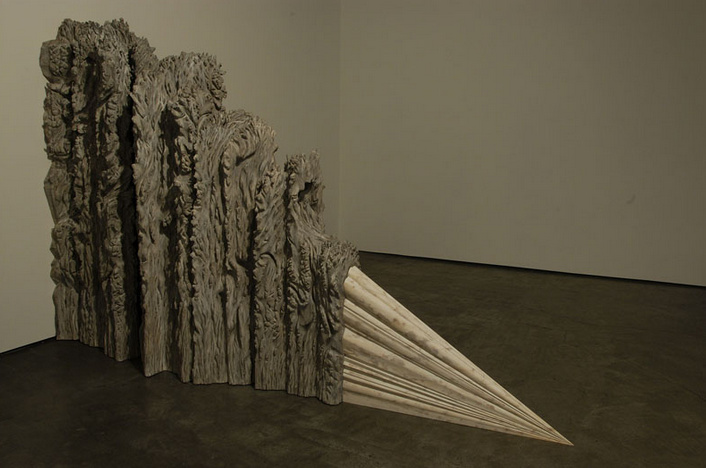 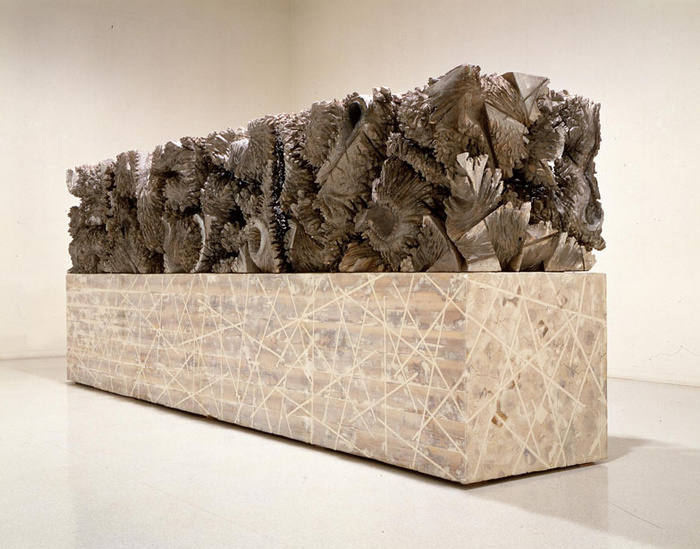 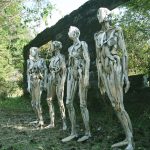 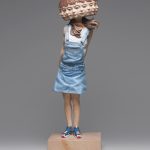