A short intro on beauty salons in Japan

The Japanese beauty salon business is a cutthroat industry. According to Shirosaka Inc., a company that aggregates beauty salon data in Japan (yes, that exists), the number of shops have been on a steady rise ever since they began tracking data in 1970. Over the last 40 years the number of beauty salons have more than doubled, from around 100,000 to 223,000 in 2011. And it’s not just in the numbers. Every time I visit Japan a fast food shop or a flower shop has closed down, only to be replaced by a beauty salon. Meanwhile, Japan is seeing one of the most rapid declines in population of any country on earth. Then why are there so many beauty salons, you might wonder? The reasons are vast and varied and includes a large number of beauticians who leave their nest to start their own shop, but also an ongoing trend in which young Japanese men try to resemble their female counterparts.

So to survive in such a harsh market, beauty salons have taken to creative means to lure customers, often enlisting architects and designers to help create an ideal environment that will win over clients. In a short series, we explore recent trends in beauty salon architecture – a field that has uniquely evolved in Japan. 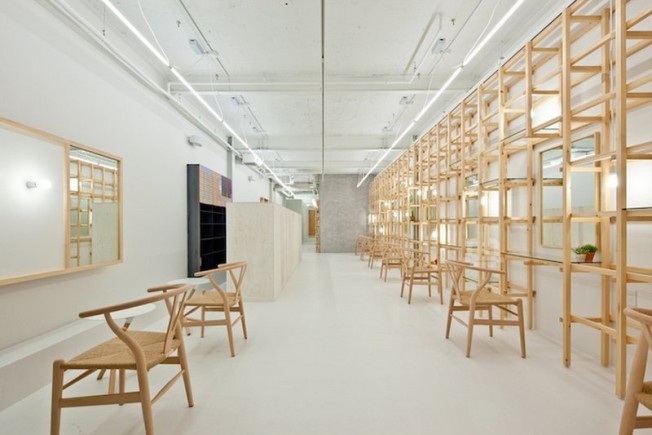 “I wanted to create a be-all and end-all beauty salon for our clients,” says Yuki Shirasawa, who explains the name behind her beauty salon “End…Link,” which she started 6 years ago in Osaka. But as her business grew, so did her team and the time came to move into a larger space. So Shirasawa went about locating a address. She decided on a 90ft-deep space in central Osaka.

Yasunari Tsukada, the designer who helped create her first space, was brought back on board. “The scope of what I design isn’t fixed. I think about all things and objects on the same plane as possible targets for design, and constantly think about what it means to ‘design’ something,” says Tsukada, who came up with a creative solution to utilize the elongated space. Inspired by the rawness and flexibility of a jungle gym, Tsukada decided to install architectural wooden lattice screens on one wall. Providing only a structural framework, the lattice takes on various functions, acting as display shelves and tables, but also helping to define the space without the use of partitions, which tend to be isolating. 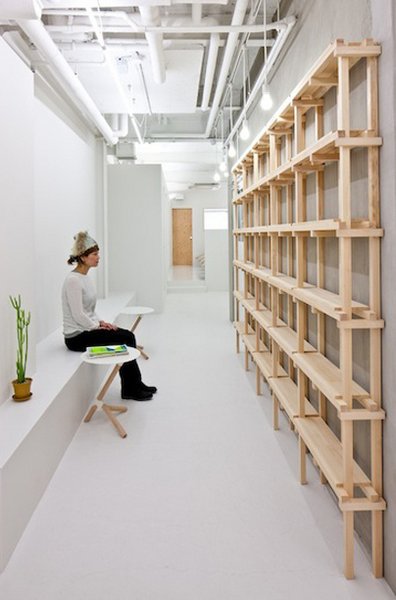 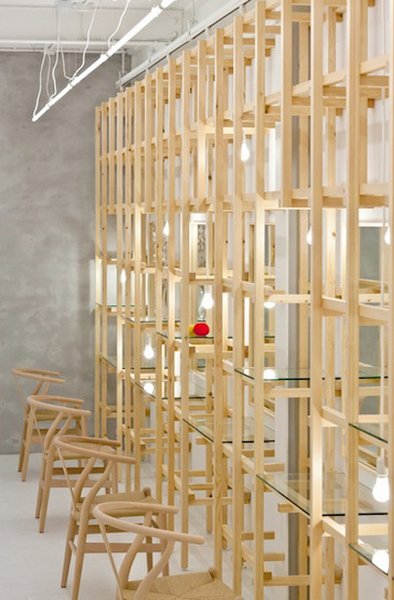 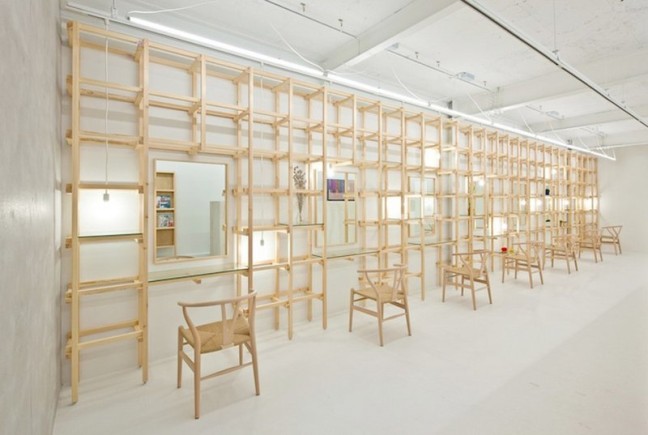 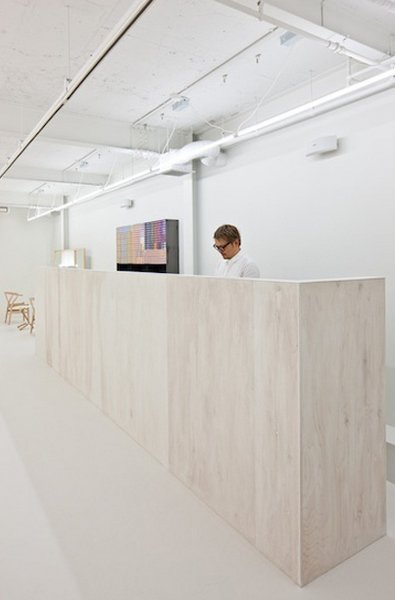 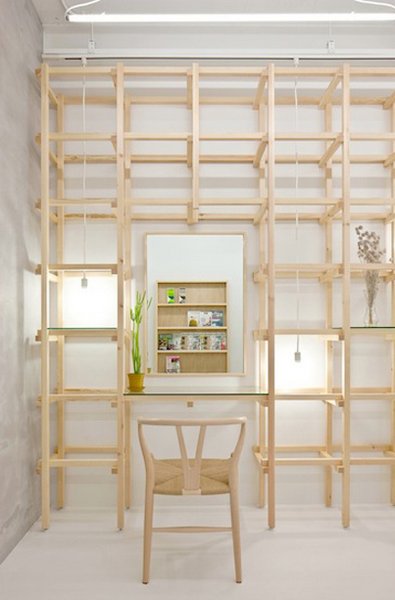 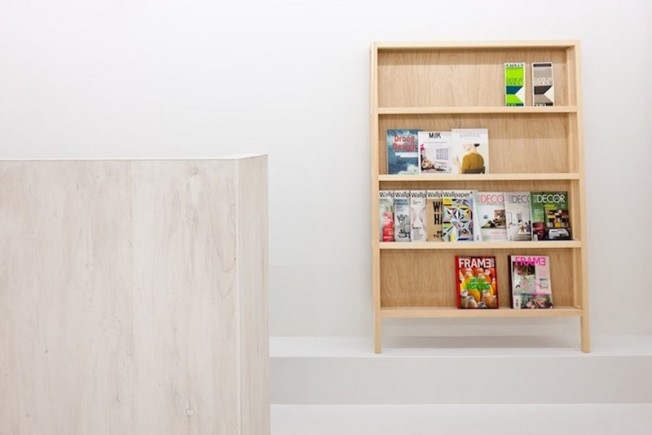 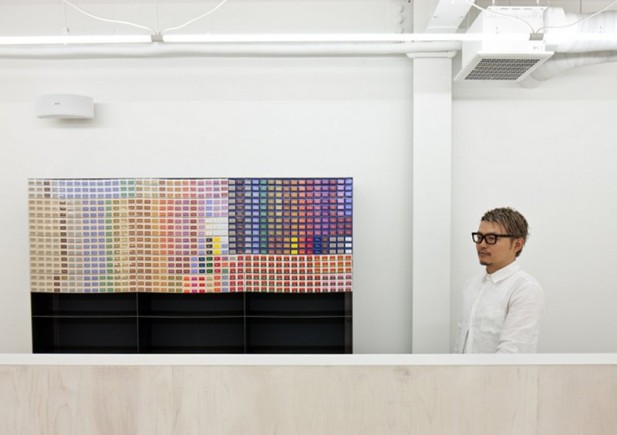 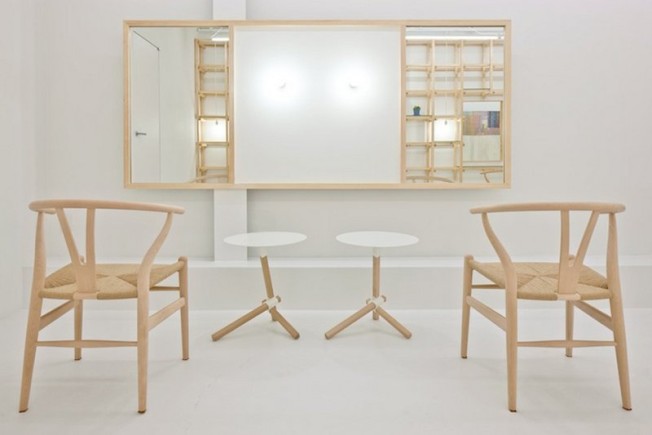 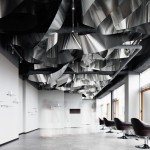 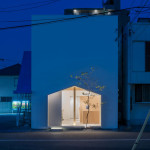 a minimal beauty salon with an emphasis on form 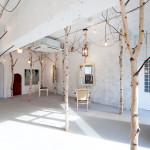 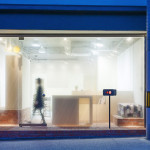 Pacific Dazzle baton | a hillside oasis in the city