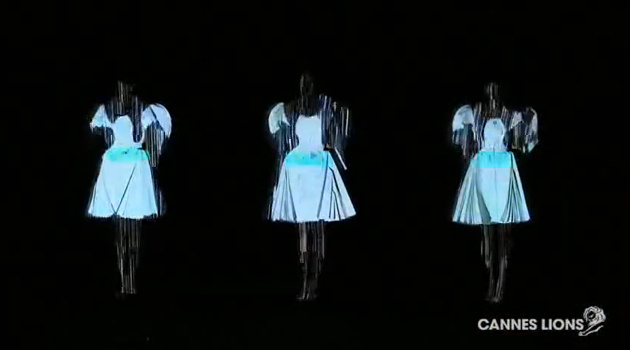 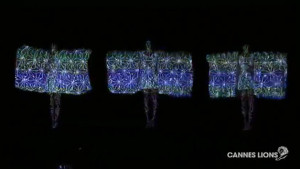 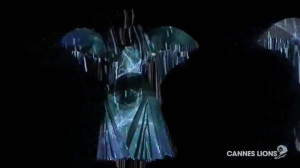 Last week marked the 60th Cannes Lion International Festival of Creativity in Cannes, France, where the best of the best creative advertising is honored. Agencies from Japan came home with a total of 33 awards (down from 55 last year) including top nods for projects like World Wide Maze, Tokyo City Symphony and Penguin Navi. But perhaps the most high profile act was pop idol group Perfume, who not only won an award for their Perfume Global Site Project but also put on an impressive performance with the help of Daito Manabe, digital creation director at Rhizomatiks.

Manabe’s skillful use of projection mapping, a technology used to turn irregularly shaped objects (in this case, the 3 girls’ outfits) into video projection screens, won them a standing ovation at the end of the performance. This was the first time a Japanese act has performed on the Cannes Lions stage. 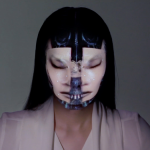 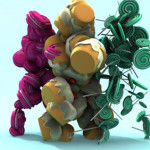 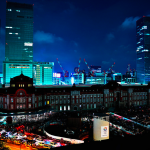