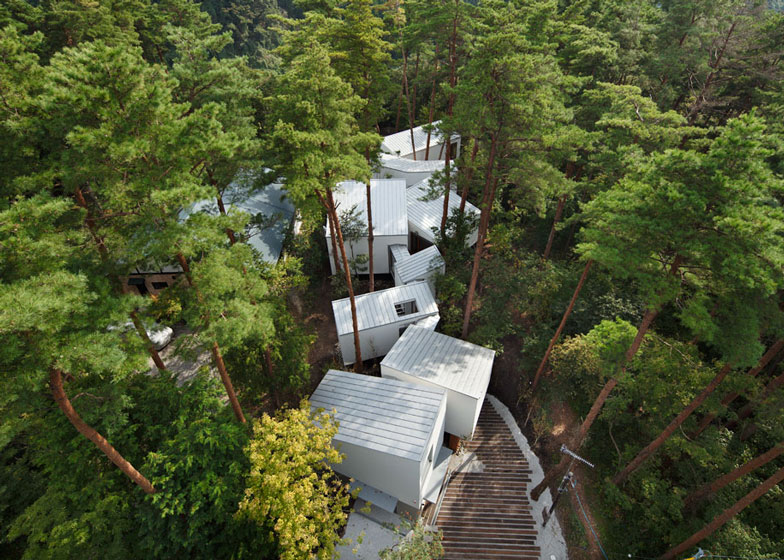 “The figures of the trees are beautiful. They are the legitimate habitants of the forest.” 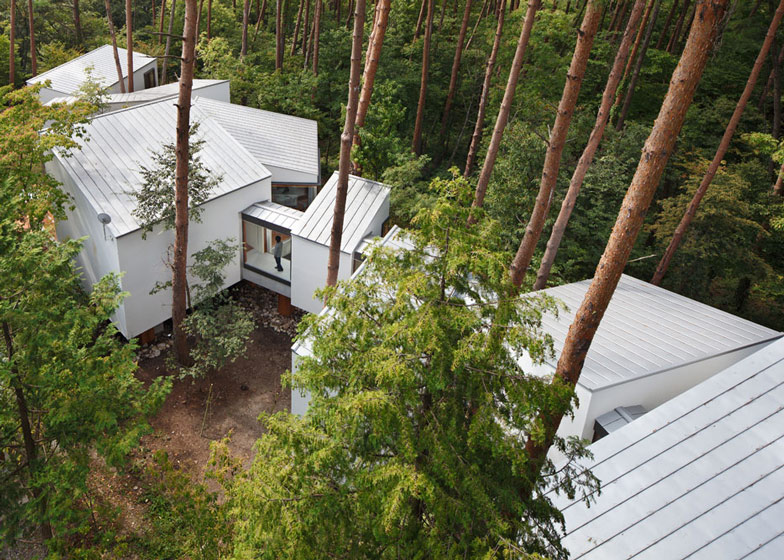 “Trunks reaching towards the sky with bountiful leaves. The figures of the trees are beautiful. They are the legitimate habitants of the forest,” says architect Keisuke Kawaguchi, describing the forest where he designed a home to fit in between the gaps of trees.

Residence of Daisen, named after the mountain in Tottori prefecture where the house rests, is made up of several containers positioned in open areas of the forest. They’re connected by passageways that strategically meander around trees. But the topography of the land wasn’t the only field that required careful study. In the winter Daisen gets between 6 -7 feet of snow. By raising the house off the ground on pillars the architects not only prevented potential snowfall problems but also allowed for more breeze to pass through the home. It’s a home that, in the truest sense of the phrase, coexists with nature. 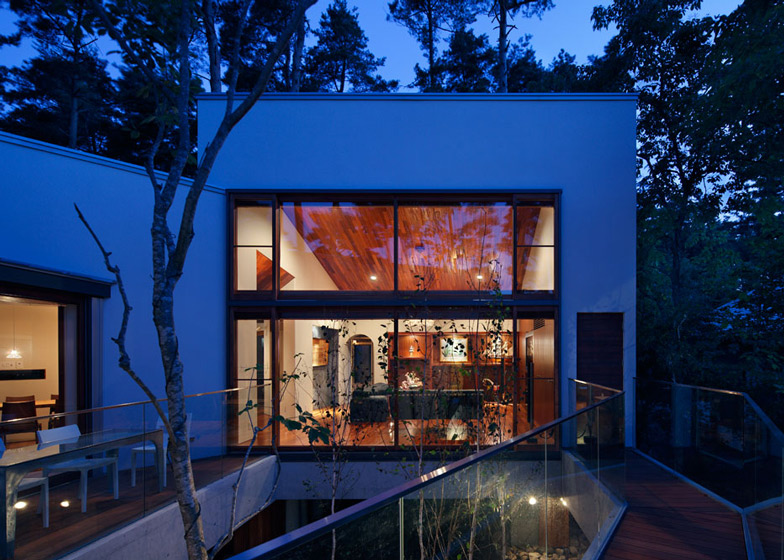 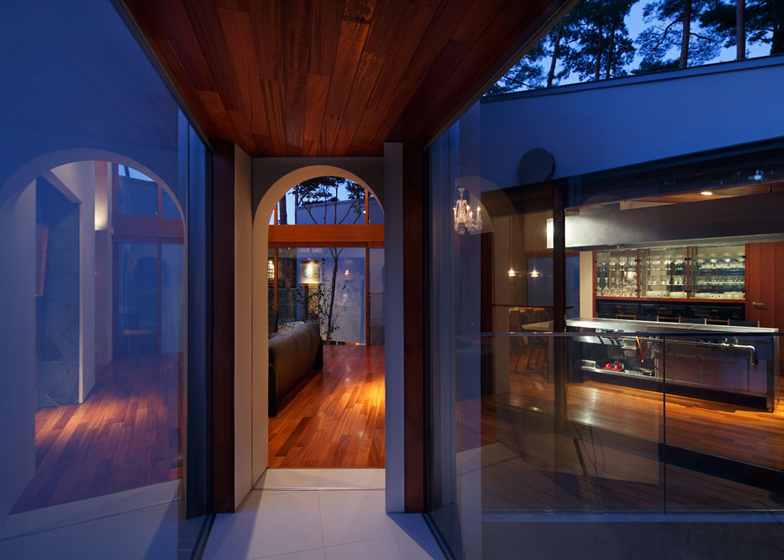 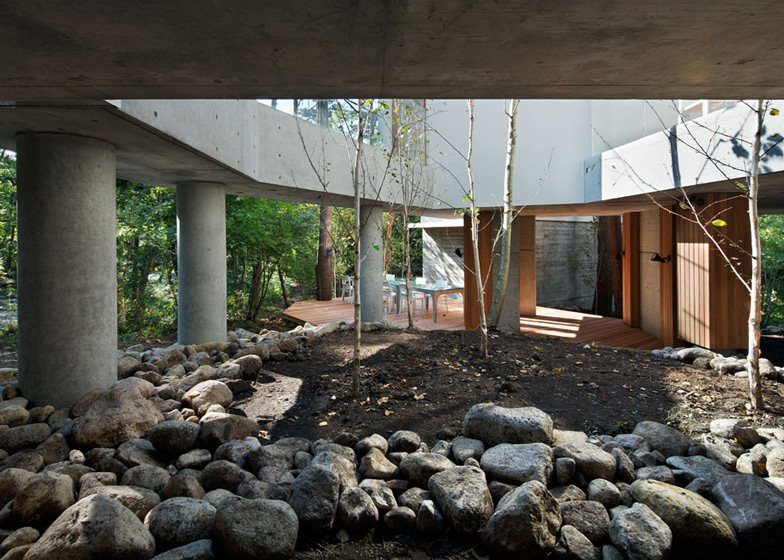 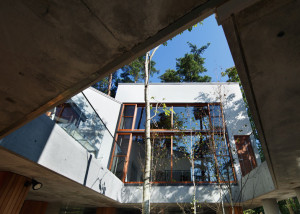 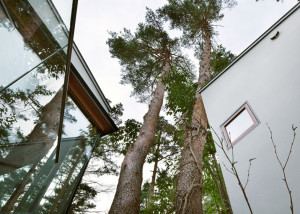 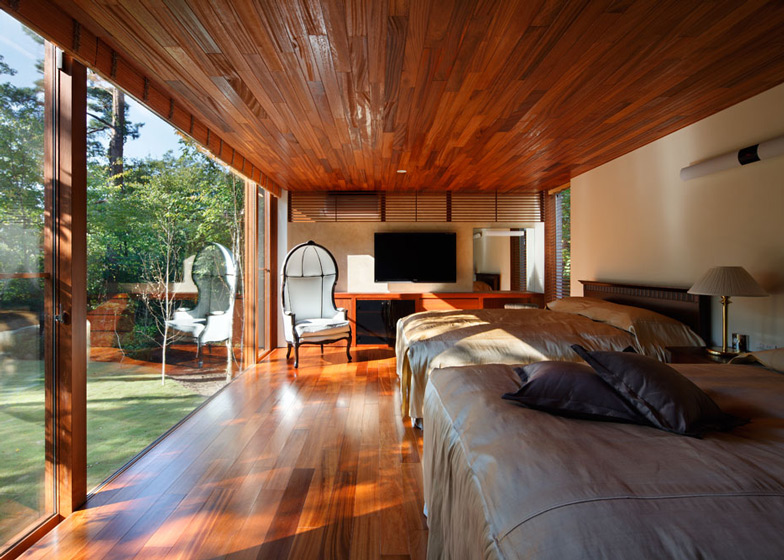 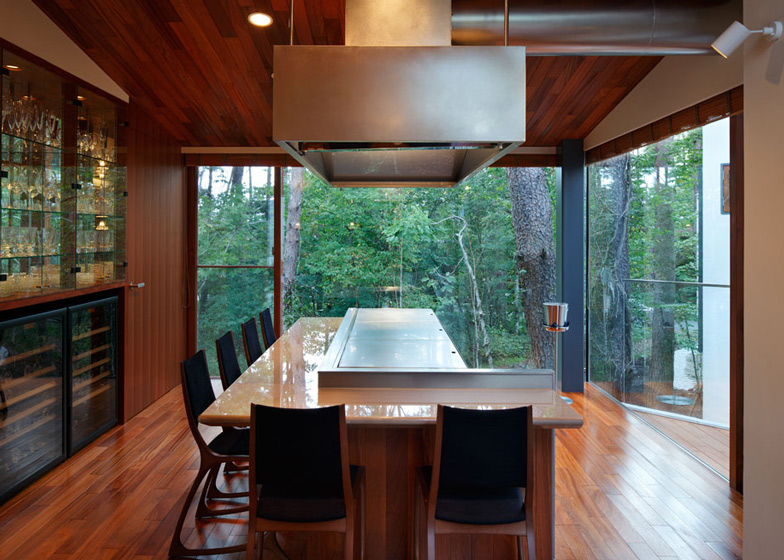 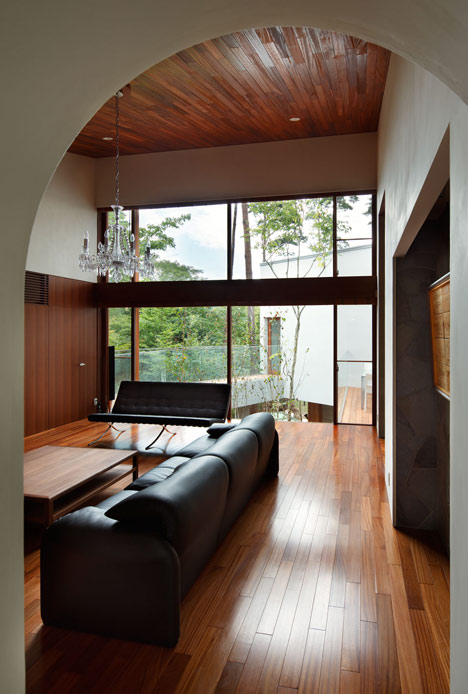 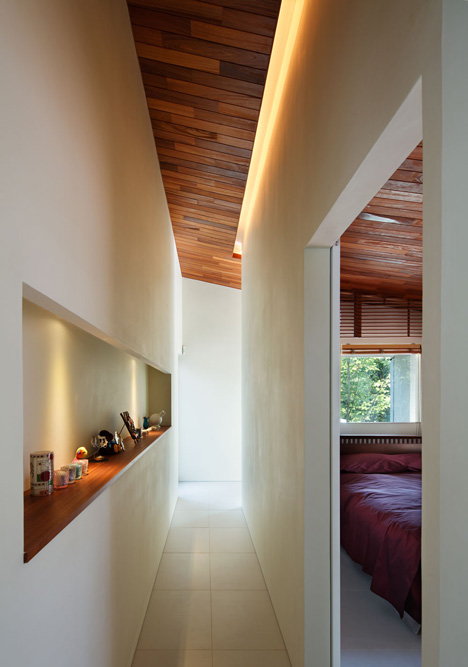