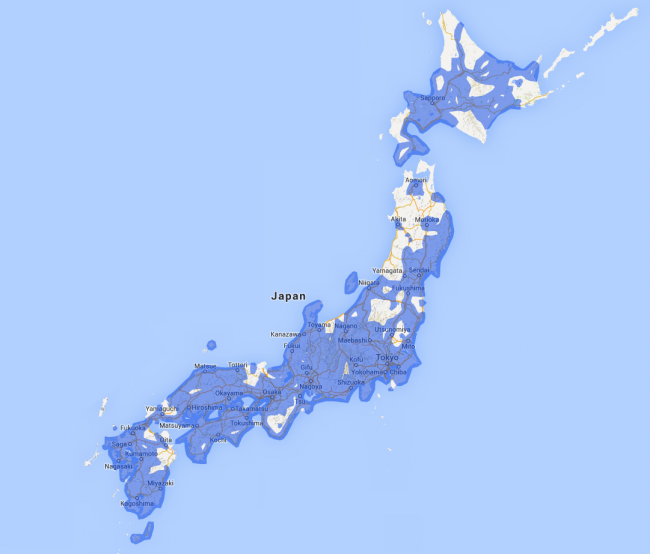 The island of Japan, from Northern Hokkaido to Southern Kyushu, is about 1500 miles long. Traversing it by car would take about 30 hours of non-stop driving. And even if you had the time and resources, it’s a daunting feat that few have probably succeeded at. But design engineering firm takram have figured out a way to do it while sitting at your desk. And in under 1 hour. Fifty five minutes, to be exact.

“Wait, do you think we can traverse all of Japan simply using Street View?” It started with a simple question, after discovering that most of Japan has now been photographed by Google’s Street View. By hacking the open source code of a program known as Hyperlapse, which allows you to create short animations using frames from Street View, the team managed to create an automated program that would capture all the frames and animate an entire route from the Northern to Southern tips of Japan. Engineers amaze me.

From Northern to Southern Hokkaido (10 min)

Takram has uploaded their own source code so you can use it to program different routes.

From Northern Honshu to Tokyo (10 min)

From Osaka to the Southern tip of Honshu (10 min)

From Northern to Southern Kyushu (9 min)